In a year that has seen the musician Grimes sell a collection of digital artworks for almost $6m (£4.4m), and the original photo behind the 2005 Disaster Girl meme go for $473,000 (£354,000), Collins Dictionary has made NFT its word of the year. The abbreviation of non-fungible token has seen a “meteoric” rise in usage…

The abbreviation of non-fungible token has seen a “meteoric” rise in usage over the last year, said Collins, up 11,000% in the last year.Any digital creation can become an NFT, with the term referring to a certificate of ownership, registered on a blockchain, or digital ledger of transactions.The most valuable NFT to date is a collage by digital artist Beeple, which sold for £50.3m at Christie’s in March .

Collins defines NFT as “a unique digital certificate, registered in a blockchain, that is used to record ownership of an asset such as an artwork or a collectible”; its lexicographers, who monitor the 4.5bn-word Collins Corpus to choose their word of the year, said they went for NFT because it demonstrates a “unique technicolour collision of art, technology and commerce” that has “broken through the Covid noise” to become ubiquitous.

How Grimes announced her NFT art sale on Twitter last February.Photograph: @Grimezsz/Twitter “It’s unusual for an abbreviation to experience such a meteoric rise in usage, but the data we have from the Collins Corpus reflects the remarkable ascendancy of the NFT in 2021,” said Collins Learning managing director Alex Beecroft.“NFTs seem to be everywhere, from the arts sections to the financial pages and in galleries and auction houses and across social media platforms.

Whether the NFT will have a lasting influence is yet to be determined, but its sudden presence in conversations around the world makes it very clearly our word of the year.”

Last month the Oxford English Dictionary named vax as its word of the year, noting that in September usage of the word was up more than 72 times on the previous year.

NFT beat two other tech-based words on Collins’ shortlist of 10 words of the year: crypto, the short form of cryptocurrency , usage of which is up 468% year on year, according to Collins, and metaverse, a term coined by Neal Stephenson in his 1992 novel Snow Crash.

Describing a three-dimensional virtual world – such as that planned by Meta , Mark Zuckerberg’s rebranded Facebook company – metaverse’s usage has increased 12-fold since 2020.

Other words and phrases in the running included the Covid-focused pingdemic , hybrid working and double-vaxxed, while climate anxiety also made the list, reflecting growing concerns about climate change.

Collins also noted a rise in the use of neopronoun, thanks to ongoing conversations over gender and the representation of trans and non-binary people; it defines the word as “a recently coined pronoun, especially one designed to avoid gender distinctions”.

1 non-fungible token: a unique digital certificate, registered in a blockchain, that is used to record ownership of an asset such as an artwork or a collectible.

2 an asset whose ownership is recorded by means of a non-fungible token: the artist sold the work as an NFT

no longer regarded as cool or fashionable

a state of distress caused by concern about climate change

short for cryptocurrency: a decentralised digital medium of exchange which is created, regulated and exchanged using cryptography and (usually) open-source software, and typically used for online purchases

having received two vaccinations against a disease.Also: double-jabbed

the practice of alternating between different working environments, such as from home and in an office

a style of dress inspired by clothes worn in high society during the Regency period (1811–20).

Fri Nov 26 , 2021
Indian government set to ban cryptocurrencies Published 1 day ago Image source, Reuters India is set to go ahead with its plan to ban most cryptocurrencies in the country under a long-awaited bill. Expectations had grown in recent months that the government may soften its view on digital currencies. The ban would relate to all… 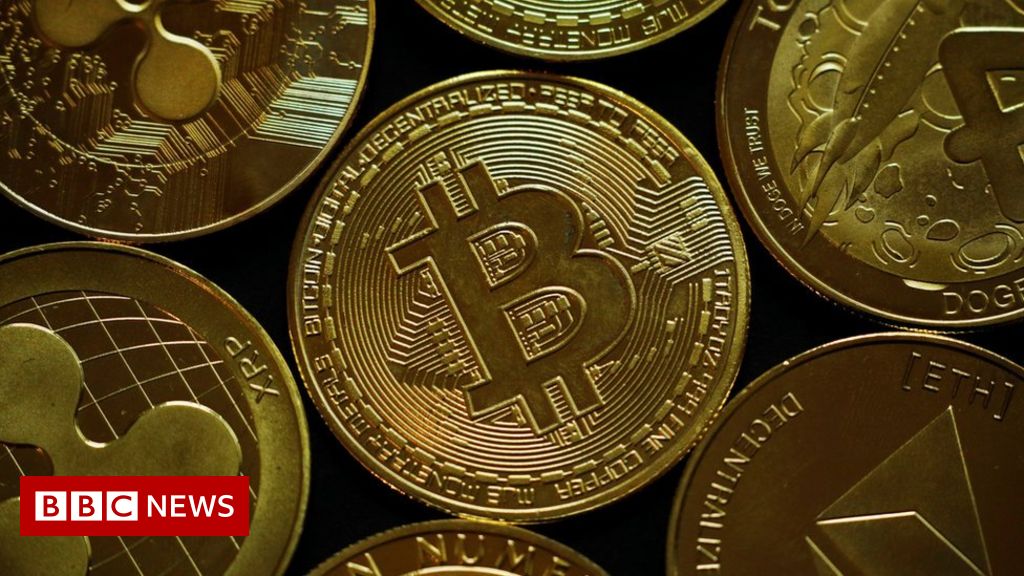