The New South Wales government will make it illegal for unvaccinated people to access venues and businesses across the state, Gladys Berejiklian says. As Berejiklian announced the curfew in high-risk Sydney LGAs would be lifted after New South Wales passed the 80% single-dose milestone, she said a public health order would prevent venues from serving…

The New South Wales government will make it illegal for unvaccinated people to access venues and businesses across the state, Gladys Berejiklian says.

As Berejiklian announced the curfew in high-risk Sydney LGAs would be lifted after New South Wales passed the 80% single-dose milestone, she said a public health order would prevent venues from serving unvaccinated patrons.

You probably don’t want to have a heart attack or cancer diagnosis in October in NSW, AMA boss says Read more “The government will need to seek legal advice ourselves.This is uncharted territory but we’re providing as much certainty as possible, as much as we know exists at 70% double dose.”

It comes after Canterbury-Bankstown mayor Khal Asfour said the meeting between mayors from the 12 LGAs of concern and Berejiklian got “heated” when he asked for resources for businesses to prevent entry to unvaccinated customers.

The announcement comes as the state records 1,259 new locally acquired cases, and 12 deaths, making Tuesday the deadliest day in the Delta outbreak so far.

It’s the first time the premier has confirmed her intentions to make it explicitly illegal for unvaccinated people to attend venues and businesses, and the first time she’s indicated it will be the responsibility of businesses to regulate their patrons.

“We are going through compliance issues now so there is an onus on you as an individual to be vaccinated and it will depend on the size of the business,” Berejiklian said.

“We receive advice from a myriad of sources every step of the way and what people choose to do individually is on them in terms of legal issues, but I will say this – our job is to provide certainty and safety to the community but also to see both patrons enjoying their freedom.”

Berejiklian welcomed the vaccination milestone, saying the lifting of the curfew was a “whole-of-government” decision, but refused to ease any other restrictions.

“We can’t move on anything else just now,” she said, “We’ve seen a stabilisation in the last few days and we don’t want to see that trend go the wrong way.We still have work to do.”

Berejiklian said it was a combination of high first-dose vaccine rates and the need to provide mental health relief that prompted the change.

When pushed on the health advice preventing any further easing of restrictions, such as easing the restriction on outdoor exercise, NSW chief health officer Dr Kerry Chant said communities in those 12 LGAs of concern needed to “drive case numbers down”.

“We keep everything under review but the key message that I’d like the communities of south-western Sydney and western Sydney to take away from this is you have 0done so well.”

Sign up to receive the top stories from Guardian Australia every morning “You’ve achieved really high rates of vaccination, [we] need to get second dose vaccination coverage up and drive that first dose higher.I thank you for your forbearance but we aren’t out of the woods yet.”

The curfew, which prevented people from leaving their homes for non-essential reasons between 9pm and 5am, had been in place since 23 August.

It applied to the 12 LGAs, including Bayside, Blacktown, Burwood, Campbelltown, Canterbury-Bankstown, Cumberland, Fairfield, Georges River, Liverpool, Parramatta, Strathfield, and some suburbs of Penrith.

The state has hit 47.5% double-dose vaccination among the eligible population, with the premier saying it will only be “a few weeks” before the state reaches the 70% rate necessary for more restrictions to ease.

Chant was also asked if Young would be locked down, after NSW health identified a positive case that had visited the town.She said that option was something authorities were considering.

“We saw sewage detections in Young and found a case of another local district when the case was interviewed, that person had actually been a number of other places.”

“There are a number of venues and other urgent testing is being undertaken.”.

Fri Sep 17 , 2021
It was six years ago when CEO Dan Price raised the salary of everyone at his Seattle-based credit card processing company Gravity Payments to at least $70,000 a year. Price slashed his own salary by $1 million to be able to give his employees a pay raise.He was hailed a hero by some and met… 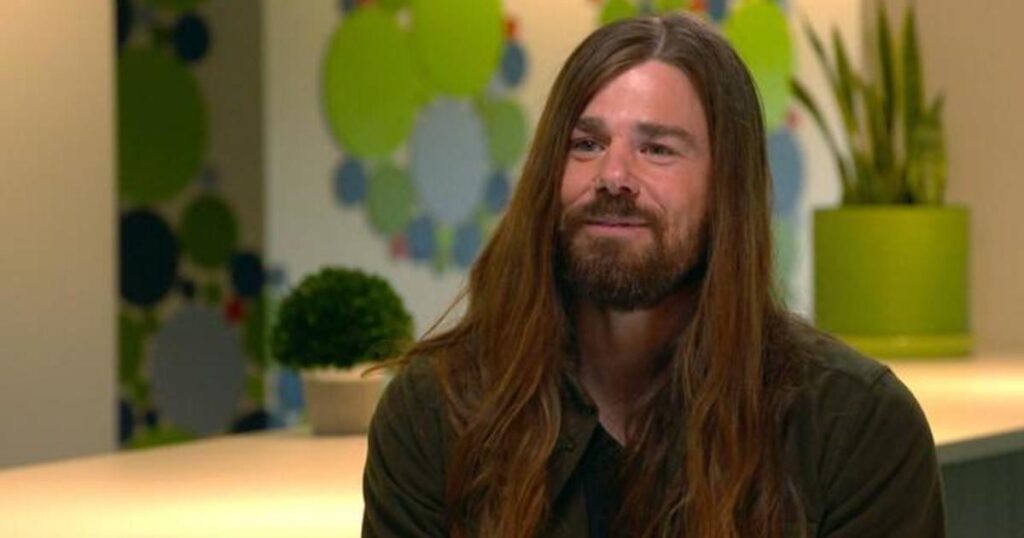