The omicron variant of the coronavirus is forcing many companies to once again change their back-to-the-office plans, upending expectations for whiplashed workers.According to a recent Gartner survey, 44 percent of companies have pushed back or altered their reopening plans because of the omicron variant.More than a quarter of executives, 27 percent, said they were delaying… 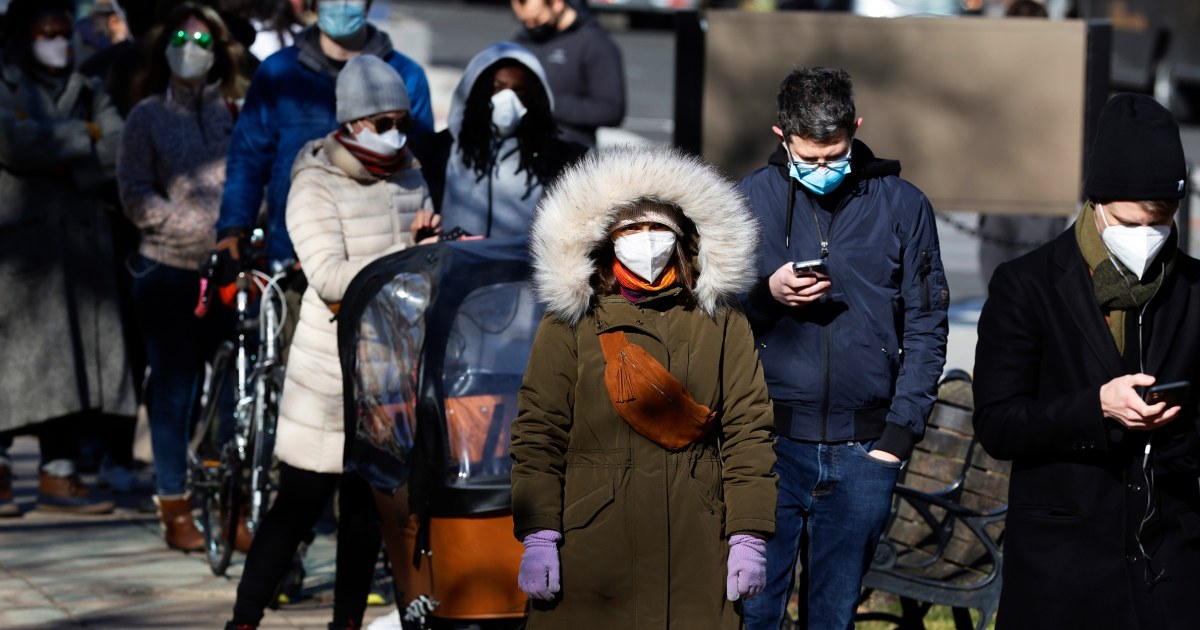 The omicron variant of the coronavirus is forcing many companies to once again change their back-to-the-office plans, upending expectations for whiplashed workers.According to a recent Gartner survey, 44 percent of companies have pushed back or altered their reopening plans because of the omicron variant.More than a quarter of executives, 27 percent, said they were delaying reopening plans or closing reopened workplaces, and 17 percent said they were decreasing the number of workers allowed on-site at a time.Meanwhile, 34 percent said they hadn’t decided yet; presumably at least some of them will also change their plans.About a third, 33 percent, said the omicron variant had no impact on their return-to-the-office plans.Apple and Google have told workers that they are delaying returns indefinitely.

Meta and Lyft said they are letting workers choose to delay their return when offices formally reopen early next year.

Ford has announced plans to delay returning to the office for salaried workers.Over the weekend, CNN closed its offices to employees who can do their jobs remotely.Executives at financial companies who this summer mocked and not-so-subtly threatened employees for not returning to work are backpedaling.

Jeffries asked employees to work from home, Citigroup and Morgan Stanley eased up on their in-person work approaches, and JPMorgan Chase told its workers they could work remotely until the end of the year.“These return-to-office dates are now history,” Nick Bloom, a professor at the Stanford Graduate School of Business who researches remote work, told CNBC.“Everything is completely off.” Employers now worry that the back and forth of setting return-to-office deadlines only to delay them is eroding employees’ trust.“There’s this constant fear that a lot of companies have, which is that if we keep making promises that we’re going to open and then not opening, then we’ve lost all credibility with our employees,” said Brian Kropp, the chief of research for the human resources practice at Gartner.Just before Thanksgiving, with Covid cases trending down and employers’ deadlines appearing firmer than ever, returning to the office appeared inevitable at many offices.Then the omicron variant hit.

“It was very sobering over the weekend,” said Richard Wahlquist, the CEO of the American Staffing Association.“We’d seen a dramatic return to job sites for workers that had been working from home, and it’s been increasing every month for the past four months.” Now U.S.workers find themselves back in “The Great Wait.” “This is one of the most fluid situations for employers, executives and HR departments I have ever seen,” Wahlquist said.“It’s causing a level of change and disruption not only day by day, but hour by hour.” Annie Lin, a human resources executive at Lever, an HR software company, said her company has kept its offices in San Francisco and Toronto closed since the start of the pandemic.The omicron variant is only encouraging it to keep its doors shut.“We’ve stayed completely remote, with plans to reopen those two offices when things are safe.That time has not come yet,” Lin said.“We made the decision in light of omicron recently that we were going to plan 2022 assuming that we were going to stay fully remote still,” she said.

“If things miraculously change for the better, we can always change the plan,” she said, but she said the company’s executives wanted to avoid keeping employees in a state of uncertainty.Some companies are deciding that committing to the idea of an indefinite return date is better than continuing to set supposedly firm deadlines that only get kicked down the road.“What some of the smarter companies have realized is this whole idea that ‘we’ve got a reopening date’ doesn’t make sense,” Kropp said, as companies recalibrate their expectations that Covid-19 might go away entirely.“What they’re starting to think about is what are the conditions through which we have people coming into the workplace versus not.” By focusing on a defined list of conditions rather than a date, workers are less likely to feel as if they’re being left in the dark, said Kropp, who said, “Employees just want to have a sense of insight and that they know what’s going on.” That will be more important as it becomes evident that the disruption created by Covid won’t end when the calendar page turns, he said.“There’s going to be more variants in the future.It’s not a question of if.It’s a question of when,” Kropp said..

A Kentucky Republican on how to solve the labor shortage: 'temporarily suspend the unemployment program'

Thu Dec 23 , 2021
"The good from this is we've seen low-wage appreciation without the government having to come in and raise the minimum wage through more rules and regulations." That's Republican Rep.James Comer of Kentucky's 1st Congressional District describing how the labor shortage is benefitting his state.As long as pay doesn't spiral out of control, Comer said the…