In the United States, we tend to listen with rapt attention to the wisdom of people who have succeeded in the private sector.If they have made billions, we think, surely they must have profound insights about the world.When the person speaking is obviously brilliant, this adds to our veneration.So when someone as staggeringly rich and… In the United States, we tend to listen with rapt attention to the wisdom of people who have succeeded in the private sector.If they have made billions, we think, surely they must have profound insights about the world.When the person speaking is obviously brilliant, this adds to our veneration.So when someone as staggeringly rich and intelligent as Elon Musk talks, people listen.Alas, what came out of Musk’s mouth this week was a series of self-serving and ill-informed comments about President Biden’s spending plans.

Musk advised that it would be “better, honestly, if the bill doesn’t pass,” because “our spending is so far in excess of revenue, it’s insane.” Seemingly selfless, he explained that he didn’t want any subsidies for himself or his flagship company Tesla, neither for charging stations nor for cars.“I’m literally saying: ‘Get rid of all subsidies,’ ” he said .Some of this might be sour grapes.Tesla outgrew the federal government’s tax credit on electric vehicles a long time ago.The federal government provides a $7,500 tax credit for electric vehicles, but they phase out once the manufacturer has sold 200,000 vehicles, a mark Tesla crossed in 2018.In addition, the Biden bill adds $4,500 more credits per car if the manufacturer uses unionized labor, and Tesla does not.

As for charging stations, one of Tesla’s key advantages is that it already owns and operates thousands of them .Federal subsidies in the infrastructure bill that recently passed would simply erode that advantage by building new ones for all electric cars.It is bizarre and ironic that Elon Musk should be the tech billionaire who so opposes government spending.

Three of Musk’s endeavors, Tesla, SpaceX and SolarCity, would probably not exist if not for federal support.Tesla owners — like me — have for many years received generous tax credits and incentives from the federal and many state governments.In 2010 , after a global recession when Tesla was a fraction of the size it is now, the company got a $465 million loan from the Energy Department, which gave it a desperately needed shot in the arm.The state of Nevada gave Tesla a $1.25 billion tax-incentive package to build a battery factory there.SolarCity has benefited from all kinds of subsidies and tax credits that incentivize the production and installation of solar panels.

And SpaceX’s largest customers are federal government agencies, like NASA and the Defense Department .In addition, its innovative attempt to provide satellite-based Internet service, Starlink, is receiving hundreds of millions of dollars in funds from the Federal Communications Commission to help take broadband to hard-to-reach areas.

SpaceX estimates that the potential revenue from Starlink could be 10 times greater than that from SpaceX’s rocket business.Musk defends himself by saying that he is in favor of getting rid of all subsidies because he wants those for oil and gas eliminated as well.Oil and gas subsidies should be pared back, but there really aren’t as many as people seem to think.A 2018 study by the Energy Information Administration found that, in fiscal 2016, the renewable energy industry received almost half of federal energy subsidies while generating about one-eighth of the energy produced in the United States.This is as it should be; green energy is the future, after all.

But let’s be clear: If all subsidies were eliminated, it is green energy that would suffer the most.Musk’s comments on the budget deficit were also disappointing.They seemed to parrot conventional wisdom about budget deficits that has not been vindicated by the evidence.Over the past 30 years, governments such as those of the United States and Japan have been able to run massive deficits , yet interest rates have overall trended down .Even today rates remain low despite the surge in inflation .Does the market understand something that we don’t?

Infrastructure spending is essential, and there is really no serious argument against it when the cost of borrowing for the federal government is essentially zero.Musk admitted that the United States needs better airports and roads and better mechanisms to ease traffic in cities.But he seemed unwilling to allow for the investments that would tackle these problems.The federal government’s investment in green energy is very similar to what it did in the 1950s with computer chips — paying more for a new technology so that the price could later come down for everyone.

It resembles the investments government made in the 1960s to develop ARPANET, the first, rough version of the Internet, and, later, the Global Positioning System.Those policies, incidentally, created the digital infrastructure that made possible companies such as PayPal, the original source of Elon Musk’s billions..

Sun Dec 12 , 2021
Consumer prices jumped last month at their fastest rate since 1982 as surging inflation in items ranging from food to housing showed no signs of abating. The Consumer Price Index, which tracks the price of a broad range of goods, rose 0.8% November and is up 6.8% from a year ago, the Labor Department said… 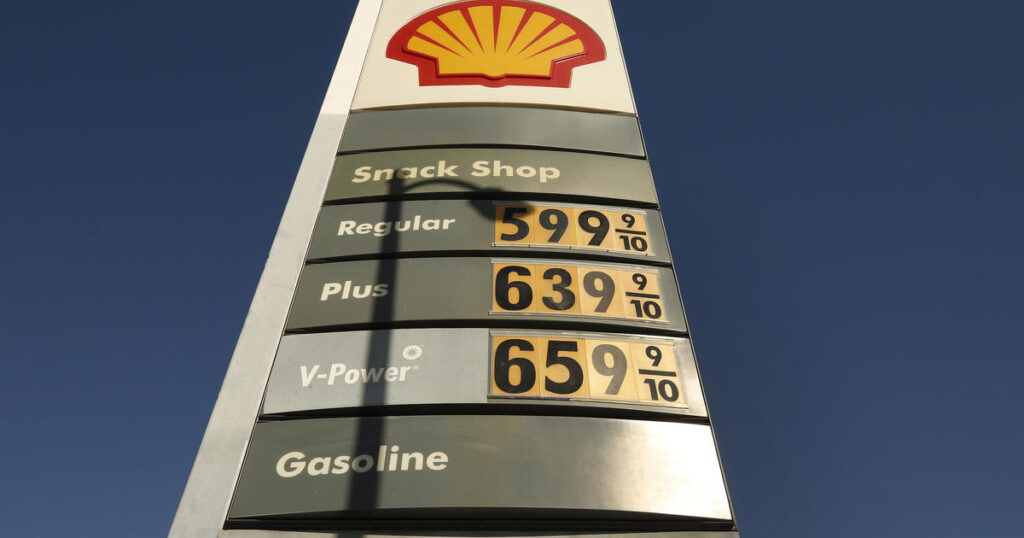