FOLLOW ON Advertisement Various Lego mini figures sit for sale, Nov.29, 2021, inside It’s A Block Party in Indianapolis.(Mykal McEldowney / The Indianapolis Star via AP) For decades, Lego has captured the minds and imaginations of children and adults alike from around the world. And as new research has shown , there may be some… 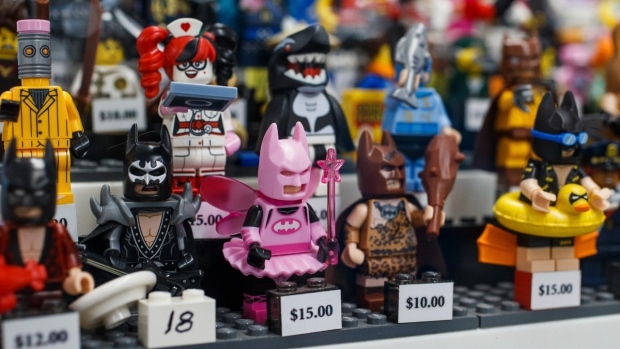 For decades, Lego has captured the minds and imaginations of children and adults alike from around the world.

And as new research has shown , there may be some money to be made in one of the world’s most popular toys.

Researchers from HSE University in Russia recently published a paper in the journal Research in International Business and Finance, which looked at the average returns on 2,322 retired, sealed Lego sets sold on the secondary market.

Although returns did vary significantly, the study found the value of those sets rose by as much as 11 per cent annually between 1987 and 2015, outperforming some stocks, stamps, wine and even gold.

“Many people do this business and they generate quite high returns in fact, and they make money for a living by this business, so it’s possible,” Victoria Dobrynskaya, a co-author of the study and an associate professor in the faculty of economic sciences at HSE University, told CTV National News.

Limited edition, sealed Lego sets proved to be the most valuable, but used Lego can be worth more on resale sites too, especially if the original packaging is there.

Mini figures and sets bought at a discount also could generate relatively high returns once resold.

Dobrynskaya said that the study’s data ended in 2015, but she suspects the return on Lego sets sold on the secondary market have been even higher in recent years, with gold appreciating in value at the onset of the COVID-19 pandemic.

And while Lego may not necessarily be an investment people can rely on for their retirements, Dobrynskaya says it is much more accessible to smaller investors, but does require some research.

Among those who has seen this shift in the collectible market is Paul Hetherington, an award-winning artist based in Vancouver whose Lego creations have been featured widely in news stories, books, magazines and conventions.

Turning his childhood hobby into a business, Hetherington has collected for 30 years and been commissioned to make custom creations, both large and small.

“I have a piece called Unchain My Heart, which is a big steampunk robot coming out of a mechanical heart.

That one is probably my most artistic piece,” he told CTV National News.

“And then of course the Joker’s Fun House, which I made probably six or seven years ago, is still a fan favourite basically.”

Hetherington says he really started to notice a change around the time Star Wars sets came out in the late 1990s, which brought a “whole new brand of collector back in.”

That was the first time, he says, he would go into a store and not find what he was looking for.

And that trend has only continued since.

“Now some sets get retired after six to eight months, some are in there for maybe a year, year-and-a-half, but it’s not the three or four years that it used to be back when I was a kid,” Hetherington said.

“If you snooze you lose sometimes.

If you don’t get it right away, you end up having to buy it on the after-market where prices shoot up to who knows.The sky’s the limit.”.

Republicans and Democrats agree on one thing: The labor shortage's wage gains are great

Mon Jan 24 , 2022
Democrats and Republicans both see the wage boom as a positive development from the labor shortage.Record-high quits and slow hiring forced businesses to raise wages at the fastest pace in decades.While members of both parties back the gains, some have concerns around inflation and productivity.Get a daily selection of our top stories based on your…