Premier Jason Kenney says the Alberta version of a vaccine passport is helping increase vaccinations and drive down COVID-19 cases, but notes it will be in place until at least the early months of next year. “I fully expect that we will have it in place through at least the first quarter of next year,… 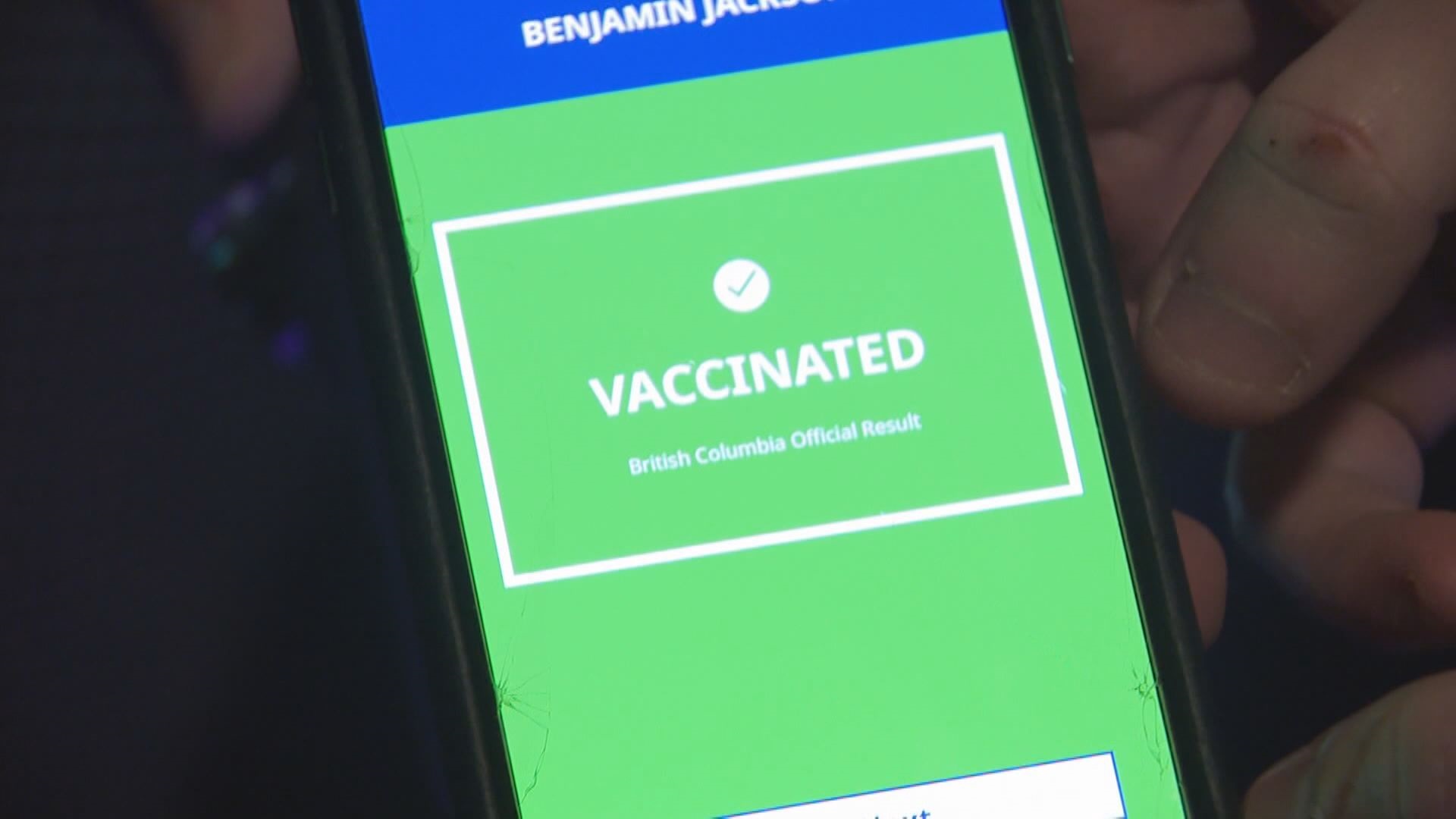 Premier Jason Kenney says the Alberta version of a vaccine passport is helping increase vaccinations and drive down COVID-19 cases, but notes it will be in place until at least the early months of next year.

“I fully expect that we will have it in place through at least the first quarter of next year, 2022, because we are headed into an uncertain period,” Kenney said Tuesday.

“We will have to be on our guard as we go into colder weather, when people spend more time indoors.

“We will head into seasonal headwinds in terms of viral spread.”

Tweet This Click to share quote on Twitter: “We will head into seasonal headwinds in terms of viral spread.” Kenney and Health Minister Jason Copping said Alberta’s vaccine passport, which was introduced three weeks ago as a restrictions exemption program, is having the desired effect.

Story continues below advertisement Alberta Health shows 85 per cent of eligible Albertans, those aged 12 and over, have now had at least one dose of a COVID-19 vaccine.That’s up from 78 per cent a month ago.

More than 75 per cent have had the required two doses.

Alberta’s program is voluntary, but those businesses that do not participate are subject to restrictions — including severely reduced customer capacity.

Copping also announced that a downloadable app is now available that will make it easier to display and verify a QR code as proof of vaccination.

As of Nov.15, Albertans will need those QR codes to prove they have been fully vaccinated.

The passport was one of multiple policies put in place to arrest a staggering surge in COVID-19 cases that has put the hospital system under severe strain.

Dr.Verna Yiu, the head of Alberta Health Services, said the numbers appear to have plateaued but cautioned the health system is still under severe stress.

“It’s still too early to suggest that this is a trend, but it’s a good sign and it’s a faint silver lining to what has been a very difficult period for our health-care system,” said Yiu.

There were 33 more deaths, including a 14-year-old.

Story continues below advertisement Alberta has had to more than double the normal number of 173 intensive care beds and seek medical reinforcements from the Canadian Armed Forces and Newfoundland and Labrador.

There were 300 people receiving critical care Tuesday, most of them with COVID-19.That represents a one per cent drop from a week earlier.

When the extra beds are added in, Alberta’s intensive care units are on average 78 per cent full.

Thousands of non-urgent surgeries have been cancelled for weeks provincewide to free up staff to handle the COVID-19 surge, but Yiu said they are slowly getting back to completing some of those operations.

Also Tuesday, Alberta Health said it is on track to spend more than $15 million to directly pay vaccine-hesitant residents to get the COVID-19 shot.

The province said that more than 152,000 Albertans have signed up to receive a preloaded debit card in return for getting the vaccine.

The promotion, launched in early September to get more people vaccinated, ends Thursday.

Story continues below advertisement Kenney lifted almost all public health restrictions as of July 1, declaring that any future COVID-19 cases could be accommodated within the health system and adding they did not see a need to plan for a worst-case scenario.

As cases and hospitalizations surged over the summer, Kenney’s government did not act with new measures or incentives until September.

“The UCP keeps making the same deadly mistakes over and over,” Notley said earlier Tuesday.

“Albertans deserve to know just how this crisis came about and why our fourth wave has been so much worse than anywhere else in Canada.”

Fri Oct 15 , 2021
Premier Doug Ford's government will announce its new plan for lifting more of Ontario's COVID-19 public health restrictions next week, CBC News has learned. The easing of pandemic measures will include ending capacity limits in all locations where proof-of-vaccination requirements are in place, such as restaurants, bars and gyms, a senior official in Ford's government…