As the market makes unpredictable moves, investors have been growing confused and scared of the upcoming price action that their top cryptocurrencies might follow.While there is still major doubt among retail investors, several financial institutions and top organizations have been publicly buying huge amounts of various digital assets. To some point, this has also incentivized…

As the market makes unpredictable moves, investors have been growing confused and scared of the upcoming price action that their top cryptocurrencies might follow.While there is still major doubt among retail investors, several financial institutions and top organizations have been publicly buying huge amounts of various digital assets.

To some point, this has also incentivized affluent investors as well as experienced traders to stock up on cryptocurrencies.As a result, a relief rally was seen in the market in the past two days, where Bitcoin ’s price went up to the $22,000 level.

While this alone might not be a confirmation of an uptrend, it has surely created an opportunity for the community to buy into top cryptocurrencies based on the increasing volume and buzz that the industry has been regaining.

In the past week too, amidst a bearish environment, several top cryptocurrencies have managed to grow considerably in price.Several good news and positive indicators that have been circulating in the media may be responsible for the same.

Listed below are some of the top cryptocurrencies that have given the best price increase in the past week:

5 Top Crypto Gainers in the Past Week

The protocol lets its users freely stake tokens without having their assets locked or maintaining the staking infrastructure.Users who stake their assets on the platform receive staking derivative tokens as a reward.

LDO is the native token for LIDO and is used for granting governing rights, decision-making for the addition or removal of nodes and managing fees distribution and related parameters.The project has some of the top investors and developers in the entire industry which has helped it grow at a considerable speed over the past months.

It is also backed by some of the top angel investors like Stani Kulechov, Will Harborne, Julian Bouteloup and Kain Warwick.

At the time of writing, LDO’s weekly increase in price is around 145%, where the price surged from around $0.6 to $1.52.The announcement from Ethereum about the Merge Update rolling out in September this year may be one of the many responsible factors for the price increase.

Launched in 2016, Ethereum Classic is a hard fork of Ethereum.It was created as a symbol of Ethereum’s idea for decentralization.The project aims to maintain the originality of the Ethereum blockchain, while not having to artificially counter DAO attacks.

The native token ETC is used by teams and small businesses to manage their capital, treasury, shareholder registry, execute contracts, and for using high-value services and dapps from best quality providers, without any boundaries.

ETC has seen a major spike in price in the following week where it increased from around $14 to $27 which amounts to over 73% in the last 7 days.Similar to other Ethereum-related projects, Ethereum Classic too, has managed to rise considerably in price in the past few days.

Polygon is one of the most popular cryptocurrencies in the space and has one of the biggest communities in the industry.Formerly known as the Matic Network, Polygon was founded by Jayant Kanani, Sandeep Nailwal and Anurag Arjun in 2017.

The Polygon team was one of the main contributors to the Ethereum Network before they shifted to their own network in 2019.

Polygon in simple words is a scaling solution that runs parallelly alongside the Ethereum Network.It facilitates speedy transactions and lowers fees.Since Ethereum is the most widely used cryptocurrency, this makes Polygon a crucial project for the entire industry.

It has partnered with two major exchanges- Binance and Coinbase and is backed by celebrated investors like Mark Cuban and Balaji Srinivasan.Using the platform, a developer can create ZK rollup chains, Optimistic rollup chains, stand-alone chains etc.

The native token MATIC is used for paying fees, staking and other features.MATIC is currently 69% up from its price range a week ago.The token is currently trading at around $0.95.Updates from Ethereum and an overall price increase in the markets can be speculated as the reason for this kind of growth.

Similar to Polygon, Battle Infinity boasts of an experienced Indian team who have worked previously in the technology and management sector.

Founded by Suresh Joshi, the project is still in its presale phase.It has also managed to garner much attention in the space within a small period.

The project features several product offerings like IBAT premier league, IBAT battle arena, staking, NFT market and decentralized exchange for the platform.Built on the Binance Smart Chain, the native token for the project is called IBAT .The token will be used to carry out several actions within the platform like entering contests, staking etc.

Currently, IBAT is priced at $0.0015.The project showed immense growth as it sold more than 1000 BNB worth of its presale for IBAT within this week.

The presale for IBAT tokens is set to end in early October this year.

Created by Michael Egorov and launched in 2020, Curve was designed as a decentralized exchange made specifically for stablecoins which used an Automated Market Maker or AMM to manage liquidity.Within a few months, the project developed a Decentralized Autonomous Organization or DAO, which used CRV as the platform-specific token.

The platform is famous among those involved in Defi and has experienced decent growth over the years amidst certain issues.Owing to the growth of the entire industry and some community strength, CRV has risen considerably within a week.

The token recorded over 44% growth where the price jumped from around $0.89 to $1.34 at the time of writing.With a market cap of more than $700 million, CRV has also managed to maintain a high trading volume in the past couple of days.

While major cryptocurrencies have seen a spike too, it is important to note that this may not essentially indicate the end of the current bear market.

As several projects are being introduced to the industry, it is important to find top projects with great potential like Battle Infinity which can turn out to be greatly successful as the bull market kicks in once again.

Tue Aug 16 , 2022
Key Insights: On Monday, the crypto top ten resumed the recent upswing, with Ethereum (ETH) surging by 18% to lead the way. A shift in sentiment across the crypto market led to decoupling from the NASDAQ 100, with market focus returning to crypto network news updates. The total crypto market cap jumped by $82.59 billion… 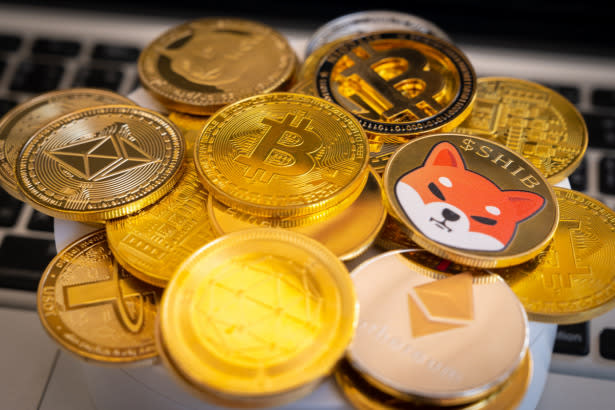