By Jeff John Roberts January 3, 2018 The new year has already brought some surprises on the cryptocurrency front, but the biggest one is about Ripple: In the last 24 hours, the currency has climbed around 25% to break $3 and lock up second place behind bitcoin. Ripple’s recent run is remarkable in part because…

By Jeff John Roberts January 3, 2018
The new year has already brought some surprises on the cryptocurrency front, but the biggest one is about Ripple: In the last 24 hours, the currency has climbed around 25% to break $3 and lock up second place behind bitcoin.
Ripple’s recent run is remarkable in part because it has eclipsed Ethereum, which was long the number two digital currency, and considered to be the only real rival to bitcoin.
Here is a screenshot from Coinmarketcap that shows the new pecking order as of early Wednesday afternoon ET:
As you can see, Ripple now has a market cap of $120 billion—an amount that is nearly 35% higher than Ethereum, and worth nearly half that of bitcoin. It’s unclear what is driving the price surge, though interest from new hedge funds is likely one big reason.
Ripple’s emergence is also notable because, unlike other digital currencies on the list, it is not created by a decentralized mining process.

Instead, Ripple’s currency supply—technically known as XRP—was created in one swoop, and a large portion is held by the company itself as a sort of treasury stock.
As CEO Brad Garlinghouse explained to Fortune this summer , Ripple is able to use its XRP supply as a strategic asset while it builds out its business of supplying banks with a blockchain-based source of liquidity.
The reaction to Ripple’s latest rise has been met with some grousing on Twitter by some who suggest it as a gimmick rather than a real digital currency: The “decentralized computer of the future”™ is overtaken by a fidget spinner.

pic.twitter.com/kUf4tCgaXU
— Oleg Andreev (@oleganza) January 2, 2018
Others note, however, that if Garlinghouse achieves Ripple’s goal of disrupting the existing global financial infrastructure, the consequences would be profound: If we suspend disbelief for a second and $XRP actually becomes a global reserve that is used as a bridge currency which disrupts correspondent banking, then Ripple will be the most successful company of all time.
— Ryan Selkis (@twobitidiot) January 3, 2018 And if we come back to the real world, this statement also shows you that the global financial institutions are not going to adopt someone else’s bridge currency. If they do, Ripple will have showcased the negotiating prowess of a nation-state.
That’s mind-bending, so unlikely.

com/VYTOu4RQR4
— Jeff Kauflin (@JeffKauflin) January 2, 2018
In response to Ripple’s price surge, a company spokesperson provided the following statement:
In a year punctuated by the dramatic rise of digital assets, XRP has out performed the entire sector and looks likely to end the year up more than 45,000%. XRP’s performance is driven by a keen focus on solving a real global payments problem for real customers – and at fractions of a penny and about 3 seconds per transaction – it is cheaper, faster and more efficient than BTC or ETH. As others have pointed out, Bitcoin isn’t going to solve a payments problem when a transaction costs $40 and takes hours to complete.
The market seems to increasingly understand that there’s real utility for XRP in solving a massive cross-border payments and liquidity problem that is measured in the trillions of dollars.
For those interested in purchasing Ripple—to be clear, Fortune does not endorse buying XRP or any other digital currency— here is a guide for how to do so. SPONSORED FINANCIAL CONTENT .

Why is the price of Tron going up? | finder.com.au 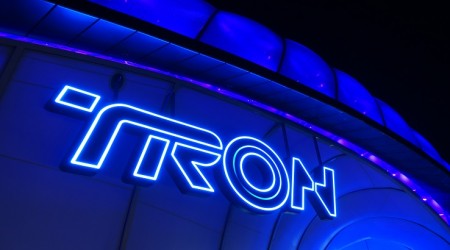