Tweet The entire market has been reeling in disappointment after Bitcoin failed to break the $10,000 mark on the 5th and 6th of May. A break in $10K would have meant a bull run all the way to $14k before BTC faced another strong resistance. This pullback at the beginning of the month has left…

Tweet
The entire market has been reeling in disappointment after Bitcoin failed to break the $10,000 mark on the 5th and 6th of May. A break in $10K would have meant a bull run all the way to $14k before BTC faced another strong resistance.
This pullback at the beginning of the month has left all the other coins in the negative including Bitcoin except for certain coins which gained momentum because of Forking, MainNet and other similar reasons which included Bitcoin Cash and EOS.
A look at the latest 4-hour chart of Bitcoin with the Bollinger Band indicator shows a tube formation. All tube formations are followed up by explosions which could be either negative or positive. This means in the next 48 hours we could see huge price action for all the coins.
Huge buying pressure below $7500 across almost all exchanges indicates that price of Bitcoin, for now, could be safe from dropping below the $7500 mark.

It also means that the Bollinger Band’s expected explosion could mean a potential bull run which could see prices above the $9000 mark for Bitcoin.
The Sentiment Analysis segment is the representation of collated sentiment data which our reporters collect over time after interviewing people from various aspects of life in the cryptoverse including investors, miners, veteran and amateur traders, journalists, developers and influencers in respect to the specific token. The current sentiments are purely opinionated and quotes displayed below are chosen for the quality of data.
Ripple [XRP]
Ripple [XRP] at press time was trading at $0.68 to a token with a market cap of $26 billion witnessing a negligible 1.4% growth in the past 24 hours. Bitcoin Cash [BCH] is close at number 4th with a market cap of $21 billion at press time.

XRP even across the week hasn’t seen major price action, dropping by only 1% over the entire week, unlike BCH which lost 15% over the past week.
Leonid Yaremchuk, a developer from Estonia, says,
“There is a lot of speculation about xRapid’s ability to drive up XRP’s price. Although everything is dependant on Bitcoin I would consider any price point below $1 to be a steal. Looking to load up on my XRP. Yes, it’s been almost 6 months now that people have been waiting for a pump but patience man. We will head back to $3 and then $5 or $6 by next year.”
Stephen Dunn, a cryptocurrency investor from early 2013 says,
“The trivial discussion of XRP as a security is important to tackle.

Although Ripple has clarified it’s not, we need an official confirmation from the government. If it gets confirmed, then boom, XRP to Pluto, not Moon. I bet Coinbase will list XRP then, imagine the excitement. I’m expecting the next week to be dry and boring again, so load up while you can, you might never get this opportunity again.

”
Lawrence Ju, a crypto community manager and investor says,
“Can’t believe the number of Ripple fools out there. I bet 80% of the XRP-fan-noise out there invested when XRP was above $1 and they can’t wait for it go back up again. Lol. No one believes in Ripple, they are a combination of centralized and decentralized, which basically means “centralized”. Well only if these investors knew that; Brad would be laughing at you suckers”
Alex Jamal, an XRP investor from early 2017 says (paraphrased from French),
“I don’t care what people say. Out of all the cryptos out there, only Ripple has had partnerships on a grand scale, globally. Think of it as you have the opportunity to invest in Apple or Microsoft when its young.

How does it matter to you if it’s centralized or decentralized as long as you make money! Even Bitcoin doesn’t’ have so much value”
To conclude, a staggering 72% of XRP respondents felt that the prices would bounce back high above the $2 position in the near future although they were skeptical about the upcoming week. A minor 28% felt that XRP would be bearish for a long time and would stay under the $1.5 price point even if the markets turn bullish.
Tron [TRX]:
Tron [TRX] at press time was trading at $0.

78 to a token with a market cap of $4.8 billion just inches away from IOTA’s $4.9 billion. TRX has witnessed an impressive 7.

64% increase in the past 24 hours and is currently stands at the 10th position in terms of market cap. It is also the highest gain for any token in the top 20 for the past 24 hours.
Mojey Lechner, a recent crypto investor from Malta says,
“I have a very diversified portfolio, Tron is one among them. They are the only team which has actively been in the news for the past two months. They definitely have a very active team and that’s the reason for anyone to invest. With the mainnet launching I’m expecting the prices to propel by this month end. Yes, we have less than 10 days but a 50% hike is in play. Everyone is interested.

”
Roshan Kumar, a game developer from Bangalore says,
“I am an active part of various closed TRX groups and the mood is infectious. Load up guys, that’s all I can say, expect drama in the next two weeks.

The Main Net launch is going to be epic. Even if you don’t understand the concept, think of the hype and the media coverage.

It’s going to be huge. Oh yes, but remember to cash out right before 31st.

If TRON is able to prove that people want to use them then we could even see an outrageous $0.4 to a token, especially with the expected coin burn”
Mario Cortes, a former journalist-turned-trader says,
“Doesn’t anyone watch the news? A couple of days ago, Justin in the Huobi talk show promised an exciting announcement in the month of June. This he said would add at least a 100 million more users. The growth is magnificent, I’m expecting TRX to break its $.10 mark before the end of this month.”
Benji Schmitt, an altcoin miner from Texas says,
“The German guy who made an app was more efficient than the entire Tron team.

I don’t understand the fuss. I mean these guys, still, have bugs and are we suppose to trust them. Apart from the plagiarized white paper, which is old news, there is no substance in the product. We just have a ton of media coverage and innocent people buy into it thinking it is “cheap”. TRX is a shitcoin but that is a praise.

Even shitcoins have some substance.”
To conclude, a massive 85% of the TRON respondents believe that with the Main Net launch just 11 days away, the prices could go up with the media frenzy and FOMO kicking in. Most of them also said to be cautious after May 31st as cashing out could begin and prices could drop. The other 15% felt that TRX prices will not breach the 10 cents mark despite the Main Net launch. They believe Tron does not have a valuable product to push its adoption and scalibility.

Opinion: Is MoneroV a Legitimate Hard Fork of Monero?

Wed May 23 , 2018
Opinion: Is MoneroV a Legitimate Hard Fork of Monero? Advertisement Join our community of 10 000 traders on Hacked.com for just $39 per month. MoneroV’s upcoming hard fork (scheduled for April 30th, 2018) has been the subject of much debate. Many question the necessity of the hard fork and the reasons behind it. The MoneroV… 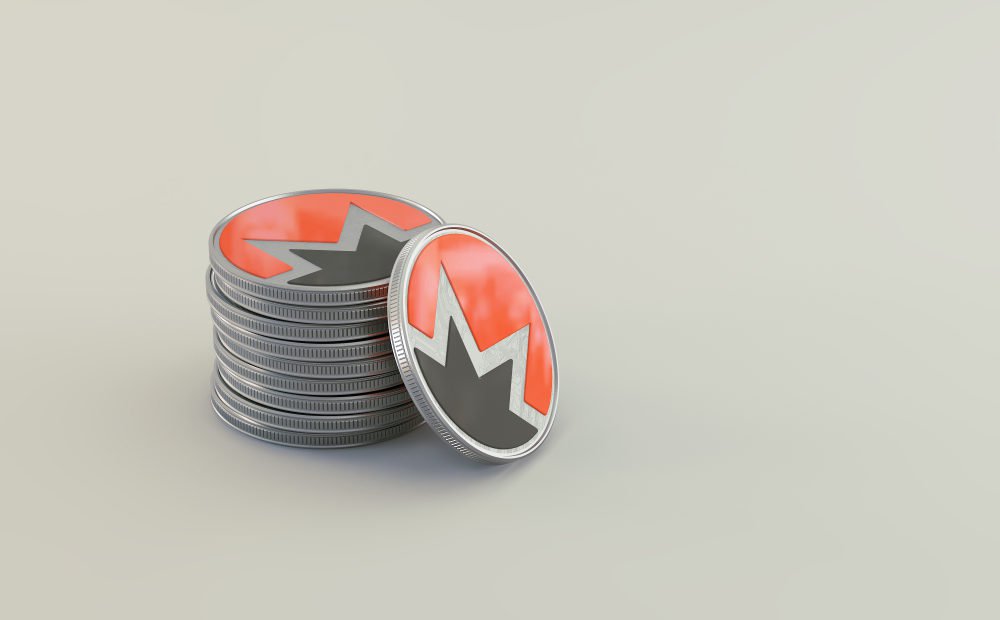