This month Saudi Arabia hosted a giant “rave in the desert”.Men and women danced together with abandon, something that was unimaginable five years ago in the kingdom. Over the past year, Saudi Arabia has announced a wide range of new social reforms.Many of these reforms have been pushed and spearheaded by the Saudi crown prince… 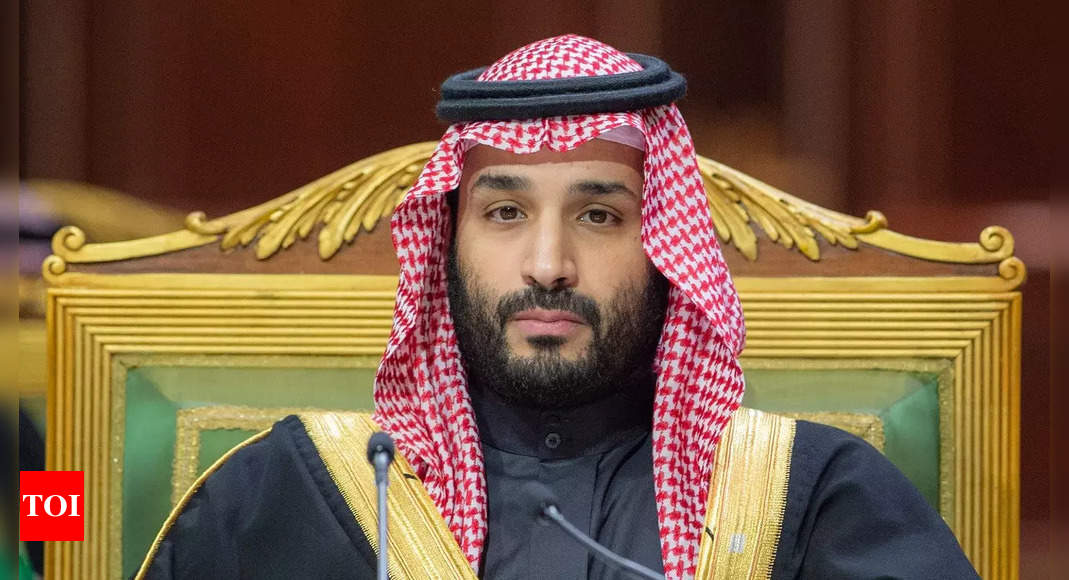 This month Saudi Arabia hosted a giant “rave in the desert”.Men and women danced together with abandon, something that was unimaginable five years ago in the kingdom.

Over the past year, Saudi Arabia has announced a wide range of new social reforms.Many of these reforms have been pushed and spearheaded by the Saudi crown prince , Mohammed bin Salman .

Prince Salman has opened Saudi Arabia to tourists and foreign investments in a bid to diversify the oil-dependent economy and make his country more modern, liberal and business-friendly.

Prince Salman, who has been named heir to the Saudi throne, has overseen sweeping social changes, including allowing women to drive and work in the public sector, lifting a decades-long ban on cinemas and letting women travel alone.

These changes have come alongside a crackdown on dissent and free speech.

From greeting foreign leaders to heading regional summits, the Crown Prince is leading the charge by taking over the reins from his elderly father King Salman.

In a historic move, On 26 September 2017, the Saudi government issued a decree recognising the right of women to drive in keeping with Sharia.In June 2018, Saudi women took to the road for the first time in 30 years.Until then Saudi Arabia was the only country in the world where women were forbidden from driving motor vehicles.

In 2017, Saudi Arabia lifted a decades-long ban on cinemas, in a move that was in line with Prince Salman’s pledge to return the ultra-conservative kingdom to an “open, moderate Islam” and destroy extremist ideologies.

Reviving cinemas represented a paradigm shift in the kingdom, which is promoting entertainment as part of a sweeping reform plan for a post-oil era, despite opposition from conservatives who have long vilified movie theatres as vulgar and sinful.

Under the new amendment, if a woman is sentenced to a jail term, she will not be handed over to her guardian after completing her term.

Before the kingdom’s guardianship system was scrapped, women in Saudi Arabia were treated as legal minors, requiring a male relative’s permission for a range of critical decisions, such as working, obtaining family records, and applying for a passport.

For the first time in its history, in 2019, Saudi Arabia opened its doors to tourists by issuing an electronic visa for visitors coming from 49 countries.

Visitors can now acquire a multiple-entry visa valid for a year that will allow them to stay in the country for up to 90 days.

Kick-starting tourism is one of the centrepieces of Mohammed bin Salman’s Vision 2030 reform programme to prepare the biggest Arab economy for a post-oil era.The government had said by 2030 it aims to attract up to 100 million annual visits by both domestic and foreign tourists.

The tourism sector is also expected to create up to one million tourism jobs.

“Rave in the desert” music festival was one of the first events in Saudi Arabia where men and women were allowed to dance and mingle openly in public.More than 1,80,000 people attended the opening night of the music festival, pushing boundaries as the kingdom transforms.

Saudi Arabia stunned the Islamic world by banning the Tablighi Jamaat, the Islamist proselytising movement, calling it “one of the gates of terrorism”.

With the ban, the group will face slow death in many parts of the world because Saudi’s charities have been the chief source of funds for the movement which was launched in India to “purify” Islam.

While there has been no major progress on normalising ties with Israel-Saudi Arabia, Prince Salman seemed more open than his father towards Israel, allowing its commercial aircraft to pass through Saudi air space.

At home, Prince Salman’s effort to bring in reforms in order to reduce dependency on oil while dealing with Saudi Arabia’s deeply conservative and long-closed society is evident.Needless to say, there are visible signs of change.