Schwab’s $200 Million Charge Puts Scrutiny On Robo-Advising When Charles Schwab Corp.launched its robo-adviser service in 2015, the company said it would be a smart, low-cost and hands-free solution that would automatically invest clients’ money in various exchange-traded funds.Schwab’s $200 Million Charge Puts Scrutiny On Robo-Advising The product, Schwab Intelligent Portfolios, was part of a…

Schwab’s $200 Million Charge Puts Scrutiny On Robo-Advising When Charles Schwab Corp.launched its robo-adviser service in 2015, the company said it would be a smart, low-cost and hands-free solution that would automatically invest clients’ money in various exchange-traded funds.Schwab’s $200 Million Charge Puts Scrutiny On Robo-Advising The product, Schwab Intelligent Portfolios, was part of a crop of new offerings from brokerages that raced to sign up clients after the financial crisis, long before most people could trade stocks from their phones.And it has delivered for the brokerage, gathering almost $64 billion in client assets as of the end of March.Now, new questions are being raised about the Westlake, Texas, brokerage’s practices after Schwab said that it set aside $200 million in the second quarter related to an ongoing probe by the U.S.Securities & Exchange Commission that “largely concerns historic disclosures,” according to the company’s 8-K filing.Schwab said it wouldn’t provide any details beyond the filing and the SEC declined to comment.As robo-advisers become increasingly popular, their automated choices have come under greater scrutiny.

Previous SEC fines have been less than $1 million, though they were levied against much smaller firms.In 2018, the SEC accused Wealthfront Advisers and Hedgable of making false statements about investment products and publishing misleading advertisements.Wealthfront, which had $11 billion in client assets at the time, agreed to pay $250,000 without admitting or denying the findings.Hedgeable, which had $81 million in client assets, agreed to pay $80,000 without agreeing with the agency’s findings.Schwab said its ultimate liability might differ from the $200 million it was setting aside.Robo-advisers, including Schwab’s, have had their share of critics over the years.

For example, while investors aren’t charged a fee by Schwab, they pay the expenses charged by the underlying ETFs, some of which are Schwab ETFs.

One practice that became a lightning rod was the hefty amount Schwab’s service would direct of a client’s funds into cash, ranging from 6% to 22.5%.The allocation was determined by a client’s risk profile.In 2016, the cash in client accounts was earning 0.08% at a time when some online high-yield savings accounts were offering 1%.Now, the interest rate Schwab pays on cash is 0.01%.People who kept assets in cash over the past few years would have missed out on large market gains.

David Goldstone, manager of research and analytics at Backend Benchmarking, which ranks robo advisers, says the Schwab robo-adviser holds too much of its clients’ funds in cash.

He said he sees it as an additional cost of using the account.“When an investor hires an investment manager I believe the expectation is that the investment manager will invest most or all of the funds and not let a significant proportion of the assets sit in cash,” he said.On its website, Schwab says: “We believe cash is a key component of an investment portfolio.

Based on your risk profile, a portion of your portfolio is placed in an FDIC-insured deposit at Schwab Bank.

Some cash alternatives outside of the program pay a higher yield.” Under U.S.securities rules, firms with robo-advisers must make the same disclosures as those whose representatives make suggestions to clients over the phone or in person.The agency put out guidance in February 2017 that detailed how its rules apply to the fast-growing industry, reminding firms to be careful not to mislead clients and ensure their disclosures are accurate and internal compliance programs are effective.

XRP: THE UNBELIEVABLE REASON WHY XRP IS CRASHING

Wed Jul 7 , 2021
XRP: THE UNBELIEVABLE REASON WHY XRP IS CRASHING The agendas behind running the timeline of this world is so big that we can not even imagine that.The elite class takes and leads the world in what ever direction they want us to go.But an interesting thing about XRP and other digital assets is also a… 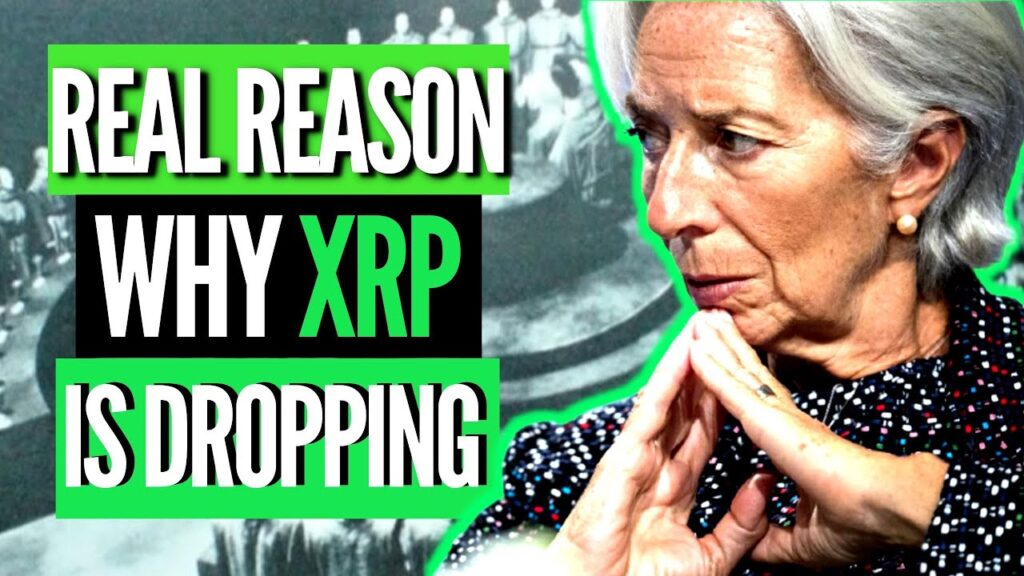