A bipartisan trio of senators is trying to change a cryptocurrency provision in the infrastructure bill that the industry warns will have a ” devastating ” impact on the space.As it stands, the infrastructure bill aims to raise revenue by cracking down on cryptocurrency tax reporting.
The industry argues the current measure included in the bill is too broad — and would force miners, developers and other “non-financial intermediaries” to face the new reporting requirements, though they would be unable to comply.
“They’re counting people who don’t have any information about the buyers and sellers of digital assets.Miners rarely know the ultimate customer.People who write the software and the hardware for personal wallets rarely know the ultimate customer,” said Sen.Cynthia Lummis (R., Wy.) in an interview with Yahoo Finance.”What that indicates to me is there’s not only a lack of understanding, there’s an actual misunderstanding about some of the people’s roles in digital assets.”
Lummis worked with Senate Finance Committee Chairman Ron Wyden (D., Oreg.) and Sen.Pat Toomey (R., Pa.) to introduce an amendment that would clarify who is considered a “broker,” and therefore subject to the new reporting requirements.

The Senate could take up the amendment as soon as Thursday, though it’s not clear if it will be approved.
“Our amendment makes clear that reporting does not apply to individuals developing blockchain technology and wallets.This will protect American innovation while at the same time ensuring those who buy and sell cryptocurrency pay the taxes they already owe,” Wyden said in a statement.
Industry advocates, like Chamber of Digital Commerce President Perianne Boring, insist the need for a clarifying amendment stems less from a position of reducing the tax burden on the crypto sector and instead more from an impossibility for some companies to comply given a lack of data.That impossibility could result in crypto businesses, like miners and node operators, leaving the U.S.to set up shop elsewhere.
Story continues Senator-elect Cynthia Lummis, a Republican from Wyoming, stands for a photo at the U.S.Capitol in Washington, D.C., U.S., November 9, 2020.

Stefani Reynolds/Pool via REUTERS “Bringing clarity to these requirements is good for business,” Boring explained to Yahoo Finance this week .”What is not good is to extend those requirements to people who have no way to comply with this.”
The Joint Committee on Taxation estimates the original provision could bring in $28 billion in revenue for the $550 billion infrastructure plan, but two people familiar with the committee estimates told Yahoo Finance the amendment reduces the revenue estimate by more than $5 billion.
Biden administration supports the original measure Despite the industry backlash, the Biden administration backs the original measure that the bipartisan group of senators agreed to during negotiations.
“Stopping tax evasion is a priority for this administration, and this change would help apply similar reporting to cryptocurrency as exists for other financial assets.This is about making sure that people, many of whom are very high income, are paying what they owe under the law when using cryptocurrency.We are encouraged to see it included in the bill, and to see recognition of the significant revenue raising potential of compliance efforts,” said a White House official.
Sen.

Rob Portman (R., Ohio) — the lead Republican negotiator of the infrastructure bill — argued the current proposal doesn’t do what Lummis and the crypto industry say it does.
“The legislation does not impose new reporting requirements on software developers, crypto miners, node operators or other non-brokers,” said Portman in a tweet earlier this week.”It simply says that brokers must comply with standard information reporting obligations.”
Yahoo Finance reached out to Portman’s office about the amendment, but did not receive a response.
U.S.Senator Cynthia Lummis (R-WY) arrives following a break during the second day of proceedings in the second impeachment trial of former U.S.President Donald Trump on charges of inciting the deadly attack on the U.S.

Capitol, on Capitol Hill in Washington, February 10, 2021.REUTERS/Al Drago Lummis told Yahoo Finance a lack of understanding in Washington has made tackling the problem tricky.She said she and Wyden are trying to put together a tutorial for senators to help them understand the issue.
“I’m worried that the U.S.Treasury Department doesn’t get it, and they’re the ones who seem to be advocating to use this broader language in the definition of ‘broker’,” Lummis said.
Lummis — who owns and advocates for bitcoin — told Yahoo Finance she doesn’t think she has a conflict of interest while crafting cryptocurrency legislation.
“I’m also a rancher.

Cows are commodities.I own cows.People don’t care that I advocate for ranching and for livestock grazing.So to me they’re somewhat analogous,” she said.”I don’t believe I have a conflict, I own other assets that I have also disclosed.”
“I think it gives me an advantage that I have a little skin in the game,” she added.
Lummis said she’s still not certain whether she’ll support the broader infrastructure bill, even if her amendment is included in it.
“There are still some other issues that I’m very concerned about in the bill,” said Lummis.”If I had to vote right now, I would vote no — but I’m trying to get to yes.”.

Sat Aug 7 , 2021
In 1993, Jerry Parker made $35 million and was ranked 25th out of 100 top-paid Wall Street players.The turtle trader breaks down the trend-following strategy that he has used for over 30 years.He shares two current trends he's watching and two trading rules that he has always followed.If following the rules is easy, then everyone… 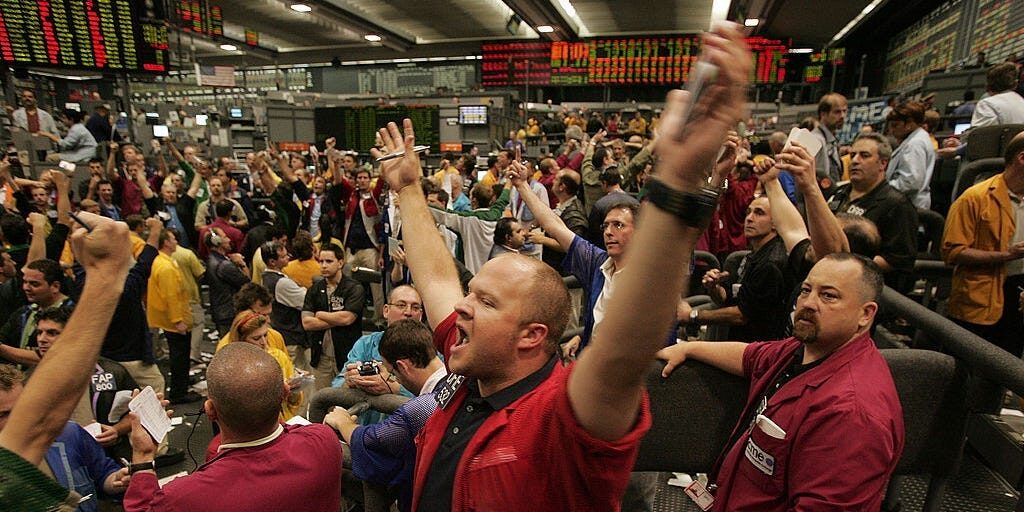