Stacy, dream.Dream beyond Gold and Bitcoin sales.Even the billionaires know the earth is in trouble.Here’s a solution: Sustainable Cooperativism and the untraded “EarthUnit” Science Fiction has portrayed advanced civilizations that have inspired us to rocket beyond the hold of our atmosphere.Are we intellectually incapable of advancing civilization within our atmosphere? The EarthUnit notion stabilizes the…

Stacy, dream.Dream beyond Gold and Bitcoin sales.Even the billionaires know the earth is in trouble.Here’s a solution: Sustainable Cooperativism and the untraded “EarthUnit” Science Fiction has portrayed advanced civilizations that have inspired us to rocket beyond the hold of our atmosphere.Are we intellectually incapable of advancing civilization within our atmosphere? The EarthUnit notion stabilizes the instrument of trade to replace growth with sustainability therefore providing a viable alternative to capitalism, neoliberalism, lobbyism, socialism, xyz-isms, fiat currencies, market trading, market dictates, corporatopolies, plutocracies, monopolies, triopolies, etc, etc.

Within the EarthUnit integrity in itself resides.It is untraded on profiteering exchanges.Many of civilization’s building blocks – the tenets, mores, ethics, morals, philosophies – have fallen to the power of money.Capitalism has run away with its own greed, endless weapons production, self-defeating war and despicable inequality.In our search for a better system we see clearly that all of the issues presented by the profit-motivated thinktanks, the media and university curricula are insidious, divisive distractions to preclude us from following the money.

Specifically, we can mantain a ‘value exchange unit’ to go beyond money-growth-greed toward an ethical, sustainable consciousness.We can develop a functional construct for all to thrive in balance.

We can initiate an evolution with a ‘value engine’ that prices “EarthUnits”.1.

Needed is a sustainable blockchain currency where a realtime, continuously updated ‘Environmental Inventory’ (ie, health and maintenance of the planet and its lifeforms) would determine the price of all things.A pricing triumvirate would consist of 1) a blockchained democratic voting system with comparative data engines, 2) elected committees of ecologically-minded, credentialed scientists of essentially all disciplines, and 3) a Supreme Pricing Court – not of $Democrats and $Republicans – but of an ethically designed Artificial Intelligence system governing the weights within the databsed pricing inventory.

The EarthUnit is a non-invasive method to create, guide, maintain and assure sustainability to include both reasonable population numbers, resource stability and resource availability.3.Businesses must be owned by employees.Currently stockholders and upper management are the coddled beneficiaries of corporations The customer must become the beneficiary of produced goods priced in sustained EarthUnits.

The employees must become the co-owners replacing the profiteers.

One EarthUnit.5.Launching the EarthUnit: a.) The EarthUnit provides an opportunity to use a stable, easily understood opensource trading tool where the value only changes with environmental health factors, including human health.If the various cryptocurrencies were not market-traded they would have provided a launching point.Today, a university campus might be a place to launch our untraded EarthUnit.

The school’s adjacent support businesses and the surrounding town would naturally follow suit.A state university, college and community college system may represent 100 or more campuses.The EarthUnit could extend from one campus to the next, one state to the next.b.) Massive Global NonViolent Civil Disobedience for empowering an “EarthUnit Institute” fostering immediate transitions from all fossil fuels, poor refrigerants and a thorough assessment of synthesized compounds.Needed is a vast, diverse energy array including a fully decentralized grid where each building is a solar power generator with batteries and vehicle-to-grid capability.

Fossil fuel vehicles must be phased out.Needed is solar produced hydrogen for planes and trains.We need wind and solar galore, and of course each viable tide must be harnessed since tidal power is consistent and significant.And more.Much, much more.Note1: The Technocracy Movement of 100 years ago differs substantially from this notion in that the EarthUnit is neither a social-control construct nor an abstract notion superiortizing technology.Today’s arbitrage traders, the Quants, would more aptly be called Technocracy followers than those who may appreciate this proposal which attempts to garner practical equality within the broader paradigm of planetary health for life to thrive.Note2: This scheme is neither totalitarian nor centrally planned in the classic socialist senses.

An environmental pricing engine is neither a means to control conjured-up values nor a plethora of justifications.It is simply a recognition of the laws of physics.If we destroy the planet’s air and water we shall not live.Within this construct of environmental pricing one can imagine there would be more opportunity for small businesses to thrive – businesses that contribute to life rather than….

Wed Dec 18 , 2019
The new Facebook app head, in conversation with Diane von Furstenberg, outlines how candid communications, AR try-ons and AI styling advice are the future of fashion.SIGN UP TODAY Key takeaways: Fidji Simo, the new head of the Facebook app, is tasked with overseeing a transition that focuses on personal communications and commerce.The social media giant… 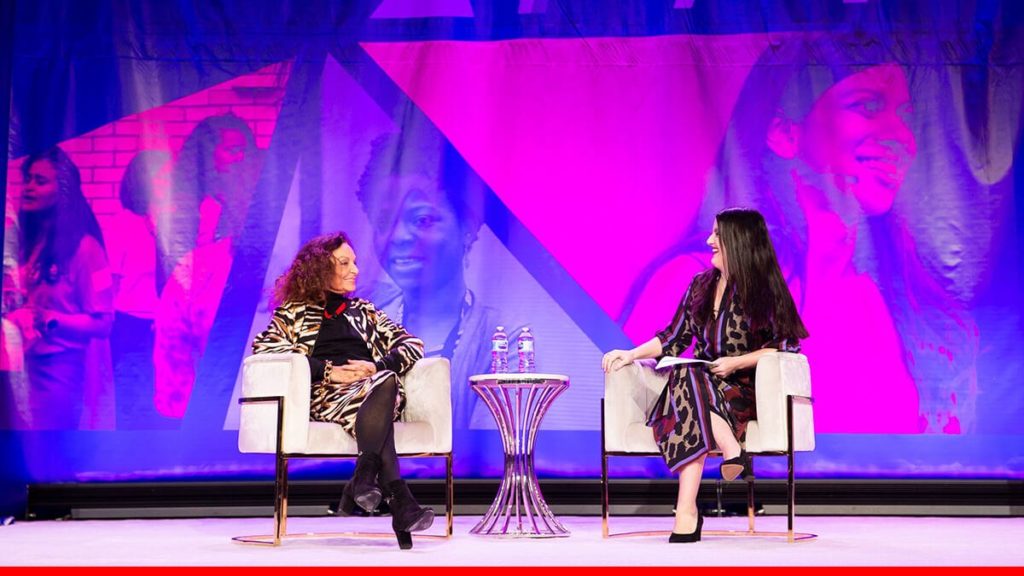