XLM or lumen, the coin of Stellar, has bounced back 8% today (25 February) after taking a plunge yesterday with the rest of the crypto sector caused by market disquiet over the invasion of Ukraine by Russian forces. Today’s price of $0.19 represents a recovery of all of the losses but still leaves the coin…

XLM or lumen, the coin of Stellar, has bounced back 8% today (25 February) after taking a plunge yesterday with the rest of the crypto sector caused by market disquiet over the invasion of Ukraine by Russian forces.

Today’s price of $0.19 represents a recovery of all of the losses but still leaves the coin on a bearish trend and 27% down on its February high.

Is the lumens crypto price consolidating ahead of a return to some gains, or is now the time to sell it short?

In this article, we look at the latest Stellar Lumens news and the XLM price.

Launched in July 2014, Stellar aims to narrow the gap between cryptocurrencies and traditional finance.The blockchain enables fiat currencies and other assets to run in parallel with each other and cryptocurrencies, making it easier to transfer fiat currency into crypto.It was based on the Ripple Labs protocol – the Stellar blockchain was a hard fork , or split, from the Ripple blockchain, and the code was re-written.

The lumen, or XLM coin, is the network’s native coin.Users must hold a minimum balance of one lumen and pay a minimum transaction fee of 0.00001 lumen.

The Stellar Development Foundation (SDF) has partnered with some of the biggest companies in finance and tech, including Deloitte, IBM and Stripe, as well as a dozen financial institutions and payment processors in Asia and Europe.Financial institutions around the world can settle payments and issue assets on the decentralised and scalable network.

On 6 October, the Stellar testnet was upgraded to prepare for the release of Stellar Protocol 18, which will enable developers to create automated market makers (AMMs) on Stellar.

AMMs improve network liquidity , which is part of the 2021 growth plan on Stellar’s development roadmap.Validators will vote on a public launch on 3 November.

If approved, the upgrade will go live at that time.

Bloomberg reported in July that Stellar had approached US-based global payment remittance giant Moneygram International about a potential takeover in partnership with private equity company Advent International.But on 6 October, the companies announced a partnership to integrate MoneyGram’s network with the Stellar blockchain and facilitate payments using Circle’s USD stable coin USDC.Customers will be able to use USDC for cash funding and payout in local currencies.The integration will also enable MoneyGram to settle transactions in near real-time, improving efficiency and reducing risk.

On 17 November MoneyGram announced the project had “hit the first major milestone” with the launch of a live cash-in and cash-out pilot in the USA.According to the statement: “Pilot participants can now deposit cash into their digital wallets at participating MoneyGram locations and send payments internationally via Stellar USDC.The pilot also lets participants exchange Stellar USDC for any cash currency supported on the MoneyGram platform.”

The news followed an announcement on 29 September that digital banking company VersaBank and Canadian blockchain fintech company Stablecorp plan to launch a Canadian stablecoin, VCAD, on the Stellar network.

Today we announced that — Stellar (@StellarOrg) [@theflutterwave] , a global payments technology company, has launched two new remittance corridors between Europe and Africa on the Stellar network with [@tempo_eu] [October 25, 2021]

Earlier in the month, TEMPO said that it has partnered with payment network Arf to launch a new payments corridor from Europe to the Philippines via Stellar.

We are excited to announce we have partnered with — TEMPO Money Transfer (@tempo_eu) [@arf_one] to launch a new payments corridor from Europe to the Philippines via [@StellarOrg] , making cross border payments faster and cheaper for customers.[pic.twitter.com/QCceHqW0nI] [October 5, 2021]

With investor interest in Stellar Lumens growing, digital currency asset management company Grayscale Investments https://www.globenewswire.com/en/news-release/2021/10/18/2315679/0/en/Three-Additional-Grayscale-Products-Now-Trading-on-OTCQX-Market.html on 18 October that its Grayscale Stellar Lumens Trust has started trading on the OTCQX Best Market, operated by OTC Markets Group, under the symbol GXLM.GXLM has been available via private placement to accredited investors since December 2018.

Investors will be able to trade GXLM through their investment accounts in the same way as they buy and sell other unregistered securities.

On 8 October, the Stellar Foundation https://www.stellar.org/blog/announcing-the-matching-fund a new investment track within its Enterprise Fund to invest in projects that expand the use of the blockchain.

Since the start of this year, the Enterprise Fund has invested $24.5m in fintech and blockchain companies in the US, Latin America and Africa.

The Matching Fund will match up to $500,000 in early-stage companies (pre-Series B financing) that are building applications and services on the Stellar network.The Enterprise Fund will focus on later-stage (Series E) investments in companies pre-IPO.

On 14 October, digital financial services company Tala said that it has raised $145m in Series E financing led by Upstart with participation from the Stellar Development Foundation, bringing its total financing to $350m.The investment will enable the company to accelerate the rollout of its new financial account tools and develop a mass-market cryptocurrency product for emerging markets.

Stellar has also allocated close to four million XLM coins to the ninth round of its Stellar Community Fund , which is distributed to projects building on Stellar based on a community vote.The round is open for applications until 21 November.

On 23 November Stellar announced that Stellar USDC had gone live on Fireblock , the platform for digital asset management.”Partnerships like this enable greater adoption of Stellar USDC by institutions and provide more ways for wallets and partners to build on Stellar,” read the statement.

On 9 December the Stellar Development Foundation teamed up with Tribal Credit , a B2B payment and financing platform for emerging markets, and Latin American crypto exchange, Bitso , to create “instant and cheaper” cross-border payment services between Mexico and the US.

On 25 January SDF https://stellar.org/blog/smart-contracts-on-stellar that smart contracts were coming to its platform.Stellar said the move will “empower the ecosystem with more room to innovate” adding it “is not a departure from the values or vision of the network.” The statement added:”It’s critical that smart contracts on Stellar are secure for users and can scale without exorbitant network fees.”

On 16 February the CEO and Executive Director of the Stellar Development Foundation (SDF) tweeted that among lawmakers in the US “we are seeing bipartisan focus and willingness to engage on the opportunities stablecoins can unlock”.She added, “I’m optimistic that DC will continue to engage with industry and drive towards the clear and smart rules of the road we need for the industry to really thrive.”

She points to tie ups it has with MoneyGram, Tribal Credit and Leaf Global Fintech as examples of solutions to “real world problems that have left people out of the financial system for decades.”

XLM bounced from September lows but then fell back

The XLM price had been trending higher since 28 September, when it bottomed out at $0.2553, its lowest level since 27 July.The price climbed above $0.36 following the MoneyGram announcement and extended the gain to reach $0.4198 on 16 October, its highest level since 6 September following a cryptocurrency market rally over the summer.

However, it remained well below the $0.7965 mark reached on 16 May, which was the highest level since the crypto spiked to an all-time high of $0.9381 on 4 January 2018, when the market previously rallied.

What do some forecasters predict for Stellar Lumens’ future price direction? Will it be able to surpass the previous highs, or is it likely to retreat?

Stellar Lumens price prediction: can the coin start to rally?

At the time of writing, on 17 February, technical XLM price analysis from CoinCodex remained bearish for the short-term, with nine indicators giving bullish signals, and 21 bearish signals.The daily 10, 21 50, 100 and 200-day simple and exponential moving averages ( SMAs ) were giving sell signals.

The Hull Moving Average signalled a buy while the Volume-Weighted Moving Average (VWMA) was a sell.In the meantime, CoinCodex predicted that the price could remainfairly static at $0.19 by 2 March.

The XLM price prediction from Wallet Investor estimated that the coin’s average price could be $0.342 in a year’s time and move on to $0.91 in five years.

It’s important to keep in mind that cryptocurrency markets remain extremely volatile, making it difficult to accurately predict what a coin’s price will be in a few hours, and even harder to give long-term estimates.As such, analysts can and do get their predictions wrong.

We recommend that you always do your own research, and consider the latest market trends, news, technical and fundamental analysis, and expert opinion before making any investment decision.

As always, you should be aware that the past price performance is no guarantee of future returns.And never invest more than you can afford to lose.

Follow Capital.com to stay on top of the market’s latest trends and developments.

Whether XLM is a suitable investment for you depends on your personal investing circumstances and goals.Cryptocurrencies are highly volatile investments, making them riskier than other asset classes.You should evaluate the level of risk you are prepared to accept before investing.Never invest money you cannot afford to lose.

Some cryptocurrency forecasting sites like DigitalCoin and Wallet Investor predict that the XLM price could trend higher in the future.

Whether you believe those predictions is a decision only you can make.You should keep in mind that cryptocurrency prices are hard to predict given high volatility on the market, where prices could fall just as quickly as rise.

Forecasting sites such as DigitalCoin and Wallet Investor predict that XLM could reach $1 in the next decade.PricePrediction suggested that the coin could approach the $10 level in that time.

Whether you believe those predictions is a decision only you can make.As always, you should be aware that the past price performance is no guarantee of future returns.And never invest more than you can afford to lose.

How to be less annoying communicating at work

Sun Feb 27 , 2022
By Jaime DeLanghe 4 minute Read How many Zoom meetings and/or happy hours have you joined since 2020? Does it grate on you when someone says “You’re muted!” or “Can you confirm receipt?” Have you not seen the inside of your office since March 2020? advertisement advertisement There’s no question that the way we work… 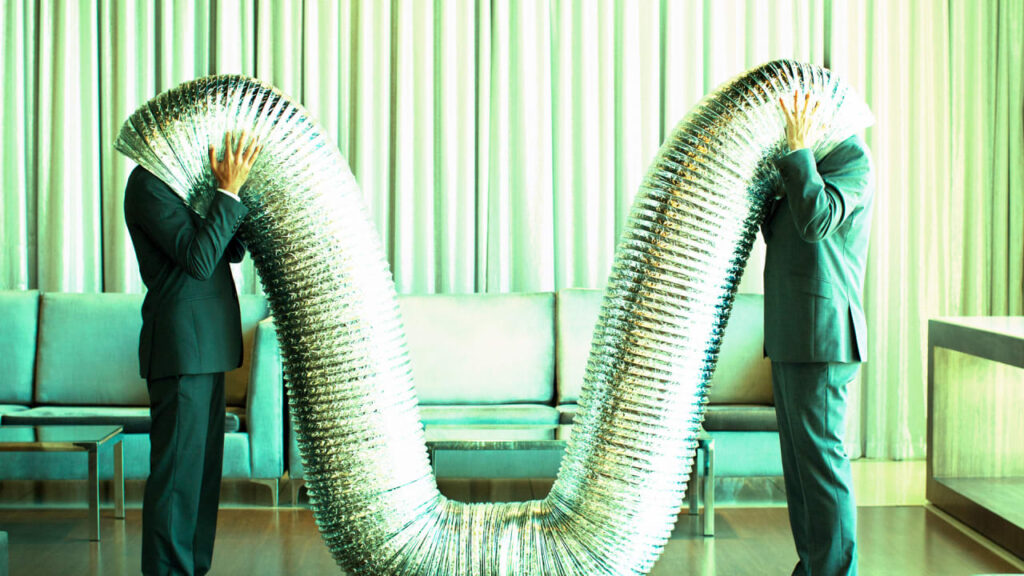