TAIPEI — Taiwan cannot match the economic or military might of China.Yet as Beijing doubles down on its belligerent words and actions toward its smaller neighbor, Taiwan is reaping the benefits of soft power as China’s image declines.Harvard University announced last week it has relocated its overseas Mandarin program from Beijing to Taipei — a…

TAIPEI — Taiwan cannot match the economic or military might of China.Yet as Beijing doubles down on its belligerent words and actions toward its smaller neighbor, Taiwan is reaping the benefits of soft power as China’s image declines.Harvard University announced last week it has relocated its overseas Mandarin program from Beijing to Taipei — a shift that its student paper reported was “due to a perceived lack of friendliness from the host institution, Beijing Language and Culture University.” Harvard’s decision could spur other universities with programs in China to make similar moves, and comes at a time when countries and organizations are beginning to recalibrate their approach to China and reconsider their view of Taiwan.After Tiananmen in 1989, China gradually and carefully rebuilt its image and accumulated a substantial amount of international respect and goodwill.But in most democratic societies, opinions of Beijing have soured recently.”Wolf Warrior” diplomacy is partly to blame, as are the holding of two Canadians hostage, human rights violations in Xinjiang and Hong Kong, and increased bullying of Taiwan.Some in Beijing appear aware that China has a major image problem — one that is at least partly of its own doing.Three days after Harvard’s announcement, Fu Ying, a former diplomat and current chair of the National People’s Congress Foreign Affairs Committee, gently suggested in a People’s Daily column on Thursday that China could improve its image abroad.

“In international opinion, the most appealing and influential narrative for a big country is how it overcomes difficulties and solves its problems — how it behaves as a responsible big country, the contributions it makes toward global stability and development,” she wrote.Carefully quoting Chinese leader Xi Jinping throughout, Fu’s column could be interpreted as a subtle critique of the more combative diplomatic posture Xi has encouraged.In contrast to Xi’s China, Taiwan under President Tsai Ing-wen has been on a global charm offensive since the outbreak of COVID-19.Last year as China was selling masks to other countries — many subsequently found to be defective — Taiwan ramped up production and donated millions of masks to nations around the world.”Taiwan’s success in fighting COVID-19 and helping other countries by donating masks and medical devices helped raise its international visibility and generate goodwill abroad,” said Sydney Yueh, associate professor of Communication Studies at Northeastern State University.China’s Wolf Warrior diplomacy and the global shortage of microchips — Taiwan is a leading producer — have also helped raise the island’s global profile, Yueh said.The generosity of the mask donations was repaid this year as recipient countries such as Japan and the U.S.delivered millions of donated vaccine shots to Taiwan as it faced a shortage.

European countries including Poland, Lithuania and Slovakia, all of whom received Taiwanese masks last year, also donated vaccines.In an address on Oct.10, Tsai referred to the mutual aid by these democracies as a “virtuous cycle” that Taiwan would continue and expand.On Wednesday, a 65-member government and business delegation from Taiwan will begin a three-country visit with stops in Lithuania, Slovakia and Czech Republic.

Lithuania, targeted by an angry China for its warming ties with Taiwan, is pushing for the European Union to show greater support for the island.Czech Republic is also no stranger to Chinese anger.The Czech Senate invited Taiwanese Foreign Minister Joseph Wu to a senate forum later this month — drawing a quick rebuke from Beijing — and in late 2019 the Czech capital of Prague switched sister city ties with Beijing to Taipei.In the past two decades, Europe has maintained a certain distance from Taiwan as its economic and political ties with China have deepened.

That is slowly changing, said Zsuzsa Anna Ferenczy, a Taipei-based post-doctoral fellow and former political adviser in the European Parliament.”While the EU and its member states continue seeing Taiwan via the lens of EU-China relations, there are signs they have started seeing it on its own merit, as a robust democracy facing off an authoritarian China that poses growing threats to European unity,” Ferenczy said.Growing European friendliness toward Taiwan comes with increasing wariness toward China, she added.”These two developments intensified with the pandemic, whereby Brussels witnessed China use a top-down, secretive and hostile authoritarian approach to address the global health crisis, and Taiwan apply a bottom-up, transparent and generous democratic approach,” she said.

India is another global player that has recently begun to warm up to Taiwan, with which it had previously avoided significant ties out of concern of upsetting Beijing.In 2020, Taiwan donated one million masks to India for its frontline medical workers, a move that, as elsewhere, was well-received.India’s border clashes with China also provided Taiwanese officials with an opportunity to connect on a different level: social media messages of democratic solidarity.”The use of social media by President Tsai Ing-wen and other senior officials to reach out to the Indian netizens has worked well in generating awareness about Taiwan in India,” said Sana Hashmi, a visiting fellow at the Taiwan-Asia Exchange Foundation.Taiwan’s typically Western-centric approach to unofficial diplomacy could benefit from paying greater attention to its Asian neighbors, especially India, Hashmi said.There is movement in this space, however, with Taipei and New Delhi reportedly discussing possible cooperation on a $7.5 billion semiconductor manufacturing hub in India.”Taiwan already has robust ties with the U.S., Japan, and now with Australia, placing emphasis on India within the larger foreign policy framework and steering discussion on India in its strategic circle will be beneficial for Taiwan,” she said.

The emergence of Taiwan from political isolation has also been accelerated by the rapid growth in the number of foreign correspondents based on the island.China’s ejection last year of Beijing-based journalists has resulted in The New York Times, Wall Street Journal and Washington Post all having a full-time presence in Taipei for the first time in many years.As restrictions on journalists operating in China has increased, reporters from the U.K., France and Australia have also set up in Taiwan.Aside from wire services such as Reuters, Bloomberg and AFP, most major outlets did not have staff reporters on the ground in Taiwan until the past year or so.Reports on Taiwan and cross-strait ties were often written from China.”Taiwan was portrayed as a troublemaker or criticized harshly from a pro-China perspective,” Yueh said.”When journalists can explore all corners of Taiwan with their own eyes, listening to local people’s voices, experiencing the unique lifestyle and democratic way of life on the island, they will write stories about Taiwan more fairly.” The unfortunate irony of China’s harsh stance toward foreign journalists has not only boosted global coverage and awareness of Taiwan — it is hurting coverage of stories that help readers connect with and understand China on a human level, said William Yang, Taiwan Foreign Correspondents’ Club president.

Yang said the trend of journalists relocating from China to Taiwan is likely to continue for the time being.”The Foreign Correspondents’ Club continues to receive inquiries from journalists in the region regarding how to apply for permits in Taiwan,” Yang said.”The rising risk of reporting in Hong Kong and China will undoubtedly continue that trend.”.

Fri Oct 22 , 2021
How Riz Ahmed Shattered Stereotypes to Become Hollywood’s Most Exciting New Leading Man By Matt Donnelly As Jennifer Aniston knows, a good haircut can make your career in Hollywood.But in Riz Ahmed ’s case, so can a bad one. At age 22, the actor-producer-rapper fell victim to a “horrific bowl cut,” he recalls to Variety.In… 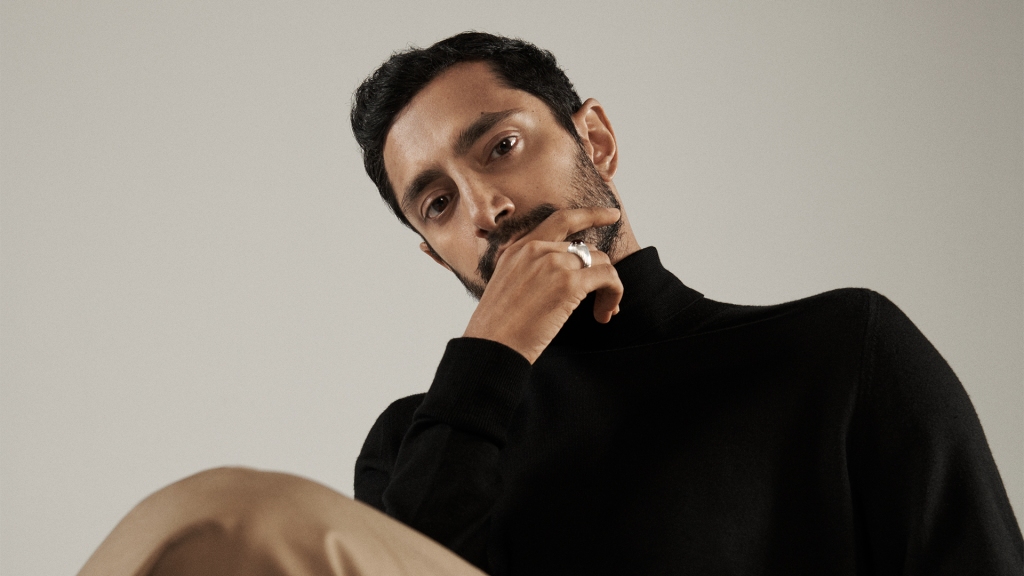