By: Nicholas Midler | Contributing Writer Just before Zack Lawrence ’18 began working for a cryptocurrency startup in the summer of 2016, a hacker exploited a bug in the company’s software and stole $60 million. The startup was called called Slock.it and the money was held in the form of ethereum, a digital token comparable…

By: Nicholas Midler | Contributing Writer
Just before Zack Lawrence ’18 began working for a cryptocurrency startup in the summer of 2016, a hacker exploited a bug in the company’s software and stole $60 million. The startup was called called Slock.it and the money was held in the form of ethereum, a digital token comparable to bitcoin.
In 2016, only a couple companies were involved with the cryptocurrency ethereum. The currency itself was barely a year old, yet Slock.it had already crowdsourced $200 million from the public, promising to create a democratized hedge fund. In exchange for tokens of ethereum, contributors were given Decentralized Autonomous Organization (DAO) tokens that allowed them to vote on investment decisions.

To withdraw money, investors requested back their ethereum using DAO tokens. The hacker exploited a bug in which the DAO returned the ethereum before updating its internal ledgers, recording the withdrawal.

The hacker was able to use the same few DAO tokens to make multiple withdrawal requests, taking a third of the collected $200 million: a blow to the ethereum community.
Although the security breach didn’t mean that ethereum was vulnerable, it didn’t look good that the first major cryptocurrency investment fund lost millions right out of the gate.
Slock.it lost $60 million dollars before finding the bug and stopping the hacker. Next came the hard part.
“What turns this from a horror story to a Hollywood movie is that my team had 28 days to try and recover everyone’s money,” Lawrence said.

Internal Slock.it regulations put withdrawals into financial limbo for 28 days; the money could be neither spent by the hackers nor touched by Slock.it. The confidence of the entire ethereum community was riding on Slock.

it’s actions in the next 28 days, and it was to this band of early adopters and believers that the company turned.
Collectively, the community of ethereum owners voted for something called a “hard fork.” The mechanisms behind the fork are somewhat complex, but the end result is somewhat similar to copying and pasting in a word processor. The ethereum stolen by the hacker was duplicated and given back to the DAO.

Several million dollars sprung into existence and both Slock.it and the hacker retreated happy.
Slock.it’s story is but one turbulent chapter in the no less than tumultuous story of cryptocurrency and its growing presence on campus.
What is cryptocurrency?
Not yet a decade old, cryptocurrency got its start in 2009 after an anonymous user under the pseudonym Satoshi Nakamoto posted a white paper outlining a system for trustless transactions.
Before Nakamoto’s paper, transactions all relied on trusted third party sources. You trusted Wells Fargo to hold your money, Visa to process your payments and Fidelity to invest your money in mutual funds. Even the dollar is little more than a quantified trust that the U.

S. government will be there tomorrow morning.
Nakamoto proposed a mathematical alternative to this system that could securely record transactions and account balances in a new currency dubbed “bitcoin.” Every bitcoin transaction is verified through a complex set of mathematical equations called “hashing.

” When a computer solves a hash equation, it’s rewarded with a set of bitcoins, and the transaction is recorded for posterity on a public ledger called the blockchain. This public ledger prevents fraud, since the ownership and transaction history of every bitcoin is publicly available. The blockchain won’t let you spend bitcoins that have already been recorded as being spent.
It may sound simple, but Nakamoto’s algorithms undercut much of modern banking. Captain John Silvestro manages marine recruitment for the Bay Area and advises Luna Capital, an investment fund for cryptocurrency.
“The thing that blockchain is going to disrupt is that trust agency,” Silvestro said.

“What we pay for right now is trust. The banks are a terribly inefficient thing, but we’ve been paying them for years because that’s the only system we’ve had. You can go back to the Medici family, and we haven’t come up with anything since.”
Online banking is not new, but cryptocurrency is not really “banking.” It is something else. There are no bankers.

No central authority or government that prints bitcoins. It’s all run by a couple of algorithms and powered by computers running hash equations.

Danny Yang earned his Ph.D in computer science from Stanford in 2005. He started a Stanford bitcoin meetup for local cryptocurrency enthusiasts in 2013 to try to build a community around the then-nascent technology.
“At the end of 2013, the bitcoin price went from around $100 to around $1,200,” Yang said. “During that time, there was a lot of hype. Our group size was pretty much like the price of bitcoin.

The more it went up, the more people came to our meetings.”
It’s a relationship that’s held true through the years. Bitcoin stagnated for much of 2014, 2015 and 2016, before spiking skywards in 2017. At the time of our interview on Jan.

21, the price of Bitcoin hovered around $12,000, and Danny had just moderated a wide-ranging discussion on cryptocurrency to an overflowing crowd at the lecture hall in the bottom of the History Corner. I arrived fifteen minutes early to grab a seat, but a standing-only crowd was already backed against the door. I wasn’t the only one turned away.
What is ironic about the correlating price and popularity of bitcoin is that those who have stuck with the currency for the longest are often the biggest critics of the rampant speculation.
Stanford Bitcoin Club co-founders Paa Adu ’18 MS ’18 and Charles Lu ’18 MS ’18 said that while they believe it has great potential, they were unimpressed by the price speculation surrounding cryptocurrency.

“Right now if you look at the top 50 coins, some of them will have multi-billion dollar valuations and not have a produce or a service out, which is kind of absurd,” Adu said.
Though bitcoin was the original entrant in the cryptocurrency field, a plethora of other cryptocurrencies have since emerged, featuring new twists on the bitcoin model as they position themselves for different uses and markets. Many of these coins have multibillion dollar valuations and no apparent applications. Dogecoin, a cryptocurrency based off the popular doge meme, briefly surpassed a market cap of $2 billion, before settling down to its current level just below $500 million.
Continuing obstacles
Though almost 10 years old, Bitcoin still faces many technical challenges. Transaction time is one reason why many people do not pay with bitcoin. Completing the hash equations that verify bitcoin transactions is a time-intensive process.

When Bitcoin’s price peaked at around the $20,000 mark, the backlog to verify transactions took days.
“It’s kind of a gimmick to buy stuff with bitcoin, especially because confirmation times are so long and the fees are so high now,” Lu said.
The fees Lu mentions spring from long wait times that result from an increase in bitcoin transactions being made. When the number of transactions increases, fees spike. The amount of bitcoins that can be created or transacted over the course of a day is limited – thus, fees act as an incentive not to overload the network.

Developers are tackling the challenge of scalability with a variety of technical solutions. Silvestro highlighted the lightning network as one way to facilitate transactions. The protocol is analogous to buying drinks at a bar.
“If I go to a bar and want to order a drink, I can open a tab instead of having to swipe my card every time I order,” Silvestro explained. “With bitcoin, every time I send a transaction I have to swipe. With the lightning network, I can open a tab with a certain entity and say, ‘Just hang onto my tab and we’ll transact back and forth. At the end of the night, I’ll settle up.

’”
Early versions of the lightning network have been released for testing, but the protocol has not yet been widely adopted.
An expanding marketplace
Beyond the technical challenges it faces, the question arises as to how cryptocurrency will evolve into mainstream use. Surprisingly enough, that future may not include the original cryptocurrency, bitcoin.
“Right now, [Bitcoin] is kind of slow, kind of cumbersome and it’s expensive,” said Silvestro.

The transaction times, high fees and price volatility make bitcoin inconvenient for everyday purchases. Silvestro imagines that multiple cryptocurrencies will come to dominate the marketplace. One cryptocurrency could be used to buy your morning Starbucks, another may hold your retirement savings, and a third could be used to facilitate international trade.
“Even a fifty cents [fee] is never going to allow me to buy my cup of coffee,” he said.

“I don’t really think that matters because Bitcoin has a bigger mission than buying a cup of coffee. There will be a multicoin universe in which you will have some other coin that buys your coffee instead of using bitcoin.”
The multicoin idea has been gathering steam as different cryptocurrencies, tailored to specific utilities, are released. One example is Filecoin, a cryptocurrency tailored towards buying and selling computer storage.

Someone who wishes to buy computer storage can spend Filecoins, distributing the tokens to those willing to provide the storage. The data is encrypted and partitioned, preventing any single host from accessing the data.

Each host is also required to post Filecoins as collateral. If the host tampers with the data or goes offline, they can be punished by docking their collateral Filecoins. This is known as a staking system because hosts have to stake their filecoins as collateral.
Lawrence is working to facilitate similar staking systems by bringing together token holders and computing power via his own startup, 1protocol. Someone with extra storage space on their computer but no Filecoins could turn to 1protocol to find another person with excess Filecoins.
“This space is definitely attracting a lot of attention,” Lawrence said.
Lawrence’s company is launching an alpha version of its product later this year.

The decentralized nature of blockchain currencies means that value can flow as easily halfway across the world as it could travel from your best friend’s computer to yours. Gavin Mai ‘18 dropped out at the beginning of his senior year at Stanford to tackle this vision of borderless money.
Mai is a co-founder of Carbon, a cryptocurrency pegged to the dollar.

Carbon falls into a group of cryptocurrencies known as stable coins. Pegged to the dollar or some other stable measure of value, stable coins hope to achieve widespread use by avoiding the high volatility of many traditional cryptocurrencies.
Mai is creating his peg by controlling the supply of Carbon. When the price of one token rises above one dollar, Carbon creates new coins.

When the price dips, an auction that offers certificates redeemable for more tokens the next time they’re issued is held. A stable coin can facilitate trade by eliminating exchange rate inefficiencies.
“You won’t have currency inefficiencies [with Carbon],” Mai said.

“When you’re importing goods from China, the value of the goods changes when it comes over.” Borderless, weightless and independent from government mints, Mai is seizing upon Bitcoin’s ephemeral nature in an attempt to streamline commerce and leave the dollar in the dust of digital currency.
“I think Blockchain or Bitcoin is the greatest invention of the twenty-first century. It allows for people who don’t necessarily trust each other to come to consensus,” Lu said. “It’s a simple concept, underlined by some mathematics, that offers the potential to underwrite the world’s financial system.

”
The only question is: will it?

Sun Apr 8 , 2018
Embed To embed, copy and paste the code into your website or blog: A US federal court, the US Department of Treasury and the Securities and Exchange Commission all issued views on the regulation of cryptocurrencies that portend increasing complexity for market participants. A defendant in a separate criminal action, which alleges that an initial… 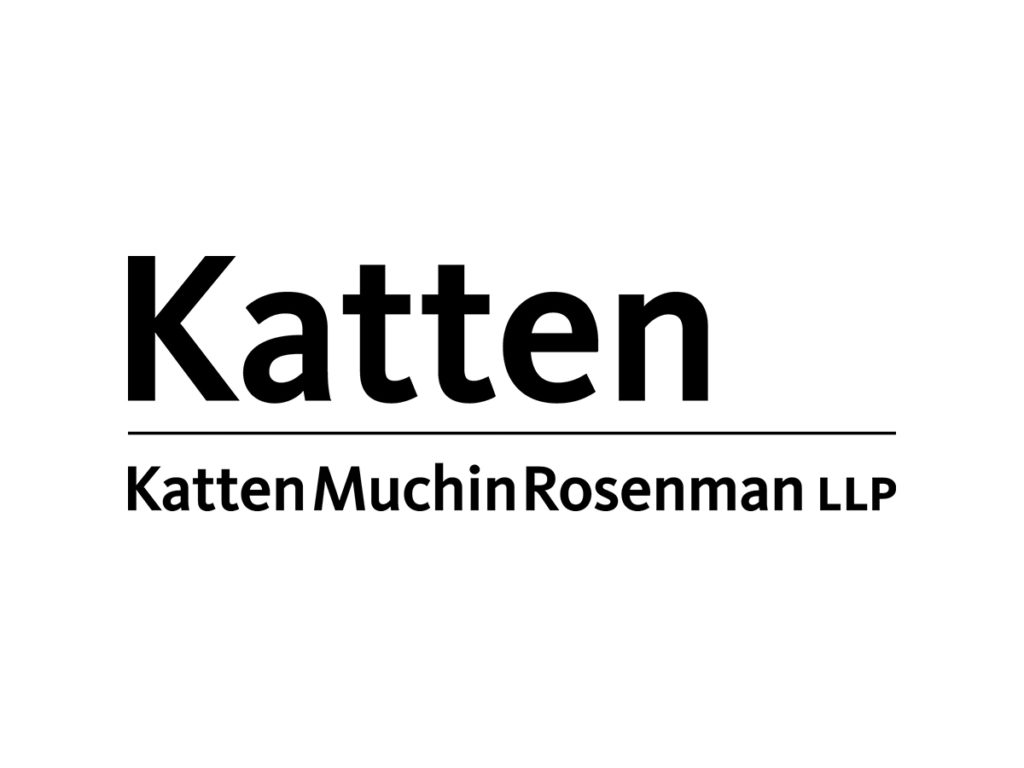