When your last name is Disney, you get to see how the magic is made.Abigail Disney is the granddaughter of Roy O.Disney, who (along with his brother, Walt) started the Disney empire. Correspondent Mark Whitaker asked Abigail, “You went to the parks with him as a child?” “Yeah.When I was little, we would walk in… 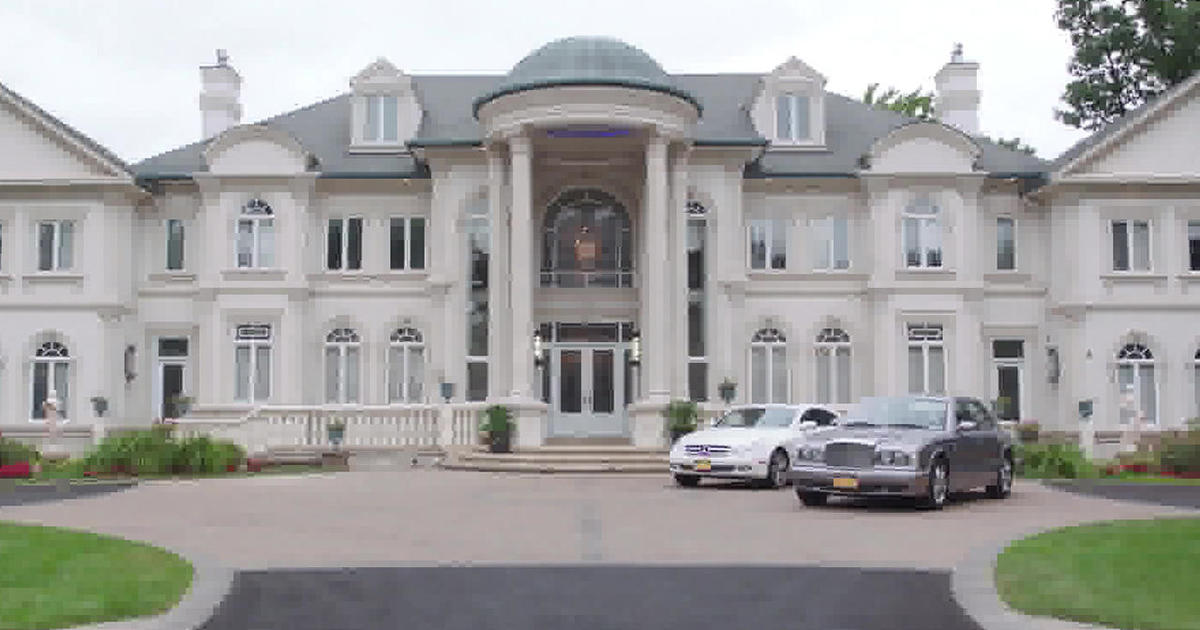 When your last name is Disney, you get to see how the magic is made.Abigail Disney is the granddaughter of Roy O.Disney, who (along with his brother, Walt) started the Disney empire.

Correspondent Mark Whitaker asked Abigail, “You went to the parks with him as a child?”

“Yeah.When I was little, we would walk in the back way with him, which was sort of cool, because once I saw Mickey without his head!” she laughed.

Abigail Disney inherited millions of dollars, and has seen the gilded life up-close.

But these days she thinks that great wealth isn’t necessarily so magical.

Disney is now a social activist and documentary filmmaker.”I really believe that money ruins people,” she said.”There’s this bug called the Japanese beetle and it eats the tree out from the inside, and the tree looks completely fine until it falls over.

I think money is like that.You develop a pattern of thinking and feeling that is corrosive.”

Which has led her to turn a critical lens on the family business.

She’s criticized the multi-million-dollar salary of now-former Disney CEO Bob Iger , and just released a documentary, “The American Dream and Other Fairy Tales,” that looks at income inequity in the U.S.economy in general, and specifically at pay and working conditions for Disney employees.

“This is my name, this is my family,” she said.”I don’t have a role at the company, but I’m benefiting by the exploitation of these people.”

For its part, Disney sent a statement to “CBS Sunday Morning,” which read:

“The well-being and aspirations of our employees and cast will always be our top priority.We provide a leading and holistic employment package that includes competitive pay and comprehensive benefits for our Cast Members to grow their careers and care for their families.

That starts with fair pay and leading entry wages, but also includes affordable medical coverage, access to tuition-free higher education, subsidized childcare for eligible employees, as well as pathways for personal and professional development.We are committed to building on our significant efforts to date and identifying new ways we can support our Cast Members and communities around the world.”

What really appalls Abigail Disney is some of the behavior of the super-rich, like when Richard Branson and Jeff Bezos launched themselves into orbit.

Whitaker asked, “So, Jeff Bezos said when he came back to Earth, he wanted to thank Amazon’s employees and customers, because, ‘You paid for all of this.’ What was your reaction to that?”

“I threw up in my mouth a little bit,” she laughed.”I mean, the idea that he didn’t understand the insult that he was making there when he said, ‘Thank you for paying for my trip to outer space for – ‘ what was it, 20 minutes? He didn’t hear what he was saying.And there wasn’t a single employee there at the ground level who didn’t take that as an insult, and I certainly – a lot of customers – took it as an insult.”

Labor activists weigh in after Bezos thanks Amazon workers after space trip: “You paid for all this” (“CBS This Morning”) The wealth gap has reached stratospheric levels.

According to Federal Reserve data , the richest one percent of Americans now has almost 13 times the wealth of the bottom 50 percent.

It’s led some to consider: maybe you CAN be too rich.

Professor Ingrid Robeyns, who teaches philosophy and ethics at Utrecht University in the Netherlands, has been promoting a concept called “limitarianism.”

“Limitarianism is just a word for the thought that there should be a moral limit to how much wealth you can accumulate,” Robeyns told Whitaker.”So, it’s the idea that it’s fine to be well-off.But at some point, one has too much.”

Robeyns is talking mainly about the really rich … and there are more of them than ever.Since 1990, the number of billionaires in the U.S.has grown from 66 to 745, according to a study of Forbes data by the Institute for Policy Studies and Americans for Tax Fairness .

Robeyns believes the case against the super-rich isn’t just moral; it’s also environmental, from the profits of businesses that haven’t paid for polluting the atmosphere, to the emissions from mega-mansions and private planes, and the unused dollars just sitting in offshore accounts.

Robeyns said, “There is money in the hands of those who are super-wealthy that is not used for meeting their needs.

It’s used for luxury spending, or for accumulating further and further.Whereas we have this massive problem of climate change that also needs funding.”

The world’s wealthiest one percent are believed to use double the carbon emissions of the bottom 50%, according to the Oxfam report, “Confronting Carbon Inequality.”

So, where to draw the bottom line on wealth?

Robeyns said, “In America you now have this saying, ‘There shouldn’t be any billionaires.Every billionaire is a policy failure.’ And my initial reaction is, ‘No, a billion is way too much.'”

“So, whatever your line would be, it would be under a billion?” asked Whitaker.

I think you can have a fully flourishing life and do all the things you want with, well, perhaps not with $10 million, but then with $20 million.I don’t think you need a billion.”

Whitaker asked Vivek Ramaswamy, an entrepreneur who made more than a few dollars as the founder of a biopharmaceutical company, “Do you think that there’s a point at which it becomes a problem for an individual, but also for society, when not just one person, but a whole class of people, has vastly more wealth than anybody else in the society?”

“I don’t think that’s inherently a problem,” Ramaswamy replied.”I’m not going to tell you that capitalism is a perfect system.But I will tell you that I think it is the least imperfect system in ultimately lifting up people who are at the bottom.”

And then, there’s the argument about incentives – that you, too, could become the next Bill Gates.

To which Abigail Disney said, “I think that’s hogwash.My grandfather wasn’t interested in money primarily.Anybody who’s just there for the money, thank you very much, I don’t wanna work with them.”

Robeyns noted, “So, rich people say, ‘I did this, I took the risk, or I – whatever I did – so it’s mine.I deserve it.’ But the truth is, take any of these billionaires, put them on a deserted island, and just look at what they can do.They can do nothing.

They can survive.So, that means for all of us, our quality of life and the degree to which we can flourish, depends on what others do.”

Limitarians also raise concerns about the outsized impact that the wealthy have on society, from politics to philanthropy.

“And it can, of course, be that you just fund somebody who’s standing for office who then becomes a president or a member of Congress,” Robeyns said.”It can also be that you, for example, buy up or fund, heavily fund, say, university institutes.And in that way, you shape the way the public conversation is going.

“These are ways in which you can turn financial wealth into political power.”

Abigail Disney said, “I don’t think it’s right for a private individual, a group of individuals, to have that much say in the direction of social issues that all of us are affected by.”

It’s one limitarian point that Vivek Ramaswamy agrees with; he’s criticized corporations and the wealthy for exerting their influence on social issues.

“The source of equality that I think we need to restore isn’t an equality of wealth, it isn’t a redistribution of wealth; it is a restoration of the idea that we are equal as citizens,” he said.

A startling new study just out from Oxfam, called “Inequality Kills,” finds that the world’s 10 richest men more than doubled their fortunes during the first two years of the pandemic – while income levels for the 99-percent of people around the globe actually fell.

Whitaker asked Robeyns, “From a real-world perspective, how realistic is what you’re talking about, putting an absolute limit on wealth?”

“Yeah, it’s a very good question.So, philosophers need to ask questions that make people think, even if they disagree.So, I think that’s my role,” she said.”I do not believe that in my lifetime there will be any country that has a general limit to wealth.”

But here’s one last thing to think about: If recent history is any guide, in just the eight minutes it took viewers to watch this story, Jeff Bezos’ wealth increased by a million dollars.

Here's how much you'd have if you invested $1,000 in bitcoin this year

Tue Jan 25 , 2022
Bitcoin has had a difficult start to 2022.The top cryptocurrency fell below the $33,000 mark on Monday to its lowest point since July , before regaining some losses later in the day .Still, the digital asset is down about 22% year to date, and roughly 40% below its all-time high hit in November.That means that… 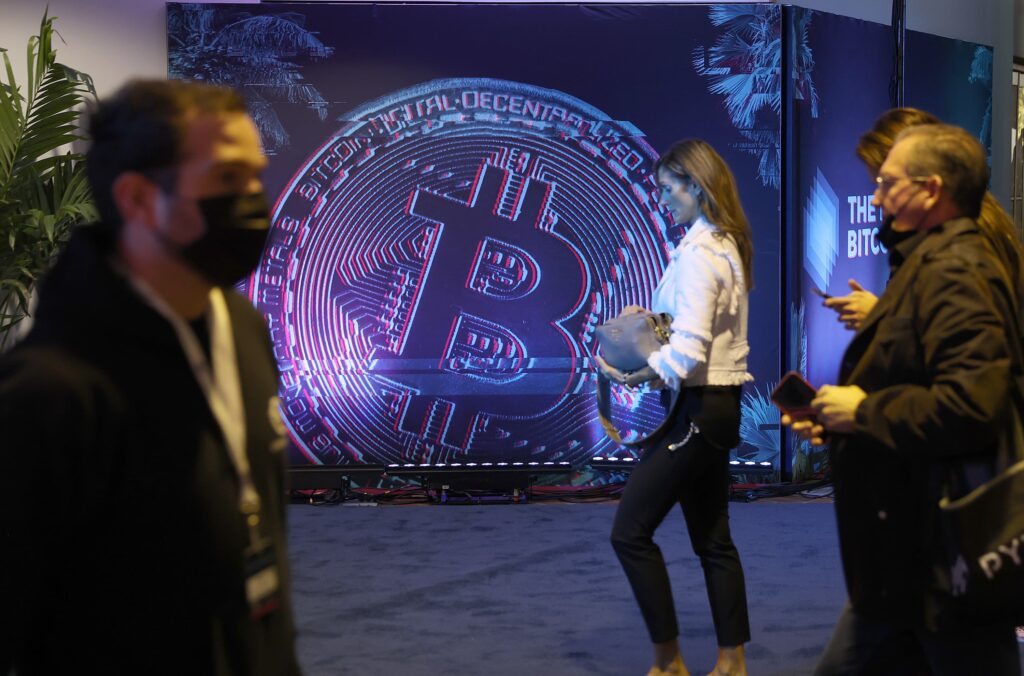