W e’re used to hearing apocalyptic descriptions of the impact of the Covid-19 pandemic on the UK economy: “the largest fall in economic output since 1709”, was the Office for National Statistics’ verdict eight months ago. Yet the Office for Budget Responsibility, in its report on Wednesday’s budget, estimates that the long-term impact of Brexit…

W e’re used to hearing apocalyptic descriptions of the impact of the Covid-19 pandemic on the UK economy: “the largest fall in economic output since 1709”, was the Office for National Statistics’ verdict eight months ago.

Yet the Office for Budget Responsibility, in its report on Wednesday’s budget, estimates that the long-term impact of Brexit will be more than twice as great as Covid.It thinks that Brexit will reduce UK productivity, and hence GDP per capita, by 4%, while the impact of Covid on GDP will only be 2%, with a slightly smaller impact on GDP per capita.

This shouldn’t be surprising.The fall in output in 2020 was both inevitable and desirable – it was not, in economic terms, that different from an extended holiday.Just like a holiday, we chose to shut down large parts of the economy.The difference was that it was by necessity – to save lives – rather than by choice, but the consequences aren’t that different.

The economy shrank, and by a lot.

Brexit worse for the UK economy than Covid pandemic, OBR says Read more Holidays don’t reduce the productive capacity of the economy.If a factory shuts down for a month, the machines are still there when it reopens.Similarly, when workers return, they still know how to do their jobs.

The virus does not destroy factories, roads, buildings or software and, while its human toll has been dreadful, the impact on the size or composition of the working-age population will be relatively small in macroeconomic terms.

So the worry was not the huge short-term fall in GDP.It was that temporary closures would do permanent damage to the economy.The biggest risk was that, as in the 1980s, we allowed mass unemployment to become entrenched, or viable businesses to go bust.

But, thanks to the furlough scheme and other business support measures, we seem to have avoided that risk in the UK and elsewhere.Indeed, US GDP – boosted by Joe Biden’s stimulus package – has already exceeded its pre-crisis level.

The UK is not that far behind, albeit still well below the pre-crisis trend.

Indeed, the most obvious short-term economic problem in most advanced economies are now supply bottlenecks and labour market mismatches as economies reopen, leading to rising wages and shortages of some goods.But while this will – as the OBR also says – reduce both growth and, via inflation, real wages, it will mostly be temporary.

The OBR isn’t entirely sanguine – it still thinks Covid will permanently push some people out of the labour force, through early retirement or potentially long Covid, and that there will be some lasting hit to productivity.

But things could have been a lot worse.

By contrast, Brexit is, by its nature, a long-term issue.Just as it took decades for the UK to see the full benefits of EU membership, we’ll still be discussing the economic impacts of Brexit long after I’ve retired.

The direction of those impacts isn’t controversial.The principle that increasing barriers to trade and labour mobility between two large trading partners will reduce trade and migration, and that this will, in general, reduce economic welfare on both sides – but especially for the smaller partner – isn’t really at issue.While there was no shortage of politicians who argued that, somehow, new trade barriers would not make much difference, or that trade with our closest and largest single trading partner could easily be substituted with trade with the rest of the world, no credible economic analysis endorsed such claims.

Nor is the OBR’s 4% estimate of the impact on the UK economy that different from that of independent economists – we at UK in a Changing Europe put it at just under 6%.

But crucially, both those (and other) estimates predated Brexit.

So the news here is that the OBR has taken a hard look at the evidence to date on the actual impact of Brexit.Its conclusion, briefly, is: “so far, so bad”.

That is, the UK’s trade performance this year is consistent with its original estimates that UK exports and imports would both fall by 15%.

Indeed, in some respects, the data so far looks even worse than that – UK exports have already fallen by approximately this much compared to pre-pandemic levels, while advanced economies as a whole have seen trade grow.And, again in common with external analysts, the OBR sees no evidence that trade deals with third countries, or any of the other putative economic benefits of Brexit, will offset this in any meaningful way.

No model includes everything.The OBR’s is no exception.It hasn’t accounted for the damage done to education during the pandemic, especially for poorer kids .

Here, the government’s failure to fund a serious catch-up programme could leave permanent scars – both economic and social.And, on the other side, a more liberal migration system towards non-European migrants could, in principle, offset some of the damage of Brexit.

But so far, it looks as if, from an economic perspective, Covid is for Christmas, while Brexit is for life.

Jonathan Portes is professor of economics and public policy at King’s College London.

Zillow is selling hundreds of homes in places like Atlanta, Phoenix, and Houston. An Insider analysis found almost two-thirds are listed for less than it paid.

Sat Oct 30 , 2021
Zillow paused buying homes for the rest of 2021, leading to questions about its flipping business.We examined 960 Zillow-owned homes for sale in Atlanta, Phoenix, Dallas, Houston, and Minneapolis.About 64% of them were listed for less than Zillow paid, signaling major issues for the iBuyer.Zillow Group has listed hundreds of homes that it owns in… 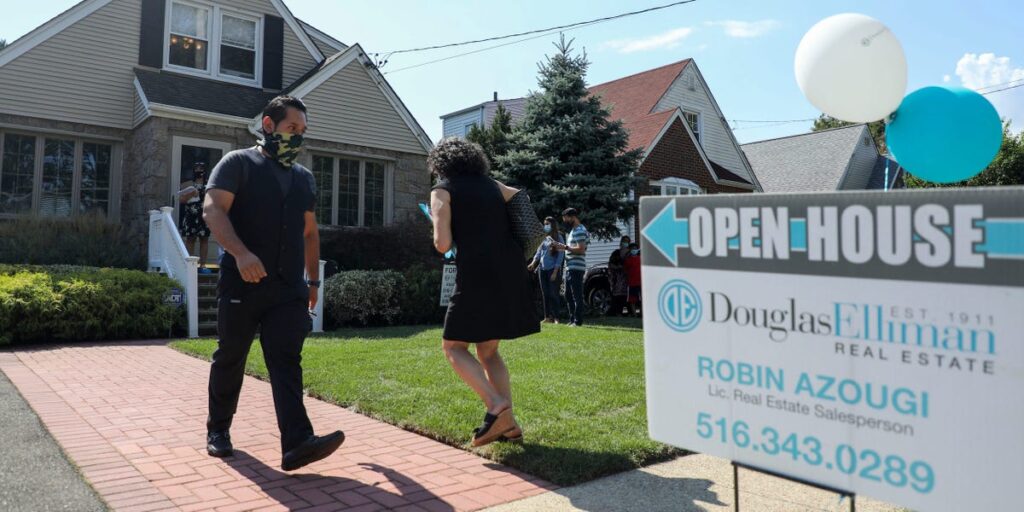