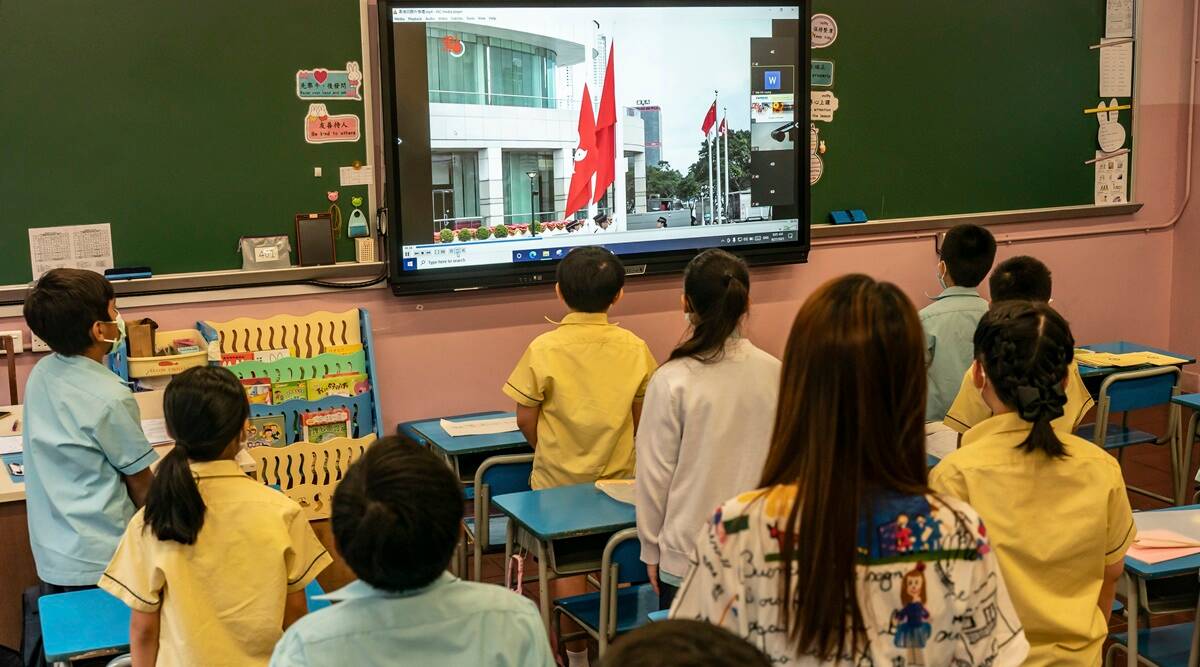 Long before the school year began, Chim Hon Ming, a primary school principal in Hong Kong, knew this year’s student body would be smaller.The city’s birthrate had already been falling, and families were increasingly frustrated by Hong Kong’s strict pandemic restrictions and the political turmoil.

Even he was not prepared for the extent of the exodus.When school started last month in his district of western Hong Kong Island, the first-grade classes were about 10% smaller than the previous year’s — a decrease of more than 100 students.

As Hong Kong has been battered by two years of upheaval, between the pandemic and a sweeping political crackdown from Beijing, many of the consequences have been immediately visible.Businesses have shuttered, politicians have been arrested, tourists have disappeared.One major change is just coming into focus: some residents’ determination that the city is no longer where they want to raise their children.

Last year, Hong Kong experienced a population drop of 1.2%, its biggest since the government began keeping records in the 1960s.

From July 2020, when China imposed a national security law, through the following July, more than 89,000 people left the city of 7.5 million, according to provisional government data.

The number is likely to grow.Both times the government updated its provisional data for the past two years, the number of departures more than doubled.

Officials have not said how many of those departures were students.But they have offered at least one metric: Hong Kong’s primary schools will have 64 fewer first-grade classes this year than last, according to statistics released by the Education Bureau last week after an annual pupil head count.

The figures seem to confirm a trend that educators have warned about for months.

A survey in May by the city’s largest teachers’ union found that 30% of primary schools polled had seen more than 20 students withdraw.(The union, which was pro-democracy, recently disbanded under government pressure.) Another survey in March by a pro-Beijing union found that 90% of kindergartens had lost students, with more than half of principals citing overseas moves as a reason.

Administrators say the rate has accelerated since then, with some losing as much as 15% of their students after a summer of emigration.While many of the first-grade class cuts were planned in the spring, the bureau ordered that 15 more be trimmed after the September head count.

“They prefer their children to have more freedom of speech and to have more balanced education,” John Hu, an immigration consultant, said of parents.Hu said his business surged after the security law was enacted, and families with children made up about 70% of clients.

The exodus of residents has cut across society.

Hong Kong already faced a doctor shortage, and in the 12 months ended in August, 4.9% of public hospital doctors and 6.7% of nurses quit, many to emigrate, according to the hospital authority’s chairman.Residents leaving Hong Kong withdrew $270 million from the city’s mandatory retirement plan between April and June, the largest amount in at least seven years, government statistics show.

The education sphere is both a victim and a driver of the departures.

Beginning this academic year, officials have pledged to instill obedience through mainland-China-style “patriotic education.” Subjects as varied as geography and biology must incorporate material on national security.Kindergartners will learn the offenses under the security law.Teachers accused of sharing subversive ideas can be fired.

Anne Sze, a teaching assistant at a school, learned about those changes in March, during a staff meeting.

The principal described how all subjects going forward would include lessons on loving China, Sze, 46, said.

Until then, Sze, who had grown disillusioned with the political atmosphere in Hong Kong, had taken preliminary steps toward emigration but had no concrete plans.But after that meeting, she imagined her own sons, 8 and 11, going through similar “brainwashing,” as she called it.

She and her husband hurriedly applied for special visas that Britain is offering to Hong Kongers in response to the security law.In August, they left.

“If I didn’t have kids, I may not see the urgency,” she said.But “the education system is not the same as before.

That’s the main reason I have to go.”

Government officials have brushed off concerns about a general exodus, noting that Hong Kong has always been an international city with a transient population.But even they have acknowledged the blow to schools.Kevin Yeung, the city’s education secretary, said last month that it was a “fact” that “there are many people choosing to leave Hong Kong.”

The changes have perhaps been most obvious at Hong Kong’s most-prestigious educational institutions, as families with the means to leave have rushed to do so.

In the past, a good part of Julianna Yau’s job involved needling admissions offices at Hong Kong’s elite international schools.Yau, the founder of Ampla Education, an admissions consultancy, would ask if they had any open spots, or about the length of the waiting list.

Recently, the inquiries have flowed in the other direction.

“It’s quite different now,” Yau said.“There has been a wave of students going to the U.K.in the past year.”

That wave has also dented the market for debentures, payments that parents can make to international schools to gain priority in the cutthroat admissions process.Some schools limit the number of debentures they offer, creating a secondary market with sometimes astronomical values.

They’re still astronomical — but a little less so.

Debentures for one well-known school, Victoria Shanghai Academy, fetched about $640,000 per student in 2019, according to KC Consultants Limited, a company that trades secondhand debentures.Now, they are available for about $510,000 each.

The exodus is not limited to expensive international schools.

Last month, the pro-Beijing teachers’ union, which represents many educators at local schools, petitioned the government to freeze teacher hiring.It cited “the education sector’s panic” about the “severe crisis of class reductions.”

Hu, the immigration consultant, said the new special visa route to Britain might be drawing families who typically could not afford to move abroad.Historically, many Hong Kongers have used investment visas, which can require millions of dollars in assets, he said.The new route requires only that arrivals be able to support themselves for six months.

“I think this issue is common for parents: If they have the financial capacity to move abroad, I think they would,” Hu said.

Hong Kong also saw a surge of departures in the years before 1997, when Britain returned control of the territory to China.

But many of those migrants were affluent residents who secured foreign passports as “insurance” against communist rule while still traveling often to Hong Kong.Many eventually returned full time.

The new immigration pathways have more-stringent residency requirements, making it more likely that the current departures will be permanent, Hu said.

School administrators have been left scrambling to recruit students from other schools in the city.

Dion Chen, the principal of a secondary school that lost about 50 out of 1,000 students over the past year, said he had filled about half those vacancies.

He has also focused on the less tangible work of supporting the students who remain.

His school has introduced more check-ins with students and given out small back-to-school gifts, partly because administrators worried about the emotional toll on those whose friends had left.

Chen noted that more departures were likely to come, especially once the pandemic subsided and travel restrictions eased.

“I don’t think it’s the bottom of the valley yet,” he said.

Why does the internet keep breaking? 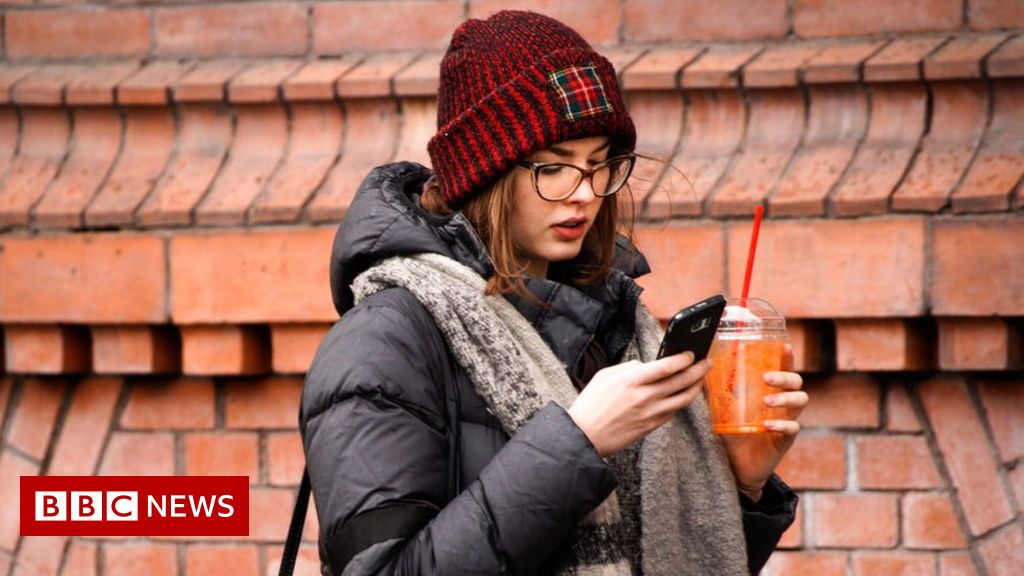