Some investors believe that long-term cryptos to buy and hold is dead .After all, this market appears to be headed lower.So, why pick up digital assets, when there are plenty of alternatives to be found? Bond yields are looking far more attractive .Various defensive stocks also provide much lower valuations than we’ve seen in some…

Some investors believe that long-term cryptos to buy and hold is dead .After all, this market appears to be headed lower.So, why pick up digital assets, when there are plenty of alternatives to be found?

Bond yields are looking far more attractive .Various defensive stocks also provide much lower valuations than we’ve seen in some time.However, we have to consider that long-term cryptos are reaching attractive valuations on panic, and may be worthy of a buy.

In fact, for those with a multi-year investment time horizon, here are three long-term cryptos to consider right now.

The largest cryptocurrency in the world, Bitcoin ( BTC-USD ) is certainly a top token most would put in the category of long-term cryptos to buy.

Much of this view has to do with the fact that Bitcoin is the oldest cryptocurrency out there.

Accordingly, there’s a real historical track record of performance investors can base their decision upon.

And what a track record it has been.Bitcoin has declined more than 50% on multiple occasions from peak to trough.That said, each and every time, this top digital currency has regained new all-time highs.Thus, for long-term investors seeking a high-quality token with the potential to bounce significantly from these levels, Bitcoin may look attractive at around $20,000 per token.

Indeed, if Bitcoin is able to regain its previous high of around $69,000, that would imply returns of nearly 250%.

What could drive this move? Increased institutional adoption of Bitcoin is one key potential driver investors are watching.As more fund managers seek diversification, Bitcoin is likely to see the bulk of inflows, at least over the medium-term.Additionally, should regulators put Bitcoin in the “commodity” bucket rather than the “security” bucket, as many will think will happen, this is a token that could be much more attractive relative to most other projects out there.

Moving to the second-largest crypto by market cap, Ethereum ( ETH-USD ), we have another token that’s been beaten down by the overall market.

Falling almost 75% from its peak roughly one year ago, Etheruem’s token price is something that’s been more volatile than other tokens, even that of Bitcoin.

Much of this has to do with Ethereum’s underlying infrastructure and its overall model.A smart contract blockchain network, Ethereum is the backbone of many other decentralized finance projects.Whether it’s NFTs or other applications, the crypto projects that create utility are usually run on Etheruem.

This has resulted in impressive network effects in recent years.

Additionally, Ethereum’s highly-anticipated shift to proof-of-stake from proof-of-work has come and gone with a whimper.An initial surge into the merge has been met with a sigh, as investors have moved on to other assets.For now, this has provided long-term investors with what I think is a buying opportunity.

That’s because I view Ethereum as more of a foundational “plumbing” or “picks and shovels” way to play innovation in the crypto sector.Most innovation seems to flow through Ethereum.Thus, at these levels, this token is starting to look very attractive, particularly for those thinking long-term.

Last on the list of top long-term cryptos to buy is Cardano ( ADA-USD ).

This proof-of-stake project is one of the first to be launched with a purpose-built PoS mechanism.

Accordingly, for developers in the crypto world, Cardano has provided a unique platform to grow, in an efficient way.

However, it’s worth noting that Cardano is an often-overlooked giant in terms of developer interest in this space.Currently, this network features around 100-150 developers working in the projects and pushing around 700 commits a week.This makes ADA one of the most actively-developed projects in the blockchain space.Accordingly, many experts believe that Cardano could have what it takes to actually take market share over the long-term.

Similar to Ethereum, Cardano is also undertaking some massive upgrades.The network’s Vasil hard fork has been instituted in September, and will take some time to fully roll out.From here, it will be interesting to see how the network performs, and if efficiencies are created.

If so, I think Cardano could be an excellent long-term pick for investors right now.

Chris MacDonald has a position in Etheruem.The opinions expressed in this article are those of the writer, subject to the InvestorPlace.com Publishing Guidelines ..

New crypto-currencies: A blog post to talk about the new coins in the crypto world and how they work.

Sat Nov 5 , 2022
[New crypto-currencies: A blog post to talk about the new coins in the crypto world and how they work.] views With so many new cryptocurrencies popping up all the time, it can be hard to keep track of them all.In this blog post, we will take a look at some of the newer coins in… 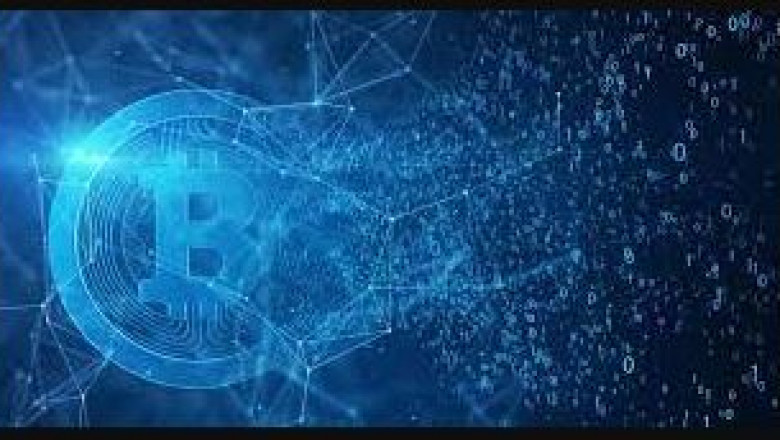