Owned by a Saudi sovereign fund and backed by Crown Prince MBS, the project entails developing resorts on 50 islands.Travelling the Middle East will be the easiest it’s ever been Relaxed visa requirements, shifting politics, and new transport connections promise to draw more visitors to the region.Although the coronavirus pandemic has forced travel to a… 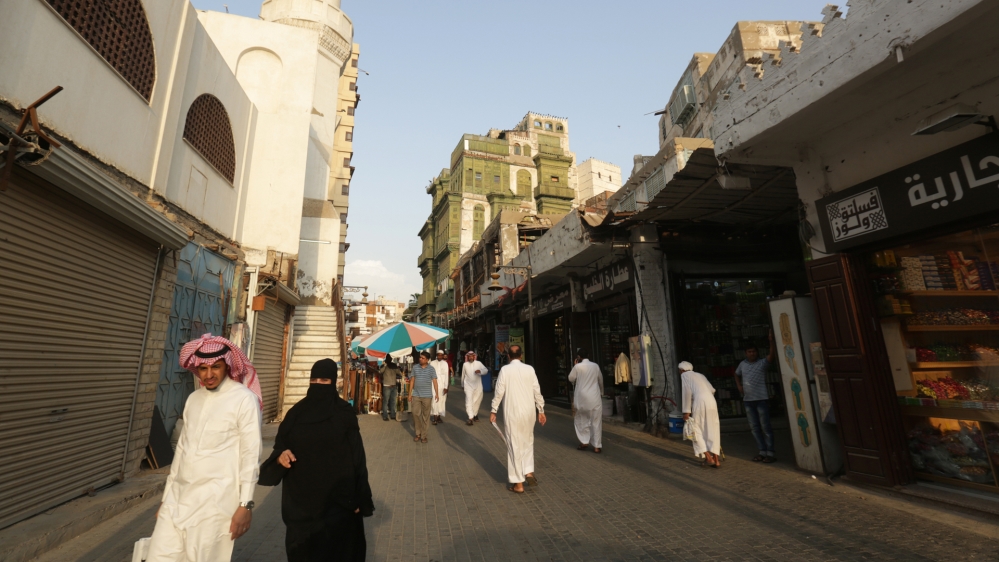 Owned by a Saudi sovereign fund and backed by Crown Prince MBS, the project entails developing resorts on 50 islands.Travelling the Middle East will be the easiest it’s ever been Relaxed visa requirements, shifting politics, and new transport connections promise to draw more visitors to the region.Although the coronavirus pandemic has forced travel to a halt and slammed shut international borders, unprecedented reforms taking place in the Middle East will make travelling around the region easier than ever before, once the world opens up again.Relaxed visa requirements, shifting politics, and new transport connections promise to draw more visitors to the region, which before the pandemic had the fastest-growing rate of international arrivals and double the global average, according to the United Nations’ World Tourism Organization.Because of the pandemic and the piecemeal, country-by-country developments, this huge shift across the Middle East has gone mostly unnoticed.Saudi Arabia launches first-ever tourist visas Saudi Arabia was long a challenging place to visit for the casual traveller, but in September 2019 the country started issuing [tourist visas for the first time](/economy/2019/9/27/saudi-arabia-will-issue-new-visas-relax-dress-code-for-tourists) .Previously, only Muslim pilgrims, resident workers and business travellers could enter Saudi Arabia, but now tourists from 49 countries in North America, Europe and Asia can apply for a visa online for 440 Saudi riyals ($120) or get one on arrival.Saudi state TV reported the country [welcomed 24,000 visitors](/news/2019/10/8/saudi-arabia-welcomes-24000-tourists-in-10-days) in the first 10 days after the launch of the tourist visa, and it aims to bring in 100 million tourists every year by 2030.

Saudi Arabia constitutes 80 percent of the Arabian Peninsula by landmass and borders seven countries, making a cross-region overland trip, say between the Nabataean sites of Hegra and Petra, possible for the first time.UAE and Bahrain agree to normalisation with Israel In September 2020, the United Arab Emirates and Bahrain signed [the Abraham Accords with Israel](/news/2020/9/15/israel-uae-and-bahrain-sign-us-brokered-normalisation-deals) , marking the first public normalisation of relations between Israel and an Arab country since the 1990s.The move has allowed travellers to board direct flights between the countries, which was previously not possible.Sharon Bershadsky, director of the Israel Tourist Office in the United Kingdom, said 67,000 Israeli tourists visited Dubai after direct flights were introduced at the end of November, though rising coronavirus case numbers have put them on hold for now.

“Today more than ever, the Middle East is a safe zone for international tourists,” Bershadsky said.“The agreements signed with the United Arab Emirates and Israel will provide unique combinations between both destinations at affordable prices.” Airlines already flying or expected to fly these routes include Etihad Airways, the UAE’s national airline; El Al, the Israeli flag carrier; and Emirates, all of which have extensive global networks.

Budget airlines are also getting in the game, with flydubai, Israir and the just-launched Wizz Air Abu Dhabi operating flights.Another development is that Israeli planes are permitted to pass through Saudi airspace, shortening the journey time.

Blockade of Qatar comes to an end In June 2017, Saudi Arabia, the UAE, Bahrain and Egypt severed diplomatic relations with Qatar, closing its only land border and blocking Qatar-registered flights and ships from using their airspace and sea routes.More than three and a half years later, the countries agreed to restore [full diplomatic and trade ties](/news/2021/1/6/blockading-nations-drop-13-demands-on-qatar-sources) .Saudi Arabia [reopened its border with Qatar](/news/2021/1/4/saudi-to-lift-qatar-blockade-live-news) , and direct flights have resumed between Doha and Dubai, Riyadh, Cairo and other cities.Oman eliminates tourist visas for travellers from more than 100 countries Visitors from 103 countries, including the United Kingdom, the European Union and the United States, no longer need a visa to visit Oman for two weeks, making the country more accessible, especially for those on a short trip.

Oman’s previous policy required tourists to apply for a visa online for 5 Omani rials (about $13).

“This new change positions Oman on the global map and opens up numerous possibilities by making Oman reachable to a wider audience,” said Haitham al-Ghassani, acting director of Oman’s General Tourism Promotion.“Exemption from entry visas will promote the entire tourism industry.Tourists around the world can now quickly visit Oman without going through the hassle of a long visa process.” Although international tourism numbers to Oman remain a fraction of those to the neighbouring UAE, transport connections between the two countries are increasing.

More tour operators start offering visits to Socotra Island Some 380km (236 miles) off the coast of Yemen, the island of Socotra is one of the most biodiverse places on Earth, and the mushroom-shaped dragon blood trees are its most recognisable icon.Though the political situation in Yemen remains unstable, more tourists have started coming to Socotra.Lupine Travel, a UK-based tour operator that specialises in unusual destinations, began offering visits to Socotra in 2019, and they quickly became the company’s second-most popular tour.

“Socotra has so much potential, and it could easily become a tourist destination to rival the Galapagos if it is developed in the right way,” said Dylan Harris, founder of Lupine Travel.“They’ve never had mass tourism here, but looking after travellers seems to be in their blood.” Socotra has almost zero tourist infrastructure, with basic accommodation available in the island’s capital of Hadiboh but camping required elsewhere.Harris said one of the biggest challenges of running tours is actually getting to Socotra: weekly flights on Yemen’s national airline, Yemenia, used to depart from Cairo but are no longer running.Felix, another Yemeni operator, ran flights from Dubai but stopped after only a few weeks.

Now Air Arabia, flying from Abu Dhabi, is the only option, but it is unclear how long these flights will continue.Soon after the coronavirus pandemic pushed travellers out in spring 2020, June [saw a coup](/news/2020/6/21/yemen-accuses-uae-backed-separatists-of-staging-a-coup-in-socotra) in which the UAE-backed Southern Transitional Council “undermined state institutions in the province”, according to Yemen’s official news agency.Despite the ongoing conflict and logistical challenges, “just before the pandemic hit, there seemed to be new operators offering trips to Socotra popping up on a weekly basis”, Harris said.Socotra even has a recently updated guidebook now, authored by longtime travel writers Hilary Bradt and Janice Booth, thanks to a crowdfunding campaign that raised its target amount of £7,500 ($10,360) in three weeks.

Bradt is a co-founder of Bradt Travel Guides, an independent publisher known for covering off-the-beaten-track destinations.“There’s no doubt the crowdfunding raised awareness of Socotra – that’s why we got so many donations,” Bradt said.“The book continues to sell quite well, despite the impossibility of going there at the moment.It’s the book we wish we’d had when we went there.” However, both domestic and international political wrangling has left Socotra with an uncertain future.

“The benefit of tourism would initially be to bring Socotra more into the public eye,” Booth said.“Then – and we have seen this often in other countries – once tourism starts to demonstrate that the natural assets of a place can be a source of foreign funds, far more effort is made to protect them.The Socotri themselves are very well aware of the value of their heritage and very well able to engage in un-damaging ecotourism, but they need the support of a stable government.” Why are these changes happening now? Although these tourism developments seem to be happening at once, many have been in the works for decades, especially as Gulf countries start to actively move their economies away from being so reliant on oil.“Many Middle East and North African countries are putting tourism at the core of their strategic long-term vision,” said Siamak Seyfi, an assistant professor of tourism geography at the University of Oulu in Finland.

“Countries in the region have all been aware of the huge importance of tourism as a driver for economic diversification.” Tourism is also an important nation-branding and marketing tool, providing a chance to showcase positive imagery internationally while glossing over internal and regional conflicts.

“These stories are often being promoted for and serving a broader purpose,” said Waleed Hazbun, a professor of international relations at the University of Alabama and author of Beaches, Ruins, Resorts: The Politics of Tourism in the Arab World.“A lot of the stories are there to sell an idea rather than reflect ‘there are going to be this many visitors’.When you think about these trends, see how much is actually politics in the background.”.

Thu Oct 7 , 2021
Housing prices continue to surge across the nation, but incomes for home buyers aren't keeping up with soaring real estate values.The result: Monthly mortgage payments are now unaffordable for the typical buyer. That's according to calculations from the Federal Reserve Bank of Atlanta, which found that the median-income household would now need to spend more… 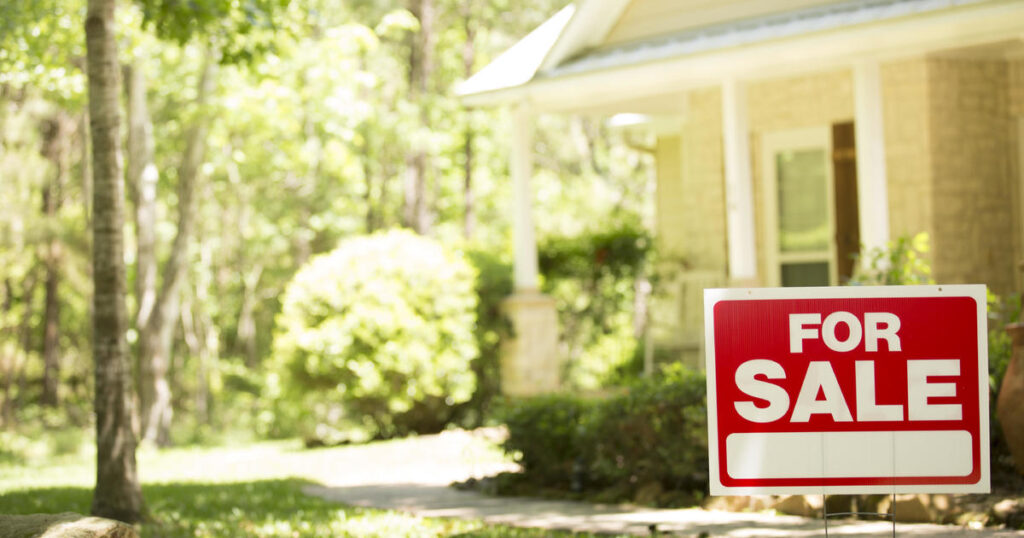