This post was originally published on TKer.com. Jim Reid, macro strategist at the bank, wrote that “historically the S&P 500 normally always only bottoms in a recession and usually not until mid-way through.” Reid and his colleagues expect the U.S.economy to enter a recession in 2023.As such, they also believe the S&P 500 is “likely”… 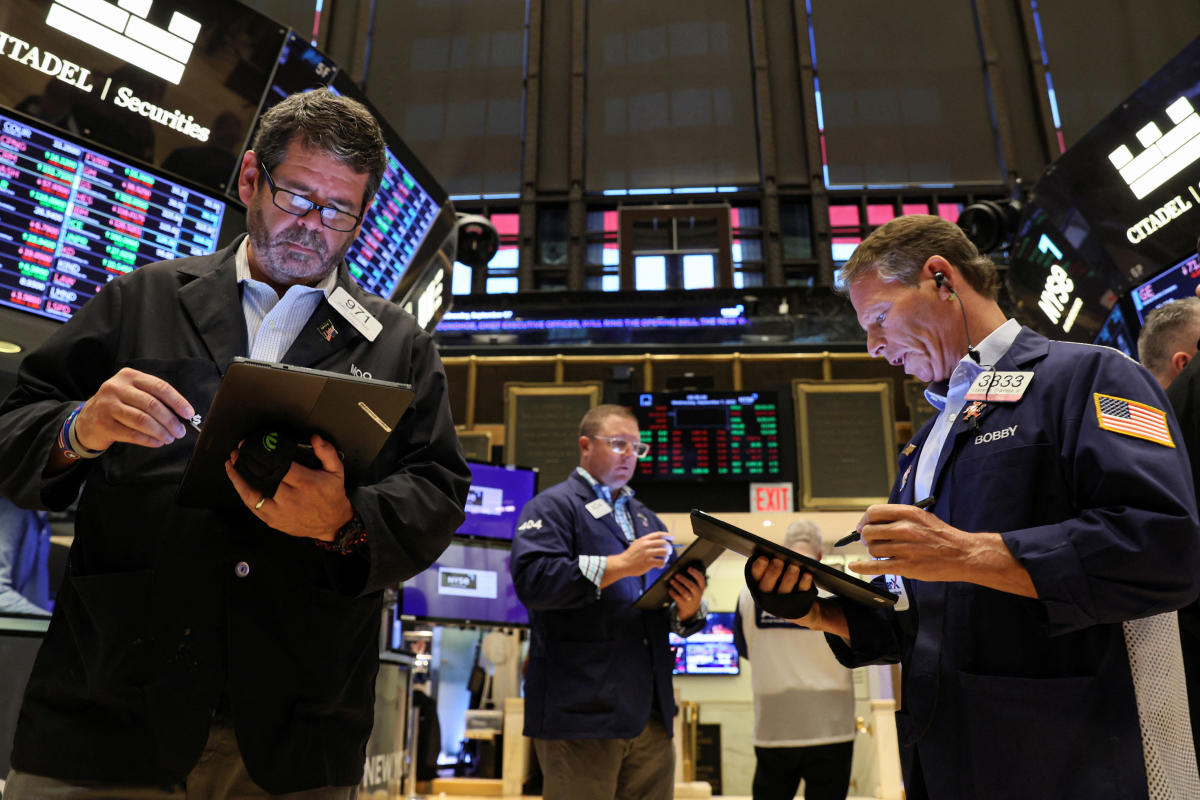 Jim Reid, macro strategist at the bank, wrote that “historically the S&P 500 normally always only bottoms in a recession and usually not until mid-way through.”

Reid and his colleagues expect the U.S.economy to enter a recession in 2023.As such, they also believe the S&P 500 is “likely” to see a low that year before resuming any rally.

There are two ways of thinking about this chart.

First, recessions are common in history and recession-related market downturns can be very tough.On average, the S&P has historically lost about a third of its value during these periods .

Second, the chart reminds us that the stock market has always recovered those losses and then some .Yes, there are extended periods of difficulty, which make the market unfriendly for investors with weak stomachs and very short time horizons.

But for those with longer-term investment horizons, time pays .

According to FactSet , 240 of the S&P 500 companies made mention of “recession” on their recent Q2 earnings calls.This was well above the five-year average of 52.It’s clear that recessions are on a lot of people’s minds.

But it’s not all gloom .

“The thing about recessions is, they’re always followed by a recovery,“ Jeff Campbell, CFO of American Express, said on the company’s earnings call.

Expectations for S&P 500 earnings are slipping 📉

Some stock market charts worth your consideration 🤔

Reviewing the macro crosscurrents 🔀 There were a few notable datapoints from last week to consider.

According to GasBuddy’s Patrick De Haan, the national average price of gasoline fell to $3.72 on Friday , down from its high of $5.02 on June 14 .

This is great news as energy is a major driver of most measures of inflation.

Used cars, another important contributor to the inflation story , are getting cheaper.According to the Manheim Used Vehicle Value Index , the wholesale price of a used car in August fell 4.0% from the prior month.

Even as the economy cools and hiring slows, employers seem to be holding on tight to their employees .Initial claims for unemployment insurance came in at 222,000 for the week ending September 3, down from 228,000 the week prior.While the number is up from its six-decade low of 166,000 in March, it remains near levels seen during periods of economic expansion.

From the firm’s economist Frank Steemers: “Labor shortages may continue to be a challenge for businesses, and even if they ease during a coming recession, they could soon reappear after economic activity picks up again.Therefore, employers may try to hold onto their workers.“

Consumers, including lower-income consumers, still have money to spend .From a Bank of America report released Friday: “Bank of America data also indicates that customer savings and checking accounts continue to remain elevated relative to before the pandemic.The largest proportionate increases in median savings and checking balances are seen in lower income households (Exhibit 11).

There has been some rise in the share of total card spending on credit cards in Bank of America internal data, Exhibit 12, but this is relatively small.The rise also seems more focused in higher income households rather than lower income ones.“

The massive U.S.services sector came with mixed reports.According to the ISM Services PMI , growth accelerated in the sector during August.

Meanwhile, the S&P Global U.S.Services PMI suggested activity in the sector contracted at the sharpest rate since May 2020.However, both reports showed prices were cooling, supplier delivery times were normalizing, and hiring was still positive.

According to Freddie Mac , the average 30-year fixed rate mortgage rose to 3.89% during the week ending September 8.This was the highest reading since November 2008.

Rising mortgage rates are a manifestation of tighter financial conditions , something the Federal Reserve is encouraging in its effort to bring down inflation .Indeed, housing market activity has been cooling.And home prices — another key contributor to inflation — may soon come down.

According to a Fannie Mae survey released Wednesday, consumers expect home prices to fall over the next 12 months.From Fannie Mae chief economist Doug Duncan : “We also observed a large decline in consumers reporting high home prices as the primary reason for it being a good time to sell a home, suggesting that expectations of slowing or declining home prices have begun to negatively affect selling sentiment.”

From Redfin’s weekly housing market update: “New listings of homes for sale were down 18% from a year earlier, also the largest decline since May 2020.Active listings (the number of homes listed for sale at any point during the period) fell 1.2% from the prior four-week period.“

Putting it all together 🤔 Whether it’s due to the slowing economy or the cooling housing market , inflation seems to be moderating and supply chains seem to be improving .All of this is happening as the labor market remains robust , marked by low layoff activity .

While price indicators have been easing, inflation remains high .And so financial markets remain volatile as the Fed increasingly tightens financial conditions in its effort to bring down inflation.

As such, recession risks linger and analysts have been trimming their forecasts for earnings .For now, all of this makes for a conundrum for the stock market until we get “ compelling evidence ” that inflation is indeed under control.

Best of TKer 📈 Here’s a roundup of some of TKer’s most talked-about paid and free newsletters.All of the headlines are hyperlinked to the archived pieces.

700+ reasons why S&P 500 index investing isn’t very ‘passive’ 💡 Passive investing is a concept usually associated with buying and holding a fund that tracks an index.And no passive investment strategy has attracted as much attention as buying an S&P 500 index fund.However, the S&P 500 — an index of 500 of the largest U.S.

‘Past performance is no guarantee of future results,’ charted 📊 S&P Dow Jones Indices found that funds beat their benchmark in a given year are rarely able to continue outperforming in subsequent years.According to their research, 29% of 791 large-cap equity funds beat the S&P 500 in 2019.Of those funds, 75% beat the benchmark again in 2020.But only 9.1%, or 21 funds, were able to extend that outperformance streak into 2021.

Stomach-churning stock market sell-offs are normal 🎢 Investors should always be mentally prepared for some big sell-offs in the stock market.

It’s part of the deal when you invest in an asset class that is sensitive to the constant flow of good and bad news.Since 1950, the S&P has seen an average annual max drawdown (i.e.the biggest intra-year sell-off) of 14%.

Goldman Sachs destroys one of the most persistent myths about investing in stocks 🤯 “While valuations feature importantly in our toolbox to estimate forward equity returns, we should dispel an oft-repeated myth that equity valuations are mean-reverting,” Goldman Sachs analysts argued.“…there is only 26% confidence that the Shiller CAPE is mean-reverting, and 74% confidence that it is not.”

One stat shows how hard it is to pick market-beating stocks 🎲 Picking stocks in an attempt to beat market averages is an incredibly challenging and sometimes money-losing effort.

In fact, most professional stock pickers aren’t able to do this on a consistent basis.One of the reasons for this is that most stocks don’t deliver above-average returns.According to S&P Dow Jones Indices, only 22% of the stocks in the S&P 500 outperformed the index itself from 2000 to 2020.Over that measurement period, the S&P 500 gained 322% while the median stock rose by just 63%.

Trillion dollar exposure 💰 Five stocks (Facebook, Apple, Amazon, Microsoft, and Google) account for a massive share of the market capitalization of the S&P 500, which consists of 500 companies.While it may be technically accurate to say these five stocks represent five companies, it’s also a gross oversimplification of the businesses and markets these companies are exposed to.

10 truths about the stock market 📈 The stock market can be an intimidating place: it’s real money on the line, there’s an overwhelming amount of information, and people have lost fortunes in it very quickly.But it’s also a place where thoughtful investors have long accumulated a lot of wealth.The primary difference between those two outlooks is related to misconceptions about the stock market that can lead people to make poor investment decisions.

Sam Ro is the author of TKer.co.

Click here for the latest stock market news and in-depth analysis, including events that move stocks

Read the latest financial and business news from Yahoo Finance

Download the Yahoo Finance app for Apple or Android

How 60 Minutes reported on the September 11th terrorist attacks

Mon Sep 12 , 2022
It has been 21 years since the attacks of September 11th, but so many of the stories that emerged in the days that followed are still fresh in the minds of the 60 Minutes correspondents and producers who reported them. 60 Minutes reported at length on the far-reaching aftermath of the homeland attacks, both on… 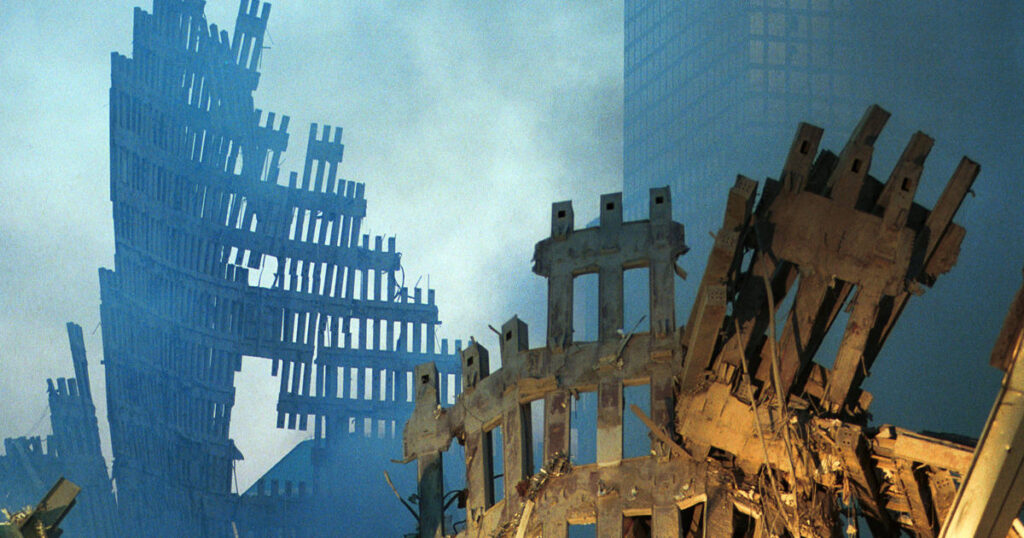