Energy crisis: Red Wall MPs could be ‘betrayed’ says Batchelor-Hunt Ofgem is said to be bracing itself for a fresh wave of supplier collapses as early as tomorrow as the wholesale price of gas remains at record highs.A global shortage has caused it to rise by 250 percent since January. Related articles Tony Blair’s knighthood… 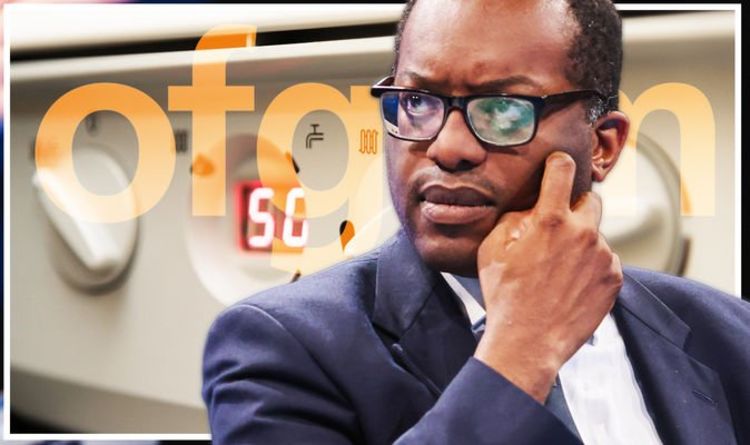 Ofgem is said to be bracing itself for a fresh wave of supplier collapses as early as tomorrow as the wholesale price of gas remains at record highs.A global shortage has caused it to rise by 250 percent since January.

Join EDF and get up to £50 credit Switch to EDF and get a £50 credit.Offer only available online via the link.Get the Best Price Direct Guaranteed.Choose to fix your prices for two or three years.

Bundle your tariff with smart devices or boiler care.

This box contains affiliate links, we may receive a commission on any sales we generate from it.Learn more.

View Deal Brought to you by Sky News reported that at least four suppliers were in talks with Ofgem today about entering its Supplier of Last Resort (SOLR) system.

The system means that a collapsed firm’s domestic customers are transferred over to a solvent company with no interruption to their supply.

Should it materialise the news would add several hundred thousand households to the toll of those impacted by soaring wholesale gas prices.

Industry sources said the decision of at least some of those four companies to cease trading could be announced as early as tomorrow.

The four firms could collapse by tomorrow (Image: Getty)

Business Secretary Kwasi Kwarteng (Image: Getty) They are thought to include Pure Planet, which has been left marooned by backer BP’s likely decision to terminate financial support to the company.

An executive at one of the UK’s biggest energy companies said they understood that the other suppliers that were about to enter the SOLR mechanism were significantly smaller than Pure Planet in terms of customer numbers.

A Pure Planet spokesman said at the weekend that it had 250,000 customers.

It is claimed that firms Ampower, Zebra Energy and Neon Reef are also among those at risk of collapse.

Staff at Tesco branch to ‘check receipts of ‘all customers’ [REVEALED]

It has been used prolifically recently after the price of wholesale gas skyrocketed – sending numerous smaller firms to the wall.

Bigger suppliers, including Centrica’s British Gas, EDF Energy and Octopus Energy have stepped into the fray to ensure supply continues.

But with more than 1.7 million households now being affected by the crisis, there have been increasing calls for Government support.

His claims were later shot down by Number 11 – which accused the minister of “making things up”.

Firms which have already collapsed include Igloo Energy, Utility Point and Green Energy.

The easy hack to save money on heating bills as energy crisis looms Avro Energy, with 580,000 customers, was the biggest to succumb during the current crisis.

A need to be "on our guard" through the winter mea

Thu Oct 14 , 2021
A need to be "on our guard" through the winter means Alberta's vaccine passport will be in place at least into early next year, Premier Jason Kenney said Tuesday, as he announced that a long-awaited app to scan proof-of-vaccination QR codes is now available. "We are headed into an uncertain period," Kenney told a news…