Ukraine ‘s richest man has pledged to help rebuild the besieged city of Mariupol, a place close to his heart where he owns two vast steelworks that he says will once again compete globally. Rinat Akhmetov has seen his business empire shattered by eight years of fighting in Ukraine’s east but remains defiant, sure that… 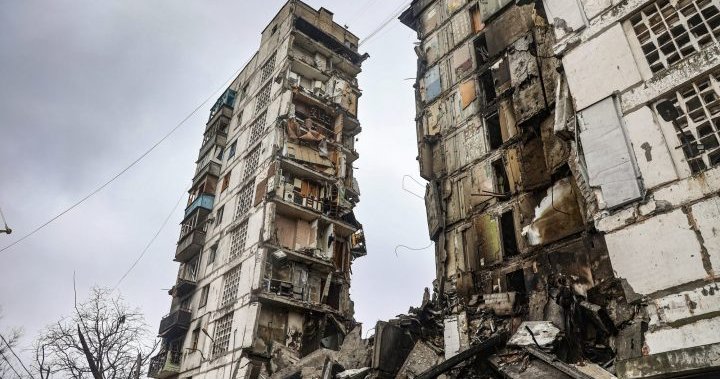 Ukraine ‘s richest man has pledged to help rebuild the besieged city of Mariupol, a place close to his heart where he owns two vast steelworks that he says will once again compete globally.

Rinat Akhmetov has seen his business empire shattered by eight years of fighting in Ukraine’s east but remains defiant, sure that what he calls “our brave soldiers” will defend the Sea of Azov city reduced to a wasteland by seven weeks of bombardment.

For now, though, his Metinvest company, Ukraine’s biggest steelmaker, has announced it cannot deliver its supply contracts and while his financial and industrial SCM Group is servicing its debt obligations, his private power producer DTEK “has optimized payment of its debts” in an agreement with creditors.

“Mariupol is a global tragedy and a global example of heroism.For me, Mariupol has been and will always be a Ukrainian city,” Akhmetov said in written answers to questions from Reuters.

“I believe that our brave soldiers will defend the city, though I understand how difficult and hard it is for them,” he said, adding he was in daily contact with the Metinvest managers who run the Azovstal and Illich Iron and Steel Works plants in Mariupol.

Akhmetov praised President Volodymyr Zelenskiy’s “passion and professionalism” during the war, seemingly smoothing relations after the Ukrainian leader last year said plotters hoping to overthrow his government had tried to involve the businessman.

Trending Stories Russian strikes hit Kyiv amid renewed attacks on Ukrainian capital Omicron XE variant: Here is what we know about this COVID hybrid strain Akhmetov called the allegation “an absolute lie” at the time.

“And the war is certainly not the time to be at odds… We will rebuild the entire Ukraine,” he said, adding that he returned to the country on Feb.23 and had been there ever since.

‘A marshall plan for Ukraine’ Akhmetov did not say where exactly he was, but that he had been in Mariupol on Feb.16, the day some western intelligence services had expected the invasion to begin.“I talked to people in the streets, I met with workers…,” he said.

“My ambition is to return to a Ukrainian Mariupol and implement our (new production) plans so that Mariupol-produced steel can compete in global markets as before.”

Russia invaded on Feb.24 when President Vladimir Putin announced a “special operation” to demilitarize and “denazify” the country.

Kyiv and its Western allies reject that as a false pretext for an unprovoked attack.

Read more: Here’s why Russia is after Mariupol — and why it may not be the game changer it once was

“For us, the war broke out in 2014.We lost all of our assets both in Crimea and in the temporarily occupied territory of Donbas.We lost our businesses, but it made us tougher and stronger,” he said.

“I am confident that, as the country’s biggest private business, SCM will play a key role in the post-war reconstruction of Ukraine,” he said, citing officials as saying the damage from the war has reached $1 trillion.

“We will definitely need an unprecedented international reconstruction program, a Marshall Plan for Ukraine,” he said, in reference to the U.S.aid project that helped rebuild Western Europe after World War Two.

“I trust that we all will rebuild a free, European, democratic, and successful Ukraine after our victory in this war.”

Sun Apr 17 , 2022
Some of the nation's largest retailers have been using soaring inflation rates as an excuse to raise prices and rake in billions of dollars in additional profit, a corporate watchdog group charged on Friday. Companies such as CVS Health, Kroger and T.J.Maxx parent company TJX appear to have raised their prices unnecessarily in 2020 and…