There are two types of countries, just as there are two types of companies: ones that are doing well, and ones that are pivoting to blockchain.
That, of course, is the technology that underpins so-called cryptocurrencies such as bitcoin . And, as their prices have skyrocketed the past year, it’s also the buzzword that failing enterprises of all kinds have latched onto as a life raft in their own seas of bankruptcy. First, it was the Long Island Iced Tea Co. that announced it was supposedly reinventing itself as some sort of blockchain one.

That alone was enough to send its stock up as much as 500 percent even though there was no reason to think a company that couldn’t make a profit selling soft drinks could do so with a technology it had no expertise in. (Nasdaq has since said it will delist it for allegedly trying to “mislead investors” with what turned out to be its nonexistent blockchain plans).
Then it was Kodak that said it was going to create its own cryptocurrency to pay photographers with.

Again, this didn’t make any sense: KodakCoins would be hard to sell, so wouldn’t photographers just prefer to get dollars that they could actually, you know, use? It did, however, generate enough buzz to send the struggling company’s shares up a cool 119 percent.
And now it’s Venezuela’s turn to try to cash in on the crypto craze to save itself from its own long list of mistakes.
It’s hard to think of a government that, absent a war, revolution or Stalinist-style purge, has done a worse job running its economy than Venezuela’s. Maybe the United States’ in 1929 or Zimbabwe’s in 2003.

What separates Venezuela, though, is that it’s managed to combine the economic collapse of the first with the hyperinflation of the second despite the fact that it has the largest oil reserves in the world.
Indeed, the International Monetary Fund estimates that, by the end of the year, Venezuela’s economy will have shrunk 38 percent since the start of 2014, and its prices will be 2,176 times higher. That’s what happens when you put incompetent cronies in charge of the state-owned oil company but keep spending money as if you’re pumping as much oil as ever.

You have to print what you need instead, until eventually all this new money pushes up prices so fast that it’s difficult for any part of the economy to function.

Going by black market prices, that’s translated into Venezuela’s currency, the bolivar, losing 99.99 percent of its value the past six years.
Scott Smith and Christine Armario Venezuela on Tuesday will become the first country to launch its own version of bitcoin , a move it hopes will provide a much-needed boost to its credit-stricken economy.
Officials say the so-called petro is backed by Venezuela’s crude oil reserves, the largest in the world.

Socialist President …
Venezuela on Tuesday will become the first country to launch its own version of bitcoin , a move it hopes will provide a much-needed boost to its credit-stricken economy.
Officials say the so-called petro is backed by Venezuela’s crude oil reserves, the largest in the world.
Socialist President .

..
(Scott Smith and Christine Armario) Which is why Venezuela’s government has just launched the petro, its own cryptocurrency backed by oil. Well, at least that’s what the regime is saying. In reality, the petro isn’t a crypto, it isn’t a currency, and it isn’t backed by oil in any meaningful sense. It’s just a way for Caracas to try to get around the sanctions against it while raising money from the only people more clueless than itself.
It isn’t an exaggeration to say that the petro might be the most obviously horrible investment ever. There isn’t even a story you can tell yourself about why it might work. That’s clear enough if you just try to answer what it is exactly. It’s not, as we said before, a crypto.

You can’t “mine” new petros by solving complicated math problems on your computer like you can with bitcoin. You can only buy them from the Venezuelan government. And while it’s true that it says it’s going to set up a system to change this, it can’t even keep its story straight about how that would work.
More than that, though, the petro isn’t a currency in any sense of the word.

Nor is it intended to be. There are two things to understand here. The first is that you can only buy petros with dollars, not bolivars. Which, practically speaking, means that Venezuela’s people aren’t allowed to buy them at all.

That’s because years of deprivation have left dollars in extremely short supply. The second is that you can only use petros to pay your taxes in Venezuela. They aren’t good for anything else. And that sets up a very deliberate catch-22: The only people who can buy petros can’t use them, and the only people who can use them can’t buy them.

It should come as no surprise, then, that the petro isn’t really backed by oil, either. That, as we’ll get to in a minute, would defeat the purpose. The way it actually works is that Venezuela’s government says it will value your petros at whatever price it calculates oil is at when you use them to pay taxes. What it won’t do, though, is give you oil itself in return for them. So, if you’re looking for a way to bet on the price of oil that only works as long as you owe taxes in Venezuela and believe one of the least trustworthy governments in the world will keep its promises, well, the petro is for you.

For everybody else, you can just buy oil instead.
Now, we’ve said a lot about what the petro isn’t, but what about what it is? The best way to understand that is to think about it from Caracas’s perspective. It has no economy, a lot of debt and a desperate need for dollars so it can import enough food to keep its people from starving even more. (According to recent surveys, 64 percent of Venezuelans involuntarily lost weight in 2017 at an average of 24 pounds each, on the heels of 74 percent doing so in 2016 at an average of 19 pounds each).
In a perfect world, Venezuela’s government would be able to get the money it needs without having to pay any interest on it, or even pay it back at all.

That might sound like the ultimate pipe dream because even the most creditworthy government can’t borrow money on those terms, and Venezuela, which just missed some bond payments and is banned from international debt markets anyway, is about as far from creditworthy as possible, but it’s not. It’s called printing money. A dollar or a euro or, yes, even a bolivar is really just a special kind of bond: one that’s never due, never pays interest, and is what you pay taxes with. Venezuela’s problem is that it’s used up its ability to do this. It can’t print money to pay its bills anymore – at least not its international ones – so it needs to persuade people to give it dollars for its worthless money, and then use that to pay back what it owes.
There’s every reason this should be impossible.

To start with, it’s pretty hard to sell new debt when the world’s financial hegemon is trying to stop you from doing so. The U.S. government, you see, has prohibited U.S. banks and individuals from buying any new bonds from the Chávista regime in response to its descent into outright dictatorship.

It’s even harder, though, when you’re already defaulting on your old debt, as Venezuela is. That’s the kind of thing you’d need to pay exorbitant interest rates for bond investors to even consider lending to you again. Which Venezuela, of course, isn’t proposing to do. It isn’t proposing to pay any interest rates at all, or to even pay back what it’s borrowing. So, as we said, there’s every reason this should be impossible – every reason but one.
That’s the word “blockchain.

” It not only exists outside the existing financial system, meaning Uncle Sam can’t shut it down, but it also has a talismanic effect on investors. It really is the closest thing there’s ever been to alchemy. You could tell people that you’ve come up with the worst idea in history, such as, say, turning an iced tea company into a high-tech one, and they’d still throw as much money as they could at it as long you made sure to mention that a cryptocurrency was prominently involved.
The petro is no different.

The point isn’t to create a new and better currency. In fact, it’d be a disaster for Venezuela’s government if it did. Then it would have to stop printing money to pay its bills at home just as it’s had to abroad. No, the petro is about creating something useless – that’s why only foreigners can buy them, but only Venezuelans can spend them – that, through the magic of techno-utopian jargon, is able to persuade enough people it’s the future for them to fork over $735 million for it.

That’s how much money the Chávista regime says it’s raised so far. Maybe that’s a lie … but maybe it’s not. Cryptocurrency investors, after all, aren’t always the most discerning bunch.

It was only a few months ago that they pushed the price of dogecoin, a bitcoin parody featuring dogs saying ungrammatical things, up to as much as $2 billion.

Is buying a bond that will never pay you back from a government that’s already defaulting on its debt any worse a decision? Arguably not!
At this rate, it won’t be long until every person, company and country in the world is focusing on blockchain. If Venezuela can make money off it, there isn’t anyone who can’t.
Trump signs bill that kills Obama-era rule targeting wage theft, unsafe working conditions Tips for navigating store liquidation sales A new era: What the Federal Reserve’s interest rate hike means for you South America Bitcoin International Monetary Fund.

The Good, the Bad, and the Ugly: Upcoming Bitcoin Hard Forks for 2018

Sun Apr 1 , 2018
05 Mar 2018 The Good, the Bad, and the Ugly: Upcoming Bitcoin Hard Forks for 2018 Blockchain-based cryptocurrencies like Bitcoin have a number of unique characteristics. Blockchains are, by definition, resistant to tampering thanks to their distributed, decentralized nature. Despite this, changes can and are made to blockchain ledgers all the time. In fact, the… 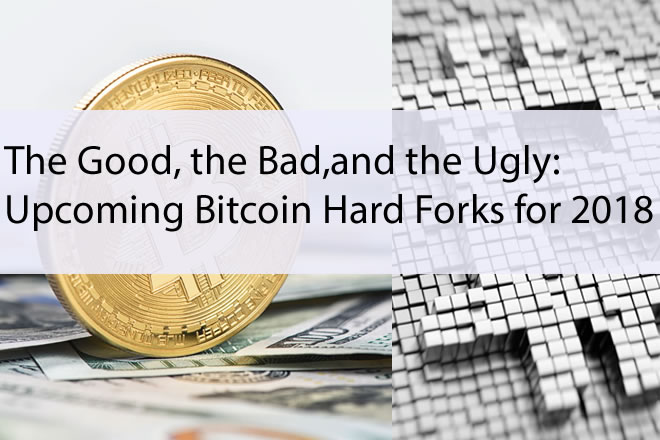