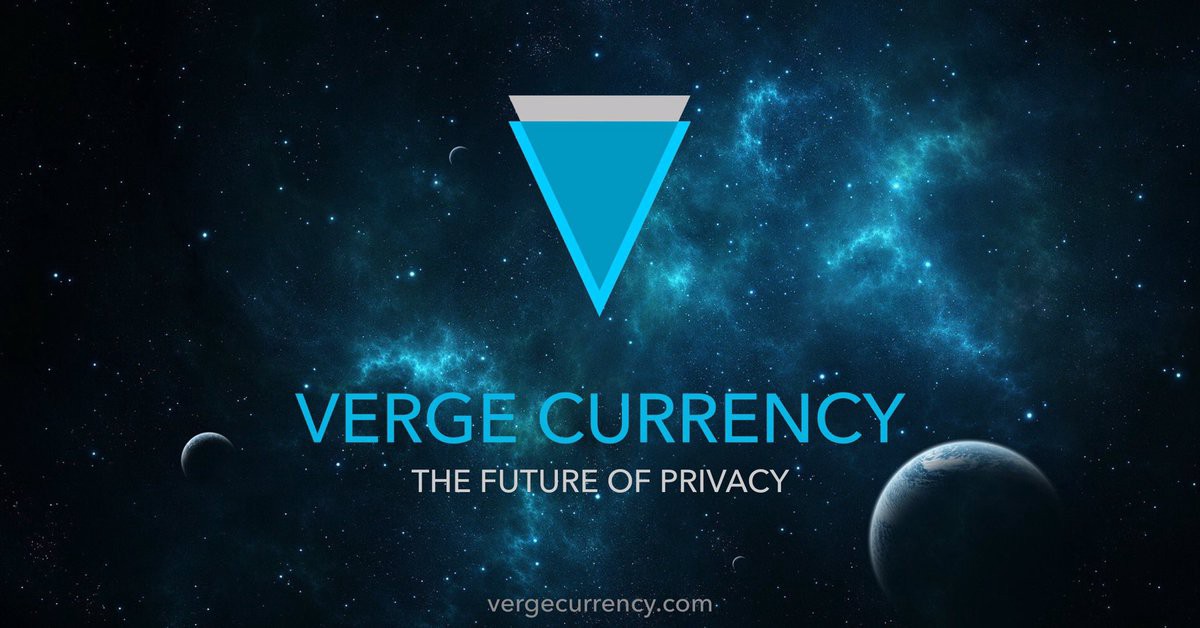 Blocked Unblock Follow Following Partner @bullishventures, creator of @feathersjs, founder of @yycjs. Passionate about AI, finance, politics, transparency and startups. I’ll try anything once Jan 6 Verge (XVG) is misunderstood but it’s about to change everything There is a rather misinformed article floating around written by Noah Ruderman that is calling Verge a scam. This is undoubtedly not true . The author is clearly an educated person so it comes across very credible. However there are some incorrect claims being made, some examples being used that could apply to all privacy coins, and some statements that are downright contradicted within the same piece. I’m going to clarify ( once again ) what Verge actually offers, what the Wraith protocol is, and why it’s important. Hopefully this will dispel some of the fear, uncertainty, and doubt (FUD) around Verge and correct some of the misinformation that has been floating around.

Maybe Verge will also gain some of the well deserved credibility that has been overshadowed by all the memes. First of all, let’s define what a scam actually is, because this is a pretty serious accusation.

There are legitimate scams in the cryptocurrency space, but Verge is not one of them. From Merriam Webster’s dictionary a scam is defined as: a fraudulent or deceptive act or operation Personally, I would also add that a scam is likely an intentionally deceptive act. There is nothing deceptive or misleading (intentional or unintentional) about what Verge does, the technology behind it, and how it aims to protect your privacy. I personally feel that it just hasn’t been clearly articulated.

I’m trying to help with that. The messaging from the Verge website clearly states that it is a privacy focused cryptocurrency: Verge is a secure and anonymous cryptocurrency, built with a focus on privacy. This is entirely true. Unfortunately the website does not tell you specifically how this is achieved.

The Verge team is working on that and hopefully this piece is a good start. As a result, misinformation has been spread about the specific mechanics that Verge employs because, being completely honest, the codebase has been tricky to navigate and in constant flux. The Verge team is rapidly working on maturing things so the code is more approachable.

The entire Verge codebase is open source so you are free to inspect the code and contribute back to the project as I did. You are free to test it out and determine whether Verge actually does what it says and we’re currently in the process of setting up a more formal responsible security issue disclosure process so that we can ensure Verge is as secure as possible. If Noah had taken the time to actually try out the code and ask questions in the community Discord channel, on Github or on Telegram he would have seen, as I have, that Verge clearly is not a scam and in fact, is on the verge (pardon the pun) of very likely being the most secure privacy coin in the market to date. Let me back this up with counterpoints to the main issues Noah brought up. What is Wraith First I’ll start with clarifying what the Wraith protocol is because the author is misconstruing it. They are implying that stealth transactions are the Wraith protocol. This is not true.

This is what it is: Wraith protocol is the obfuscation of IP addresses AND blockchain transactions. The technologies currently being used to achieve this are Tor AND stealth addresses.

The implementation of the Wraith protocol is being done in multiple phases. I already covered where things are at .

Since then the developers have completed the Tor integration into the core node codebase and added support for stealth addresses. This next release allows the last of the wallets to use Tor to connect to nodes and it will be the first to have support for stealth transactions. It is currently undergoing testing and not officially released yet, but the code is up on Github. Not looking very scammy to me.

😜 Surveillance Techniques Next the author talks about ways that law enforcement can track you down and profile you. I completely agree with all that he said although, personally I’m more concerned with a malicious third party that may try to use surveillance techniques to rob or kidnap as opposed to me being arrested. I’m a good law abiding citizen. 🙂 Using CCTV or other tracking like GPS or real-time surveillance is still very much a concern for all privacy focused and non-privacy focused coins.

Some of that we can do nothing about. Preventing blockchain transaction analysis is an important step to providing anonymous transactions but it’s not the be all and end all.

Other techniques, such as IP address obfuscation, are equally if not more important. Personally I’d much rather have someone see how I’m transacting than know my account balance and exactly where I live. Even though stealth addresses are almost ready, which will make blockchain analysis much more difficult and help protect the receiver of transactions, my personal belief, and that of many others supporting Verge, is that exposing IP addresses is much less secure than obfuscating blockchain transactions effectively. It’s much easier (and faster) for someone to track down your physical location based on IP address than it is to piece together your transaction history. To my knowledge, no other privacy coin currently has support for IP obfuscation and I’d like to think this is the reason that Monero is trying to implement it as well . That’s a good call.

😉 Blockchain and Tor In the beginning of the linked article, Noah implies that IP address obfuscation is not all that important: Not a single case has ever involved someone revealing their IP address when sending a transaction. but then later on says: Knowing the IP address of full-nodes is a security risk for those full-node operators, and not obscuring IP addresses is a security problem.

Which is it? IP obfuscation is very important for reasons I explained above and the Verge dev team believes that Tor is the right tool for the job (maybe also I2P). To mine and Sunerok’s knowledge, the Tor protocol has not been broken and has been used widely outside of blockchain for quite a while now with great success. Directly from the Tor website the only known theoretical exploit remaining is an entry and exit node attack . Let me explain this briefly: An exit node is when traffic goes from a Tor protected node on the network to a non-protected Tor node (ie. a clear node).

An entry node is when you go from a clear node to a Tor node.

If you can watch traffic at both ends of the network then you can perform sophisticated attacks to profile a user’s behavior. The publication that Noah linked to explains that you can inject malicious Tor nodes into the Bitcoin network and spam the network causing all the “good” ones to be kicked and thereby the malicious nodes take over the network. This Coindesk article explains it in a more digestible format. The key piece of this exploit is exit nodes: They explained that, when a Tor user connect.