Two recent vigilante killing trials, one in Georgia, the other in Wisconsin, have exposed a terrifying trend of armed citizens who, in the name of justice, only make America less safe and portend a future of fear, intimidation and increasing violence.They also raise a question that haunts me: How the hell did we get here… Two recent vigilante killing trials, one in Georgia, the other in Wisconsin, have exposed a terrifying trend of armed citizens who, in the name of justice, only make America less safe and portend a future of fear, intimidation and increasing violence.They also raise a question that haunts me: How the hell did we get here ? When did we start permitting Americans to take the law into their own hands?In the first trial, teen shooter Kyle Rittenhouse was found not guilty of murdering two men he shot to death during a racial-justice protest in Kenosha, Wis.in August 2020.Rittenhouse shot a third man as well, but he survived.Now 18, Rittenhouse had left his home in Illinois and gone to the protest with an AR-15-style semiautomatic rifle and a medical kit — allegedly to help keep the peace.Defense lawyers made a convincing-enough case that jurors found that Rittenhouse met the legal definition of self-defense.Though reactions to the verdict have varied, almost everyone would agree that Rittenhouse had no business wielding a weapon of such deadly force.Who would think to do such a thing?Oh, lots of people, especially the Young Guns in our country who’ve marinated in tough talk and rough politics for most of their lives.In Georgia, jury deliberations began Tuesday in the trial of three men accused of murdering 25-year-old Ahmaud Arbery, for basically Jogging While Black.

Somewhat like Rittenhouse, the three men were armed, they said, because of recent burglaries in their community and they thought Arbery looked like he could be the culprit.

In a word, they hunted Arbery — and they killed him.It seems unlikely that any jury would let the three defendants off given the evidence and a superbly -delivered prosecution by attorney Linda Dunikoski.But even setting aside the presumed verdict, we’re again faced with armed goons who killed an innocent man for no reason or cause.Even the shooter, Travis McMichael, admitted during his testimony that Arbery posed no threat.More trials for similar behavior are, unfortunately, inevitable in our hyped-up, trigger-happy, madder-than-hell country.It’s getting harder to pinpoint what everyone is so angry about — an extended pandemic, inflation, supply-chain problems, our politics — but a certain percentage of disgruntled people seem ready to go to war.This is not normal — or, for a people, sustainable.

If once we fought a Civil War to end slavery, today we’ll fight over just about any little provocation.Cut off in traffic? Shoot the bastard .

I am not joking: Between June 2020 and May 2021, an average of 42 people per month were killed or wounded in road-rage shootings, according to Everytown for Gun Safety , a gun violence prevention organization.

Other local officials report that disagreements that were once routinely settled with words or at worst police intervention, now often end in violence.How did we come unglued?The commonplace nature of firearms is a factor.Whereas it was once rare to see people walking around with a gun, except in hunting or rural settings, the United States now boasts 44 states that allow people to openly carry a weapon in public, though states vary on restrictions.Thus, last year during the Portland, Ore.riots, we saw would-be combatants stalking around with their long guns.In Brunswick, Ga., during the trial of Travis McMichael, his father, Gregory, and neighbor William Bryan, the new Black Panthers walked along downtown sidewalks carrying rifles.

I don’t necessarily worry such displays of firepower mean someone is going to start shooting, but what else are we to infer?In common law, going back centuries, there has been a long tradition against carrying weapons in a manner that bred fears among the public.

What has happened to that way of thinking?Something.What we see today has been a long time coming, perhaps beneath our notice.I compare the phenomenon to being so mesmerized by the sight of a far-off tidal wave that it paralyzes nearly until the wall of water is upon us.People who were once political rivals now talk about each other as if they are enemies.

We see ever-growing numbers of extremists on the right, where white supremacists have been validated by a former president of the United States.They also feel vindicated by Rittenhouse’s verdict and see him as a hero, just as those men down in Georgia likely see themselves.With each stance of an armed vigilante, with each bullet he loads and locks into some gun’s chamber, we lose a bit more of our security and, therefore, our freedom.The truth is, a vigilante who attempts to take justice into his own hands is usually a coward with an inflated ego used as a beard to conceal his deficiencies.The challenge for the rest of us is to resist these posers and demand real justice lest we become victims of our own inertia..

Fri Nov 26 , 2021
UPDATED: November 23, 2021 to reflect the premiere of Encanto on November 24, 2021. Encanto, Disney’s long-awaited latest animated musical , premieres November 24 in theaters and December 24 on Disney+.The film follows a family who all have special powers — well, almost all of them — and who live in a magical and protected… 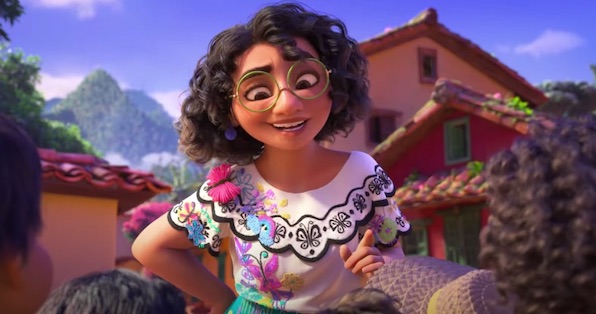