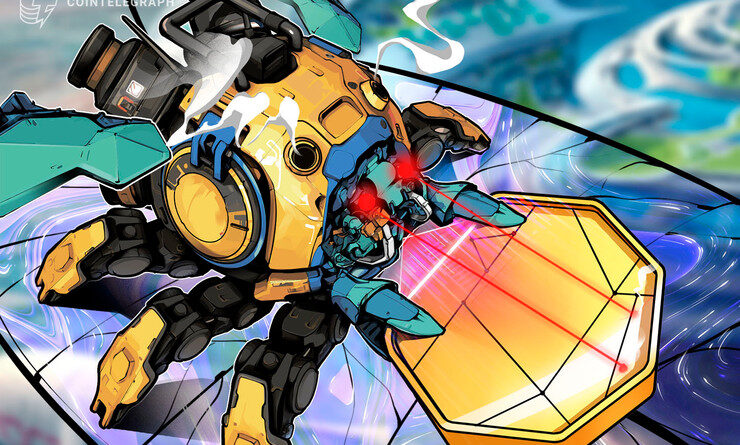 An issuance vulnerability resulted in the creation of an extra 5% of Ravencoin’s current supply.
512 Total views
17 Total shares A vulnerability in Ravencoin (RVN) resulted in the unsanctioned minting of about 1.5% of its maximum supply of 21 billion RVN.
The exploit was disclosed by Recencoin on Friday after initial reports were confirmed, but details remain fuzzy as the investigation is still underway.About 315 million RVN were minted, worth about $5.7 million at current prices.
Ravencoin said it notified law enforcement in hopes of catching the unknown perpetrators of the exploit, though given the nature of the bug, no money was directly stolen.Instead, the losses were spread over all RVN holders as extra inflation, which amounts to about 5% of the currently circulating supply.
The team confirmed that the extra RVN was already exchanged, making any kind of remediation effort difficult.Miners and nodes must now upgrade to a new fixed version to prevent further exploits.
According to unconfirmed rumors on the community’s Discord, the bug existed since October and involves a wallet bug.
Concerns were raised by the community that this was due to ProgPow, the controversial Ethereum-born mining algorithm that was recently adopted by Ravencoin.However, a team member said that the issue was from “an innocuous [Github pull request] from somewhere else.”
Following the post-mortem and successful mitigation of the bug, the community will need to decide how to deal with the vulnerability.The team suggested to anticipate a planned halving in 44 days to compensate for the extra supply of tokens, though the community may also decide to leave everything as is.Share this: Canadian Regulator Introduces New Rules for Crypto Mining Régie de l’énergie, the energy regulator of the Canadian province of Quebec, has released new rules for cryptocurrency miners.

The development was announced by major Canadian electricity provider Hydro-Quebec on April 29.Under the new regulations, the Régie de l’énergie has ordered power producer Hydro-Quebec to allocate 300 megawatts (MW) to the blockchain industry.

“This 300… South Korean Province to Issue Own Coin as Gov’t Says Crypto Should Be ‘Accepted’ The government of a South Korean province will issue its own blockchain-based digital currency in a move to replace a state loyalty scheme, local media first reported Monday, August 27.Officials in Gyeongsangbuk-do will partner with blockchain startup Orbs to create Gyeongbuk Coin, which it will roll out to consumers in lieu of the existing “Hometown… Ripple CEO: Facebook’s Libra Will Not Launch Before 2023 Brad Garlinghouse, the CEO of blockchain payments network Ripple, thinks that Facebook will fail to launch its Libra digital currency before 2023.Garlinghouse bets on a 3-year Libra delaySpeaking in an interview with Fortune on Oct.7, Brad Garlinghouse argued that regulatory pushback would continue to plague the project that was only announced in June, noting:“I… Brazilian Coffee Farming Cooperative to Issue a Coffee-Backed Token Brazilian coffee farming cooperative Minasul plans to issue a coffee-backed token, Bloomberg reported on July 11.According to Bloomberg, Minasul’s president Jose Marcos Magalhaes declared at the Global Coffee Forum in Campinas that Minasul intends to launch the token this month.Farmers will reportedly be able to use the coin to buy fertilizer, machinery and other… Hong Kong Unveils New Rules for Cryptocurrency Exchanges Today, Hong Kong’s financial regulator — the Securities and Futures Commission (SFC) — has published a new set of regulations for Bitcoin (BTC) and cryptocurrency exchanges.

The initial announcement, reported by Reuters, was made by Chief Executive Ashley Alder at a local fintech event on Nov.6.Regulatory clarity for crypto exchangesThe new requirements detail how… Waves DEX Shuts Down and Relaunches as Hybrid Cryptocurrency Exchange Decentralized exchange (DEX) Waves DEX shut down to resume operations as a hybrid exchange, Waves announced in a press release shared with Cointelegraph on Dec.2.Per the release, the exchange has already ceased operations on the old domain and the process of moving its activities to Waves.Exchange has already started.

The company announced:“From this point… Ethereum Istanbul Hard Fork Get Support From Major Crypto Exchanges Following the successful Ethereum Istanbul hard fork update, several popular exchanges have announced their official support for the network upgrade.Yesterday, on Dec.7, the Ethereum’s network saw ample collaboration between node operators and miners to update the software to support the Istanbul hard fork.Some crypto exchanges even sounded their willingness to update a few days… Tether USDT is Launching on a ‘Pure PoS’ Blockchain, Algorand The Tether (USDT) stablecoin is about to be released on its fifth blockchain, Algorand, the company announced in a tweet published on July 17.Tether on a ‘Pure’ Proof-of-Stake BlockchainIn a press release concerning the upcoming release of the stablecoin on the Algorand blockchain published by Tether, the company explains some characteristics of the chain.According to… Huobi Strategic Partner HBUS Launches API for Large-Scale US Traders HBUS, the U.S.“strategic partner” of Chinese cryptocurrency exchange Huobi, confirmed the release of its API for “experienced traders” in some U.S.

states, according to a press release shared with Cointelegraph.HBUS highlighted that the API was geared to high-volume users who required live pricing data and other tools.In addition to price tracking, the… Leave a Reply You must be logged in to post a comment.Search.