On Thursday, Bitcoin Cash, perhaps, the most famous hard fork of bitcoin and the fourth-largest cryptocurrency, will split in two, creating a second cryptocurrency. The two digital currencies will go by the names Bitcoin ABC (core Bitcoin Cash) and Bitcoin SV (Satoshi’s Vision). A hard fork is when developers and miners no longer agree on…

On Thursday, Bitcoin Cash, perhaps, the most famous hard fork of bitcoin and the fourth-largest cryptocurrency, will split in two, creating a second cryptocurrency.
The two digital currencies will go by the names Bitcoin ABC (core Bitcoin Cash) and Bitcoin SV (Satoshi’s Vision).
A hard fork is when developers and miners no longer agree on a proposed change to the software, despite operating on the same blockchain. Once the fork takes place, one group of so-called nodes — computers that are connected to the network and are part of the transaction confirmation process — will upgrade to the new software and the other will operate on the old rules, creating two separate blockchains and digital currencies.
Here is a hard fork visualized, courtesy of Cointelegraph.
Hard fork Read: Don’t fight the FUD: HODL onto this list of bitcoin terms you need in your vocabulary
The decision to split came after a disagreement of the proposed upgrade by Bitcoin Cash BCHUSD, +2.94% developer Amaury Sechet that added a minor change to transaction ordering.

The disagreement escalated and has pitted two of the biggest crypto personalities against each other: Roger Ver and Craig Wright.

While both are big proponents of Bitcoin Cash, often referring to the currency affectionately as the “real” bitcoin BTCUSD, +0.15% the pending fork has split the two crypto-anarchists.
Ver has put his weight behind the new software upgrade, or the current Bitcoin Cash. But Wright — the Australian computing genius who has on a number of occasions claimed to be Satoshi Nakamoto, the pseudonym given to the creator of bitcoin — argues the software should deviate toward the original bitcoin, hence Satoshi’s Vision (SV), by raising the maximum block size to 128MB from 32MB.

See Roger Ver’s thoughts on the November 15 hard fork below:
Determining the success of each coin will be at the hands of miners who commit their hash power — the computing power to mine a cryptocurrency. In all likelihood, the miners will commit their power to whichever coin is more profitable to mine.

To date, consensus among the industry is that Bitcoin ABC should prevail in the war of the miners. However, Coin Dance, a data monitoring website has said it projects Bitcoin SV to receive up to 60% of the computing power.

Hash war over?
CoinDance now says Bitcoin SV has backing of at least 45% and at most 60% of the current hash rate. ABC is estimated at 21% minimum, and at most 39% maximum of current hash rate.
— Calvin Ayre (@CalvinAyre) November 10, 2018 Read: If you’re mining bitcoin from home, you’re now losing money
For crypto exchanges, most of the major crypto exchanges, including Coinbase, Binance and Bitfinex, have stated that they support the hard fork, meaning owners of Bitcoin Cash will receive 1:1 per new cryptocurrency once the network is upgraded. Thus far, only one major exchange has hitched its wagon to either coin.
“Bitcoin Cash is expected to conduct a hard fork upgrade on 15 November 2018. There are two competing incompatible hard fork upgrade proposals, with the associated clients being Bitcoin ABC and Bitcoin SV. On settlement, the BCHZ18 contract will settle at a price on the Bitcoin ABC side of any split and will NOT include the value of Bitcoin SV,” BitMEX said in a blog post .
In a surprising move, some exchanges have taken the unprecedented step in allowing pre-trading of both coins, a move that Bitcoin SV proponent Wright has criticized, adding that it may be in breach of U.

S. short selling rules by allowing trading in a coin that doesn’t actually exist.
One of those exchanges, Poloniex, argues pre-trading gives the crypto community the power to decide which coin they want to support. “We believe the responsible thing to do in this case is remain neutral and allow the community to decide which chain to support, and we want to empower the community to demonstrate their support through trading activity,” Poloniex said in a press release .

Bitcoin Cash has been trading in volatile fashion ahead of the hard fork, rising as much as 50% in November, before falling 21%.
Providing critical information for the U.

We Want to Hear from You Join the conversation
Comment.

What you need to know about the Bitcoin Cash ‘hard fork’

Wed Dec 12 , 2018
On Thursday, Bitcoin Cash, perhaps, the most famous hard fork of bitcoin and the fourth-largest cryptocurrency, will split in two, creating a second cryptocurrency. The two digital currencies will go by the names Bitcoin ABC (core Bitcoin Cash) and Bitcoin SV (Satoshi’s Vision). A hard fork is when developers and miners no longer agree on… 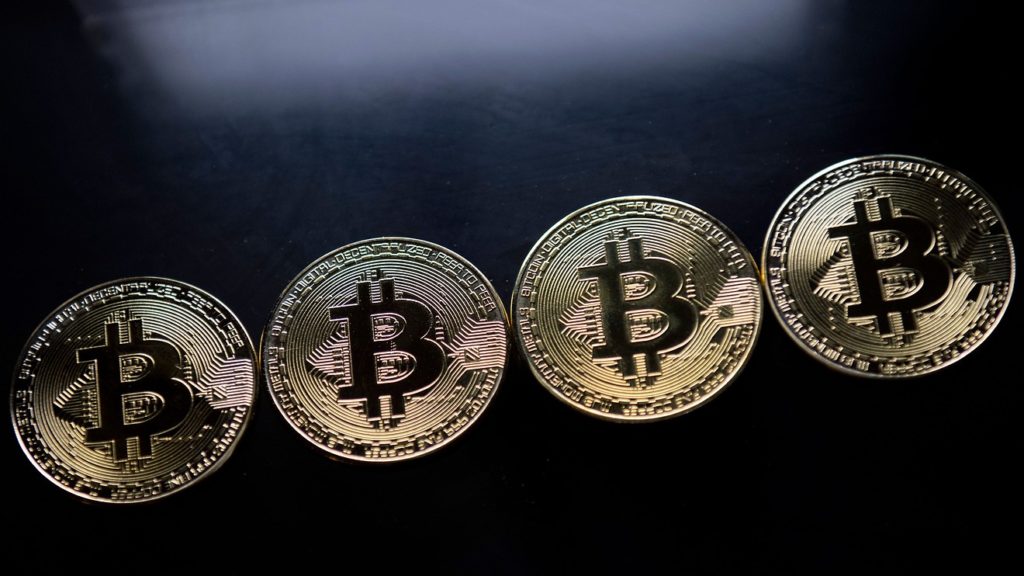