When Will the Bitcoin Taproot Upgrade Happen? [Ruchi Gupta] 8:01 a.m.ET Bitcoin came close to $67,000 in Oct.2021, marking another record high for the flagship cryptocurrency.Following that spike, Bitcoin investor MicroStrategy said it would use almost every means to continue stockpiling the crypto, and NFL star Aaron Rodgers announced that he’ll receive part of his…

When Will the Bitcoin Taproot Upgrade Happen?

Bitcoin came close to $67,000 in Oct.2021, marking another record high for the flagship cryptocurrency.Following that spike, Bitcoin investor MicroStrategy said it would use almost every means to continue stockpiling the crypto, and NFL star Aaron Rodgers announced that he’ll receive part of his salary in Bitcoin in partnership with Jack Dorsey’s Square.Now, people can’t stop talking about Bitcoin’s price prediction as the long-anticipated Taproot upgrade nears.

The real identity of Bitcoin creator Satoshi Nakamoto remains a mystery.What’s not hidden is that Bitcoin has made many people rich.The crypto first touched $1 in early 2011.

If you had invested just $100 then, you would have more than $6 million now.The coming Taproot upgrade could expand the opportunity for investors to make even more money with Bitcoin in the coming years.

Bitcoin is a work in progress.In fact, the entire crypto universe is still developing.Solana and Cardano continue to roll out new features, while the Ethereum community is gearing up for a major overhaul in 2022.The Bitcoin network has seen a number of upgrades.

The latest took place in July 2017, and that followed a 2013 upgrade.Taproot is the next one.

The Taproot upgrade is designed to improve Bitcoin’s transaction privacy and efficiency and introduce new features.The community that maintains the crypto network (Bitcoin miners) agreed on the Taproot upgrade in June 2021.Unlike the 2017 upgrade, which caused divisions, Taproot received strong community support.

What will Taproot do for Bitcoin?

Although Bitcoin is the pioneer cryptocurrency, its technology has lagged in some areas.

Therefore, it’s trying to catch up to better serve its users.In addition to making Bitcoin transactions more private than they are now, the Taproot upgrade will help make the network less energy-intensive.

Perhaps the greatest appeal of Taproot is that it will enable smart contract capability on Bitcoin’s network.That will allow for building and deploying apps on the blockchain, bringing Bitcoin deeper into the DeFi space.As Ethereum is currently the platform where much of the DeFi action takes place, its Ether token has been rising.

When will the Taproot upgrade happen?

While the 2017 Bitcoin upgrade was divisive, the 2013 upgrade was messy.To ensure that Taproot goes as planned, the Bitcoin miner community decided to take its time to carefully test the changes before deploying them.The Taproot upgrade is expected to take effect between Nov.12 and Nov.16.

What does the Taproot upgrade mean for investors?

Although the 2017 upgrade caused division in the Bitcoin community and led to several hard forks, it brought speed and security improvements.

Taproot will expand on those while introducing additional features that will make Bitcoin more useful.

Taproot, for example, will enhance the privacy of Bitcoin transactions.That should enable Bitcoin to better compete with privacy coins , which have been in high demand lately.The coming efficiency improvement will both increase Bitcoin’s transaction speeds and reduce the network’s energy use.

The future is DeFi as borrowers continue to seek cheap loans and investors pursue better returns.Therefore, the smart contract capability coming to Bitcoin through Taproot bodes well for the crypto’s long-term outlook.

What does the Taproot upgrade mean for Bitcoin price prediction?

Bitcoin transactions are currently slow and expensive.But merchant and investor interest in it continues to grow.AMC Theatres, for example, plans to accept Bitcoin and other crypto for payments.

More businesses are also supporting Bitcoin.At the same time, banks are rolling out Bitcoin funds to their wealthy investors.Banks’ interest in Bitcoin is so strong that regulators are drafting rules to guide them.

The improvements coming to Bitcoin through the Taproot upgrade are only going to increase its payment and investment appeal.

Anthony Pompliano expects Bitcoin to touch $500,000 by 2030 and predicts the crypto could be worth $1 million eventually .Furthermore, Bitcoin investor Chamath Palihapitiya is planning some big investments in the flagship crypto.. 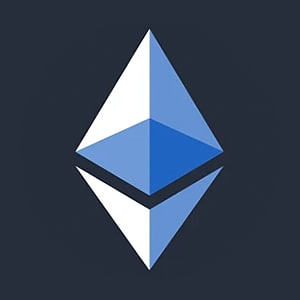