A clash between police and farmers breaks out during a protest in Karnal (ANI) NEW DELHI: The Supreme Court on Monday again pulled up the farmers’ for continuing their agitation despite it having stayed the three contentious farm laws. “There is nothing to be implemented.What are the farmers’ protesting about? No one other than the… 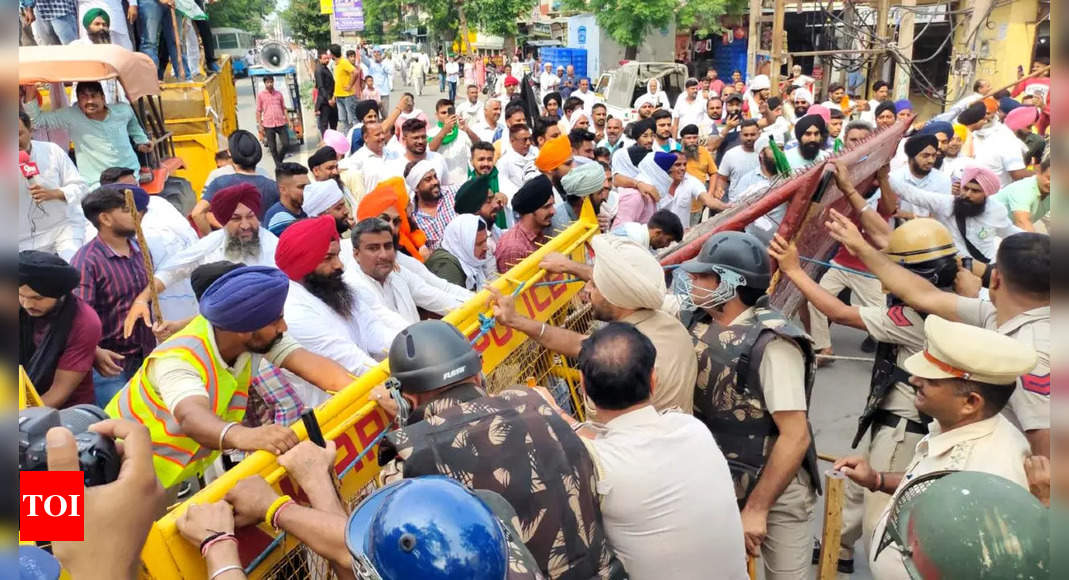 A clash between police and farmers breaks out during a protest in Karnal (ANI) NEW DELHI: The Supreme Court on Monday again pulled up the farmers’ for continuing their agitation despite it having stayed the three contentious farm laws.

“There is nothing to be implemented.What are the farmers’ protesting about? No one other than the court can decide the validity of the farm laws,” SC said.

“When farmers are in court challenging the laws, why protest on street?” the top court added.

Supreme Court says it will examine whether the right to protest is an absolute right, while hearing their plea to allow it to hold Satyagrah at Jantar Mantar .

It said the principal question for adjudication on is – “whether a person or body, once moves a constitutional court to challenge the validity of a law, could still resort to protest on the street with regard to the same issue.”

The court has posted the matter for hearing on October 21.

It also said that the Centre had earlier made it clear that it won’t implement the farm laws.

“The three farm laws are not in place and the Centre has given an undertaking not to implement them, the SC bench headed by Justice A M Khanwilkar added.

The Supreme Court on Friday admonished a farmers’ group for choking the national capital by staging sit-protests on highways against the three farm laws.

The apex court said the farmers have blocked not only the movement of people but the armed forces as well and have strangulated traffic to and from Delhi.

The court said, “You have strangulated Delhi by holding sit-in protests on highways …even blocked movement of armed forces and jeered them.Now you want to come inside the city and create chaos?”

The rebuke came after Kisan Mahapanchayat moved the court seeking permission to enter Delhi to stage a peaceful protest at Jantar Mantar.

The Kisan Mahapanchayat is a body of agricultural community and farmers which is protesting against the three farm laws.

“Every citizen has the right to free movement.You have stopped the business.Have you asked the residents around the protest points whether they are happy with the protests,” it asked.

The Kisan Mahapanchayat said that denying permission to hold peaceful, unarmed and non-violent Satyagraha at the designated place at Jantar Mantar is in violation of the basic democratic rights enunciated as fundamental rights under the Constitution of India.

It said that the action of authorities is “discriminatory and arbitrary” as permission to protest has been granted to another farmer body, Sanyukt Kisan Morcha , while denying them to organise staggered Satyagrah.

Earlier on Thursday, the apex court reiterated its objections to the blockade of highways by farmers as part of their protest against the three contentious farm laws.The SC had asked the Centre as to “how can highways be blocked perpetually?” and “where does it end?”

Tue Oct 5 , 2021
In Orange County, no place has been more of a pandemic battleground than Huntington Beach. Some residents joined pro-Trump, anti-mask rallies at the beach.Others were appalled. Mayor Pro Tem Tito Ortiz refused to wear a mask at City Council meetings — until he resigned, paving the way for a Black woman to replace him and… 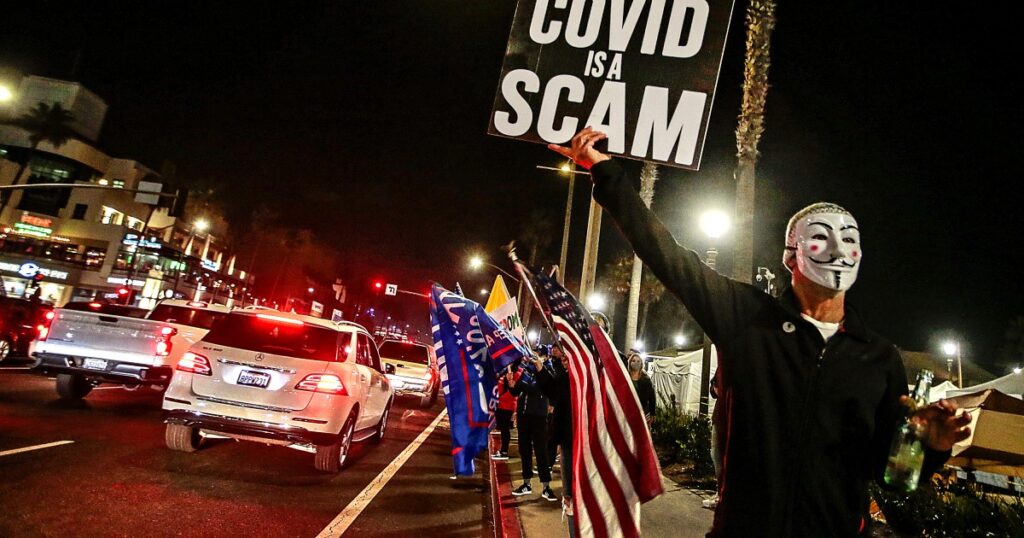