The world economy is a complex system that has undergone many different phases in the past century.As strange as it may sound today, there have been times when banking crises were rare, pay was rising alongside productivity, and the U.S.dollar would buy a certain amount of pure gold.Despite its obvious successes in certain areas, the… 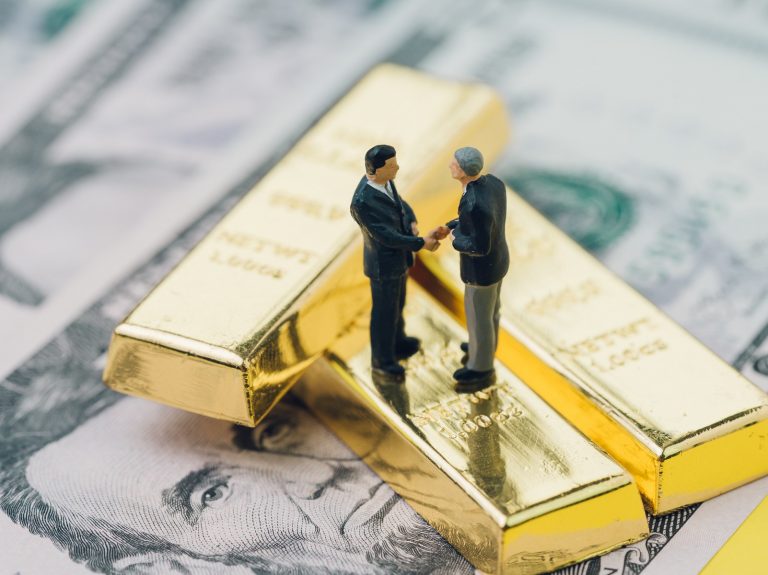 The world economy is a complex system that has undergone many different phases in the past century.As strange as it may sound today, there have been times when banking crises were rare, pay was rising alongside productivity, and the U.S.dollar would buy a certain amount of pure gold.Despite its obvious successes in certain areas, the global monetary system that laid the foundations for this time of stable growth eventually failed, and here’s why.
Also read: Crypto Salaries Gain Regulatory Recognition Around the World When $35 Bought You an Ounce of Gold
The post-World War II era started with a negotiated monetary system that set the rules for international commercial and financial relations.

This was a product of the Bretton Woods agreement from 1944, which created a new financial order in a world devastated by its largest military conflict yet.
The conference in New Hampshire, held before the war was over, established the main pillars of global finance and trade: the International Monetary Fund (IMF) and the International Bank for Reconstruction and Development (IBRD), now part of the World Bank Group.

The General Agreement on Tariffs and Trade (GATT), later replaced by the World Trade Organization (WTO), was signed soon after.U.S.

addresses delegates at the Bretton Woods Monetary Conference, July 8, 1944 (Source: World Bank)
The governments behind the Bretton Woods system, many of them wartime allies against Nazi Germany, aimed to create a world in which a major armed conflict and a global depression could never happen again.That was to be achieved by building an effective international monetary system and reducing barriers to free trade.Over 700 representatives of 44 countries hammered the agreement in the course of a month.No bankers were invited to take part, by the way.
The delegates decided that their monetary construct should rest on the U.S.dollar as the world’s reserve currency.In an effort to replicate the pre-war gold standard, although in a limited form, the dollar was tied to the precious metal at a fixed price.The United States government committed to convert dollars into gold at $35 an ounce.The U.S.

currency became the new gold standard, while retaining flexibility in comparison with real gold.
A system of fixed exchange rates was then introduced, in which all other major currencies were pegged to the gold-backed U.S.dollar.

Participating nations had to maintain currency prices within 1% of parity through interventions in their foreign exchange markets.Purchases and sales of foreign currency were constantly made to keep rates close to the target.The Good, the Bad, the Ugly
The Bretton Woods system was effectively a monetary union with the dollar being its main currency.

For some time it generated the stability the post-war world needed to recover and rebuild.Virtually no major country experienced a banking crisis during the period the agreement was respected, between 1945 and 1971.
Speculative financial flows were seriously curtailed and investment capital was channeled into industrial and technological development instead.Helping national economies grow, creating jobs and lowering trade barriers were to give peace a better chance.

And to a large extent they did, aside from cold war proxy conflicts.In 1971 the US President Kills The Gold Standard
Several notable achievements resulted from the Bretton Woods arrangement in a variety of domains.An online portal called WTF Happened In 1971? , the year when President Nixon’s administration unilaterally terminated the U.S.dollar’s convertibility to gold, summarizes most of them, backed with astonishing numbers.For example, up until Washington’s decision to end the dollar-gold standard, productivity rose steeply and wages, unlike nowadays, didn’t fall behind.
In other words, the rising value of goods and services translated into rising pay for workers.The 119% increase in productivity from 1947 to 1979, the last year when these indicators were moving together, was closely followed by a 100% positive change in the average hourly compensation.

Since then, until 2009, productivity has grown by a whopping 80%, while compensation scored only an 8% increase, the quoted data shows.
Similar trends can be observed with many other pairs of indicators.Divergence between real GDP per capita and average real wage in the U.S.

has been growing steadily since the 70s, according to the calculations of the Bureau of Economic Analysis and the Bureau of Labor Statistics.The consumer price index skyrocketed after the untying of the dollar from gold.The same applies to the median sales price of new homes sold in the country.And against this backdrop, divorce prevalence and incarceration rates in the U.S.

increased markedly.
The post-war semi-gold standard mitigated income inequality in the United States, which had been rising in the years following the establishment of the Federal Reserve System in 1913 and jumped again after the U.S.government decided to turn the dollar into purely fiat money.Since 1971, the top 1% of earners have seen their income grow significantly, while that of the bottom 90% has remained almost unchanged for decades.The curves crossed somewhere in the beginning of the century and in the years after the 2008 global financial crisis the rich have been getting richer, while the poor have been getting poorer again.
Other negative trends after the abolition of the last gold standard include the ballooning U.S.national debt, from well below a trillion dollars in the 70s to over $20 trillion in 2018.As of June 2019, federal debt held by the public amounted to $16.17 trillion.

Last year it was approximately 76% of GDP and the Congressional Budget Office expects it to reach over 150% by 2040.At the same time, the United States’ goods trade balance has dropped dramatically, reaching a record low of almost -$80 billion at the end of December.Will the Next Reserve Currency Be Crypto?
Bretton Woods, despite its positives, had some significant flaws that eventually led to its demise.

Unlike the gold it was backed by, the dollar, which was the system’s reserve currency, could be manipulated by the powers in Washington in accordance with America’s own interests, and it was.Dollars were supposed to provide liquidity to the world economy but initially the United States wasn’t printing enough of them.As a result, its partners experienced shortages of convertible currency.And in the later years the opposite occurred, the greenback was too inflated by the U.S.

It quickly became evident that the agreement is tailored to the interests of the United States, which at the time of its signing owned two thirds of the global gold reserves.
In essence, the monetary union gave too much power to the U.S.and was only going to work as long as other countries were willing to accept the status quo.With Washington exporting inflation to the rest of the world, however, its partners started to convert large amounts of dollars into gold while the U.S.was ratcheting up the political pressure on them to accept and keep its printed money at fixed rates against their national currencies.Eventually, countries like France decided that enough is enough and started selling their dollars for gold.The U.S.then broke the link between its currency and the precious metal, which, along with the return of floating exchange rates, effectively put an end to Bretton Woods and the gold standard.
A similar situation currently exists in Europe’s own monetary union.

Critics say much of its problems stem from its very design, which heavily favors the interests of Germany, the continent’s economic locomotive and one of the world’s largest exporters.The government in Berlin is a supporter of low inflation which ensures German high tech industrial exports continue to bring high revenues.However, in the Eurozone’s southern flank countries such as Italy, Spain, Portugal, and Greece need higher inflation to remain competitive as exporters.
It is becoming evident that a reserve currency beyond the control of various governments would be an improvement over fiat money subordinate to the national interests of one superpower or another.A cryptocurrency that serves as a means of exchange, store of value, unit of account, and which cannot be inflated or deflated through biased political decisions could be an instrument that would facilitate global commercial and financial transactions without favoring a side.

Besides, participating parties would own the real asset itself and not some derivative.
Satoshi Nakamoto must have thought about these matters when designing Bitcoin.The person, or persons, behind this name listed a symbolic date as their birthday on Satoshi’s P2P Foundation profile – April 5, 1975.Be it intentional or serendipitous, that’s a date which evokes the historical development of relations between people, government and money.
On April 5, 1933, through Executive Order 6102 , the U.S.government forbid its citizens from “hoarding of gold coin, gold bullion, and gold certificates.” The aim was to artificially increase demand for its fiat currency at the expense of demand for gold.During the Bretton Woods era, only foreigners, and not U.S.citizens, were allowed to convert dollars into gold, which is arguably one of the system’s flaws.

The order was reversed in 1975, making gold possession in the United States legal again.
If you are looking to securely acquire bitcoin cash ( BCH ) and other leading cryptocurrencies, you can do that with a credit card at buy.Bitcoin.com .You can also freely trade your digital coins using our noncustodial, peer-to-peer trading platform.The local.Bitcoin.com marketplace already has thousands of users from around the world and is growing fast.
Do you think the world’s next reserve currency will be a cryptocurrency? Share your thoughts on the subject in the comments section below.
Images courtesy of Shutterstock, wtfhappenedin1971.com, World Bank.
Bitcoin.com is author of this content, TheBitcoinNews.com is is not responsible for the content of external sites.
source: https://news.bitcoin.com/why-the-birth-of-bitcoin-can-be-traced-back-to-1971/
TheBitcoinNews.com is here for you 24/7 to keep you informed on everything crypto.Like what we do? Tip us some Satoshi with the exciting new Lightning Network Tippin.me tool! TAGS.

Tue Sep 3 , 2019
Indices options As an investor, you should note that 76.4% of all retail CFD investors lose money , In addition, each of these asset classes has its own characteristics.At the same time, they offer you the opportunity to better diversify your portfolio. Some positions on Plus500 use CFDs to give the trader a variety of… 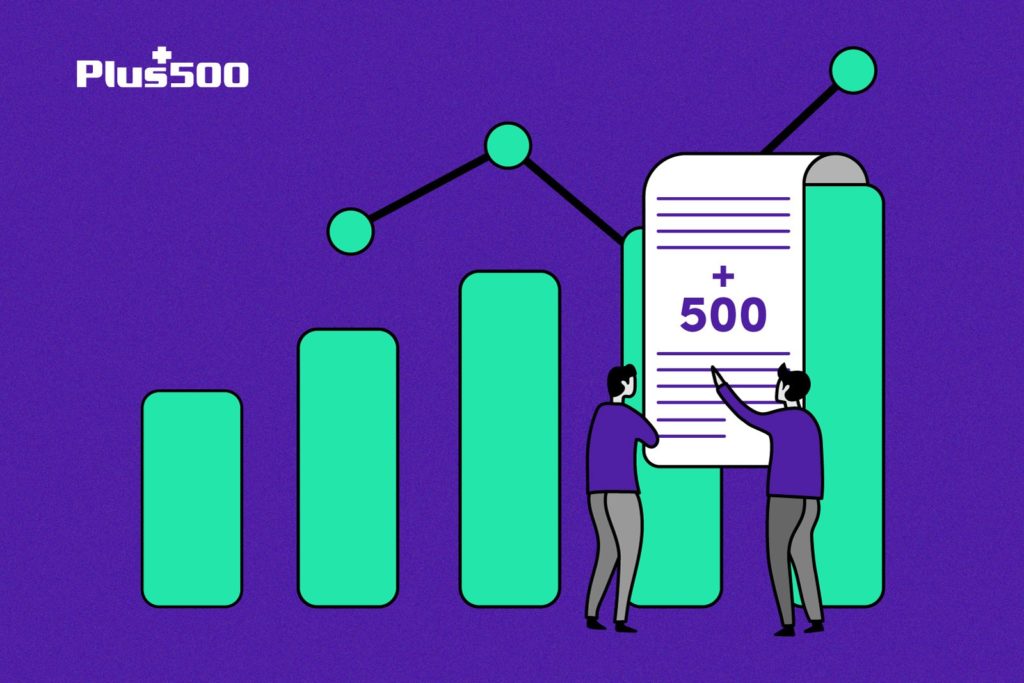