It’s been a tough year for Bitcoin and its backers.Even back in 2018, the Oracle of Omaha himself predicted that it and other cryptocurrencies were headed for trouble.”They will come to a very bad ending,” Warren Buffett told CNBC at the time.After hitting an all-time peak of around $69,000 per unit on November 10, 2021,… 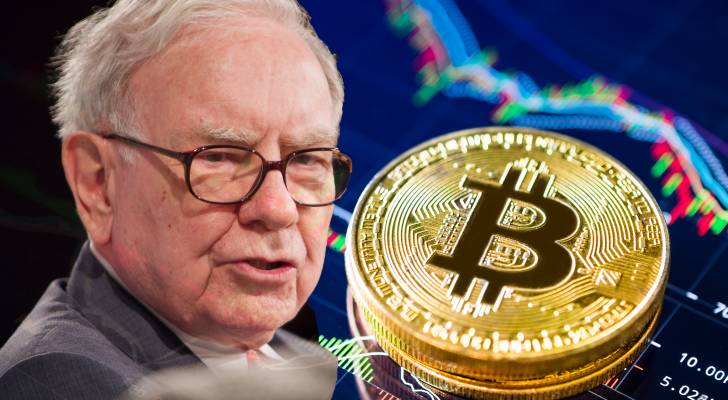 It’s been a tough year for Bitcoin and its backers.Even back in 2018, the Oracle of Omaha himself predicted that it and other cryptocurrencies were headed for trouble.”They will come to a very bad ending,” Warren Buffett told CNBC at the time.After hitting an all-time peak of around $69,000 per unit on November 10, 2021, the world’s leading digital currency has since erased roughly 67% of its value, sitting at about $23,000 right now.To be sure, bitcoin has rallied in recent weeks, up nearly 40% so far in 2023.But what would the world’s most famous investor say to those who might be thinking of buying Bitcoin right now? “If you …owned all of the bitcoin in the world and you offered it to me for $25, I wouldn’t take it,” Buffett told CNBC earlier this year.Other than Bitcoin’s disappointing track record, here are three more reasons Buffett won’t go near it.

Don’t miss The #1 new homeowner rule is to shop around for your mortgage — this is how you can get the lowest quote Americans are paying nearly 40% more on home insurance compared to 12 years ago — here’s how to spend less on peace of mind You could be the landlord of Walmart, Whole Foods and Kroger (and collect fat grocery store-anchored income on a quarterly basis) 1.It has ‘no unique value at all’ The billionaire investor doesn’t like Bitcoin because he considers it an unproductive asset.

Buffett has a well-known preference for stocks of corporations whose value — and cash flow — come from producing things.But cryptocurrencies don’t have real value, Buffett said in a CNBC interview in 2020.“They don’t reproduce, they can’t mail you a check, they can’t do anything, and what you hope is that somebody else comes along and pays you more money for them later on, but then that person’s got the problem.” Though Bitcoin is intended to provide real value as a payment system, that use is still pretty limited.As Buffett sees it, Bitcoin’s value comes from the optimism that someone else will be willing to pay more for it in the future than you’re paying today.2.He doesn’t think crypto counts as money Buffett has made his share of extremely cutting remarks about Bitcoin and cryptocurrency over the years: “I don’t have any Bitcoin.

I don’t own any cryptocurrency, I never will,” he told CNBC back in 2020.As a tradeable asset, Bitcoin boomed.But does it meet the three criteria of money? According to the most common definition, money is supposed to be a means of exchange, a store of value, and a unit of account.Read more: 10 best investing apps for ‘once-in-a-generation’ opportunities (even if you’re a beginner) But Buffett calls it a “mirage.” “It does not meet the test of a currency,” the billionaire said on CNBC in 2014.

“It is not a durable means of exchange, it’s not a store of value.” He adds that it’s a very effective way of anonymously transmitting money.But: “a check is a way of transmitting money too,” he said.“Are checks worth a whole lot of money just because they can transmit money?” 3.He doesn’t understand it Buffett became one of the most successful investors in history by sticking with stocks he understands.

“I get in enough trouble with things I think I know something about.

Why in the world should I take a long or short position in something I don’t know anything about?” But people like to gamble, he told CNBC after a 2018 Berkshire Hathaway annual meeting, which is another problem with nonproductive assets.“If you don’t understand it, you get much more excited than if you understand it.You can have anything you want to imagine if you just look at something and say, ‘that’s magic.’” How does Buffett pick winning stocks? The billionaire investor follows the value investing strategy — which focuses on buying undervalued stocks of strong companies and holding them for a long time.Simple, right? Berkshire Hathaway looks for companies with a good profit margin and those that produce unique products that can’t easily be substituted.As Warren Buffett once said in a letter to his shareholders, “It’s far better to buy a wonderful company at a fair price than a fair company at a wonderful price.” But Buffett’s distaste for crypto stocks doesn’t necessarily mean you shouldn’t buy Bitcoin.Even the billionaire has come around on sectors he previously spoke out against.He notoriously avoided tech stocks, even at the height of the dot-com bubble, and now his company’s largest holding is Apple.

What to read next Better than NFTs: You don’t have to be ultra-rich to own a piece of a Pablo Picasso .Here’s how to enter the fine art market ‘Hold onto your money’: Jeff Bezos says you might want to rethink buying a ‘new automobile, refrigerator, or whatever’ — here are 3 better recession-proof buys Rich young Americans have lost confidence in the stock market — and are betting on these assets instead.Get in now for strong long-term tailwinds This article provides information only and should not be construed as advice.It is provided without warranty of any kind..