As ride-hailing prices have become more expensive during the course of the coronavirus pandemic, some of the biggest metro areas in the country are seeing customers return to taxis. Taxi-ride volume has increased in the past several months in San Francisco, New York and Chicago, coinciding not just with a pandemic recovery but also with… 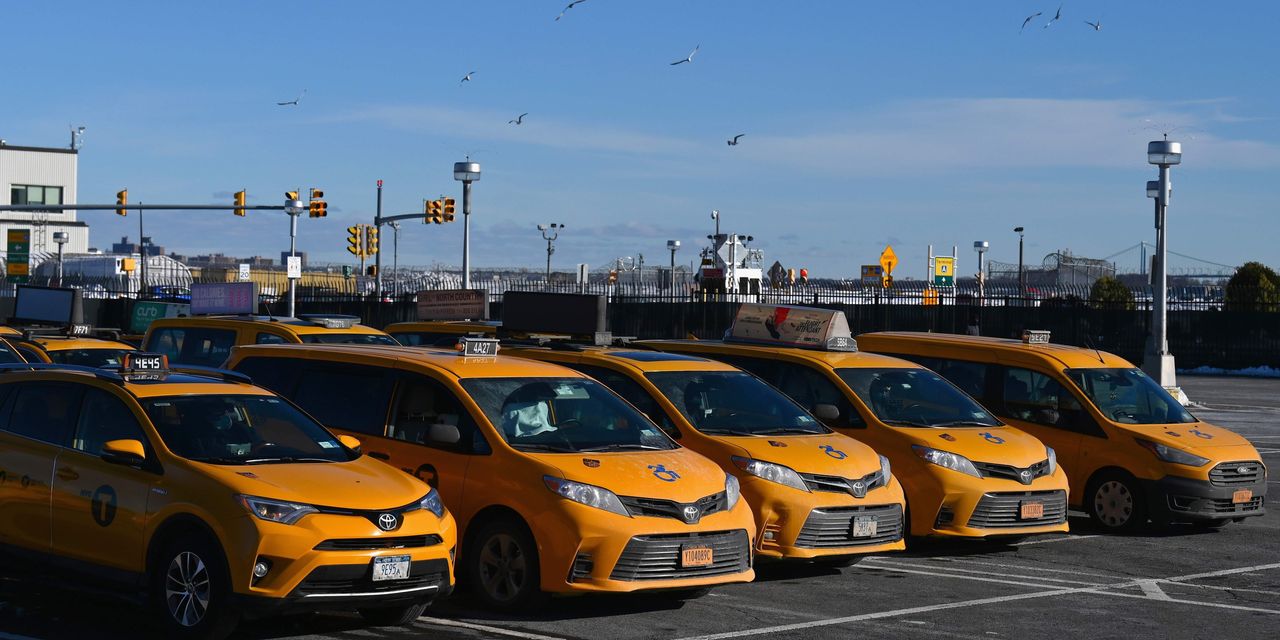 As ride-hailing prices have become more expensive during the course of the coronavirus pandemic, some of the biggest metro areas in the country are seeing customers return to taxis.

Taxi-ride volume has increased in the past several months in San Francisco, New York and Chicago, coinciding not just with a pandemic recovery but also with complaints about rising prices for rides from Uber Technologies Inc.UBER, -3.06% and Lyft Inc.LYFT, -4.50% .

“Uber and Lyft surge pricing has brought back a lot of people to taxis,” said Hansu Kim, president of Flywheel, the ride-booking app that he says is used by the majority of cab companies in San Francisco.He said since the beginning of the summer, Flywheel has seen a 15% to 20% increase in downloads of its app.

While taxi trip volume increased steadily during that time, TLC data shows a downward trend for New York City trips in ride-hailing vehicles like Uber and Lyft: Trip volume fell from 15 million in July to 12.7 million at the end of September.

Data from Chicago also shows a similar trend, with the ride-hailing giants showing a dip in trips per day from July to August while taxis did not.

It appears Uber and Lyft volume was again on the rise there in October, though.

Chris Sweis, chief executive of Yellow Cab of San Francisco, said ride volume at his company is on the rise.He said “customers come to us after they open up the Uber and Lyft app, say they feel prices are very high.”

See also: Why Uber and Lyft prices are going up — and how you can get around for less

Uber and Lyft have acknowledged their prices have increased amid rising demand for rides and difficulty recruiting drivers.Research firm YipitData, which has access to email receipts from more than 1 million users of Uber and Lyft in the United States, reported ride-hailing prices surged earlier this year as COVID-19 vaccinations rolled out, the weather warmed up and people started going back out.

“Prices have moderated a little bit since the highs from April through July,” Martin said.

“But pricing remains quite high relative to before the supply shock in March.”

Charges per ride for Uber and Lyft in New York City were up 19% year over year in October, and were 29% higher than October 2019, according to YipitData.For Chicago, those numbers are 38% and 43%, respectively, while in San Francisco they were 28% and 27%, respectively.

According to data Sweis shared with MarketWatch, volume of taxi rides hasn’t recovered to pre-pandemic times, but drivers with the company saw their weekly earnings rise 50% from the third week of September 2020 compared with the same period this year because of higher demand — and also because not all drivers have returned to driving cabs.

Opinion: Uber and Lyft are staging a ridiculous race for fake profits

The taxi business, which has been decimated by the rise of Uber and Lyft over the past decade, remains far behind the ride-hailing giants in ride volume.But as more riders find out they can summon and pay for taxis by app, some cab drivers are feeling somewhat optimistic.

“I’m hoping we can convert people permanently, or have them at least consider taxi cabs as a transportation alternative,” said Barry Taranto, who works for National Cab and has been driving a cab in San Francisco for about 21 years.

Taranto said some passengers have complained about ride-hailing prices, especially for trips from San Francisco International Airport to downtown, which he has heard can cost anywhere from $70 to as high as $100.In a cab, he says that trip costs about $45 to $50.

According to Jason Gross — vice president of mobile at Curb Mobility, which says it makes the No.1 taxi app in the United States — the number of cab drivers on the platform in Chicago has more than doubled, to 1,800, between June and October.Gross also said downloads of Curb’s ride-hailing app have climbed 280% in the past six months compared with the same period last year, and are up 175% from the same period in 2019.

For more: Catch up on the fight for new laws regarding gig work across the U.S.

While not all cab drivers are back on the road either, Flywheel’s Kim said the difference is that taxis don’t have surge pricing like Uber and Lyft do.

“Our prices are regulated,” he said.

“Our meter rates are set by the city and that does act as a maximum.”

Besides lower prices for taxi rides at the moment, Taranto, the cab driver, said he hopes more people would realize that taxi drivers “actually know where they’re going.

A lot of the people who have used the ride-hailing apps for a while are bewildered that their taxi driver doesn’t need to use the GPS to get them around town.”.

Wed Nov 24 , 2021
As ride-hailing prices have surged during the course of the coronavirus pandemic, some of the biggest metro areas in the country are seeing customers return to taxis. Taxi-ride volume has increased in the past several months in San Francisco, New York and Chicago, coinciding not just with an economic recovery from the earlier stages of…