Enlarge this image Errata Carmona for NPR Errata Carmona for NPR More than 1 million fewer students are enrolled in college now than before the pandemic began.According to new data released Thursday, U.S.colleges and universities saw a drop of nearly 500,000 undergraduate students in the fall of 2021, continuing a historic decline that began the… 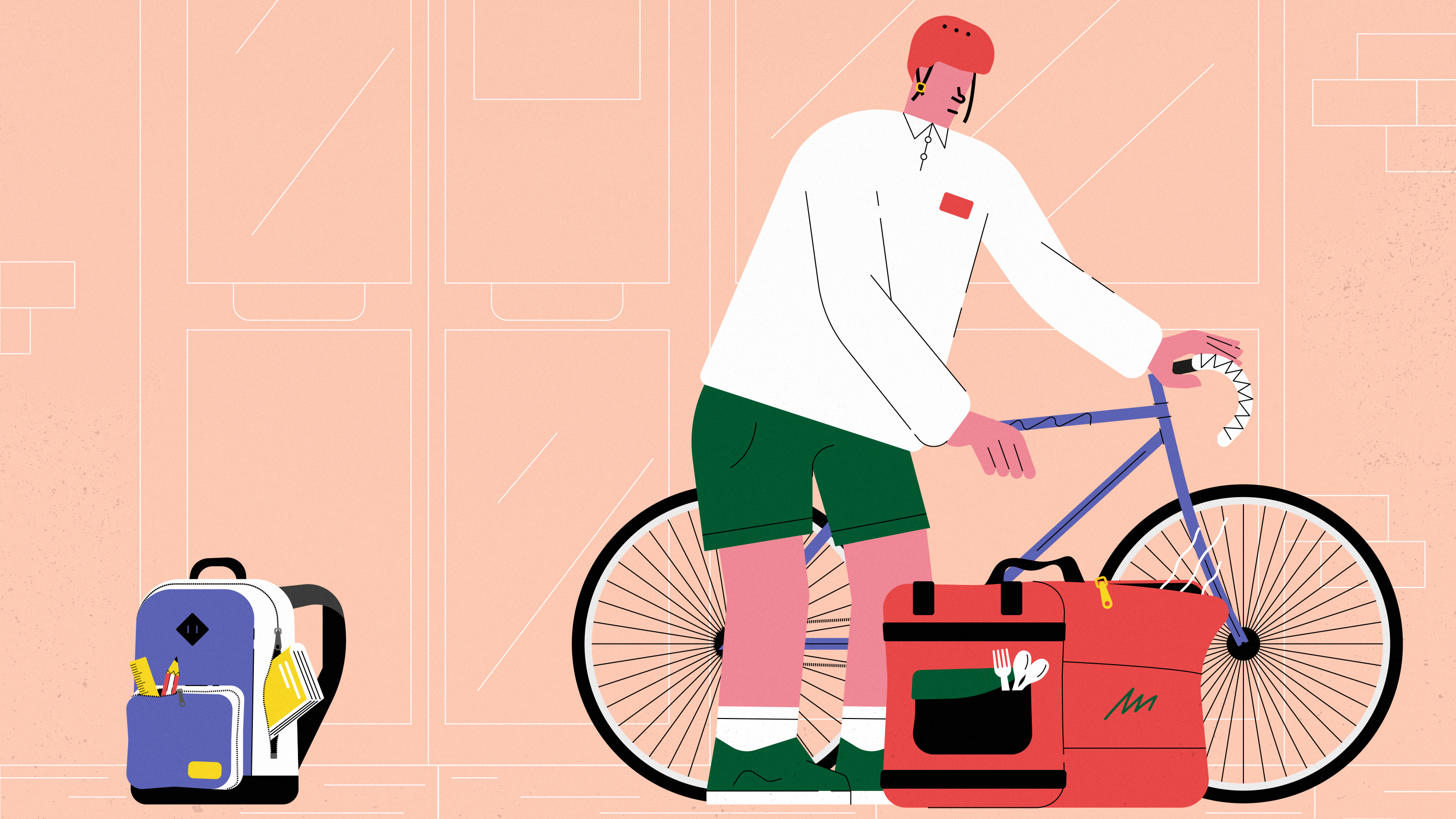 Errata Carmona for NPR More than 1 million fewer students are enrolled in college now than before the pandemic began.According to new data released Thursday, U.S.colleges and universities saw a drop of nearly 500,000 undergraduate students in the fall of 2021, continuing a historic decline that began the previous fall.

“It’s very frightening,” says Doug Shapiro, who leads the research center at the National Student Clearinghouse, where the new data comes from.”Far from filling the hole of [2020’s] enrollment declines, we are still digging it deeper.”

Compared with the fall of 2019, the last fall semester before the coronavirus pandemic, undergraduate enrollment has fallen a total of 6.6%.That represents the largest two-year decrease in more than 50 years, Shapiro says.

The nation’s community colleges are continuing to feel the bulk of the decline, with a 13% enrollment drop over the course of the pandemic.But the fall 2021 numbers show that bachelor’s degree-seeking students at four-year colleges are making up about half of the shrinkage in undergraduate students, a big shift from the fall of 2020, when the vast majority of the declines were among associate degree seekers.

“The phenomenon of students sitting out of college seems to be more widespread.It’s not just the community colleges anymore,” says Shapiro.”That could be the beginning of a whole generation of students rethinking the value of college itself.

I think if that were the case, this is much more serious than just a temporary pandemic-related disruption.”

Overall, enrollment in undergraduate and graduate programs has been trending downward since around 2012 , but the pandemic turbocharged the declines at the undergrad level.

Education Fewer Students Are Going To College.Here’s Why That Matters Many were hopeful that would-be undergraduates who chose to take a year off in 2020 would return in 2021, especially given the expanded opportunities for in-person learning.

But the pandemic gap year appears to be a myth: The National Student Clearinghouse found that of the 2020 high school graduates who chose not to enroll in college after graduation, only 2% ended up enrolling a year later, in the fall of 2021.

“The easiest assumption is that they’re out there working,” says Shapiro.”Unemployment is down.The labor market is good.Wages are rising for workers in low-skilled jobs.

So if you have a high school diploma, this seems like a pretty good time to be out there making some money.”

Wages at the bottom of the economy have increased dramatically, making minimum-wage jobs especially appealing to young people as an alternative to college.

In December, for example, jobs for non-managers working in leisure and hospitality paid 15% more than a year ago , according to the Bureau of Labor Statistics.

That could be the beginning of a whole generation of students rethinking the value of college itself.

“It’s very tempting for high school graduates, but the fear is that they are trading a short-term gain for a long-term loss,” Shapiro says.

“And the longer they stay away from college, you know, life starts to happen and it becomes harder and harder to start thinking about yourself going back into a classroom.”

It’s hard to give up a paycheck For Brian Williams, who graduated from high school early in the pandemic, the long-term plan is to go to college.

He postponed enrolling in 2020 because he was tired of remote learning; instead, he got a job at a Jimmy John’s sandwich store near his home in the suburbs of Houston so he could start saving up.When it was time to enroll in fall 2021 classes, he postponed again — he says he was more interested in finding a job that paid more than in giving up much of his paycheck to go to school.In August, Williams left Jimmy John’s and got a job at an Amazon warehouse; his hourly earnings jumped up by $4.50.

“I feel more secure within the money I’m getting,” he says.To get to and from his new job, he bought a car, which he’s working to pay off.

The Coronavirus Crisis ‘Losing A Generation’: Fall College Enrollment Plummets For 1st-Year Students For Williams, enrolling in college means he’ll have to cut back on hours and earn less money, while also spending more money to pay for classes.

He had toyed with the idea of starting community college in the new year but is now thinking he’ll start next fall, to give himself another eight months to save up.

He knows he doesn’t want to work at Amazon forever.

So I have to put myself through college.”

The short-term benefits of a high hourly wage vs.the long-term benefits of a degree A dramatic drop in college enrollment could spell trouble for those Americans who are opting out, as well as for their families.Research has long shown that getting even some post-secondary education leads to higher wages, lower unemployment and greater lifetime earnings.

In one study from Georgetown University, bachelor’s degree holders were found to “earn a median of $2.8 million during their career, 75% more than if they had only a high school diploma.”

“It may be great that people are finding jobs in the short term,” says researcher Tolani Britton, “but an 18-year-old who is living at home and helping his family with the minimum wage that he’s earning — if he’s still earning that wage 15 years from now and has a family of his own to support, what are the implications in terms of socioeconomic mobility for that individual, for their children?”

Britton, who studies the economics of higher education at the University of California, Berkeley, says a host of other benefits have been linked with higher education, including an increased likelihood of civic participation, lower infant mortality rates, better maternal health and a decreased likelihood of being unhoused or experiencing food insecurity, among other things.

LA Johnson/NPR Many of those social benefits stem from a lifetime of higher wages and increased financial stability — long-term payoffs that can be hard to prioritize over short-term wins, like having a little more money right now.

“At the end of the day, the wages that you’re getting today are one thing, but in 10 years from now they might be really similar,” Britton explains.”There may not be the growth that you would expect when people get post-secondary education.”

But Britton also understands that it can be hard to make decisions about your future needs when you’re also trying to meet the needs of today.

“People are in hard economic situations,” she says.”The [pandemic] recovery has been extremely uneven.”

On top of that, the challenges that existed before the pandemic for low-income students, students of color and students who are the first in their families to go to college — those challenges haven’t gone anywhere.

At the end of the day, the wages that you’re getting today are one thing, but in 10 years from now they might be really similar….There may not be the growth that you would expect when people get post-secondary education.

“Community colleges are the schools that traditionally enroll lower-income students,” Shapiro says, “so we can assume that that’s primarily who is affected and still staying away the most.”

When the National Student Clearinghouse looked at 2020 high school graduates , it found students from lower-income schools had lower college-going numbers, as did students at high-minority high schools.

The U.S.economy feels the long-term effects of fewer college graduates When fewer people go to college, fewer people graduate with the skills, credentials and degrees necessary for a higher-paying job.

And that reverberates throughout the entire U.S.economy.

“The direct loss to the economy is the workers themselves,” explains Tony Carnevale, the director of Georgetown University’s Center on Education and the Workforce.

“If they were trained and ready, they would get higher-wage jobs and they would add more to GDP, making us all richer and increasing taxes, reducing welfare costs, crime costs, on and on.”

When workers make higher wages, their local economies also benefit.Carnevale explains it this way: “When you hire the crane operator, the crane operator goes and buys groceries.So the grocery clerk has a job.”

More and more jobs in the U.S.require some post-secondary training, Carnevale says, which makes college graduates far more valuable to the economy.

Life Kit Finding your way to a (high-paying) trade job Before the pandemic, the country already had a skills gap , with jobs sitting empty because businesses couldn’t find workers with the proper credentials.

In the past decade, community colleges have worked to close that gap, partnering with local businesses to pair training with employer needs.

But according to Carnevale, declining enrollment rates at community colleges mean that gap is going to grow — which, in turn, hurts business.

“You can’t run your business if you literally cannot find people to work in that business,” says Britton, of the University of California, Berkeley.

And when businesses struggle, she says, “that has implications for things like decreases in tax revenues, higher prices for goods and services, delays in the production of services and goods like we’ve seen during the pandemic.And many of those things will only get worse if there are fewer people to fill the jobs.”

Declines in college enrollment have a compounded impact on the economy because there are economic consequences on so many levels: the individual, the community, businesses and society as a whole.

The longer they stay away from college, you know, life starts to happen and it becomes harder and harder to start thinking about yourself going back into a classroom.

It’s unclear exactly how to address these economic ripple effects.Colleges, for their part, are standing up reentry programs and creating new incentives to enroll .Valencia College, a community college that serves about 50,000 students in Orlando, Fla., waived application fees, extended deadlines and allowed returning students to retake classes for free.

For any student who failed a course they were forced to take online , it gave them a $500 scholarship to come back and take another class in person, when things opened up.

Shapiro, of the National Student Clearinghouse, says local communities have the most at stake when someone puts college off, because their local economies suffer when workers aren’t qualified for the best jobs.

He says it’s on those communities to “make the case that college offerings are worthwhile and it is important for students to invest in their future employability, in their skills and training.”

Is he tired of all this bad news?

Does he think these low college-going rates are the new normal?

Crypto Vs. China’s Digital Currency: Never The Twain Shall Meet 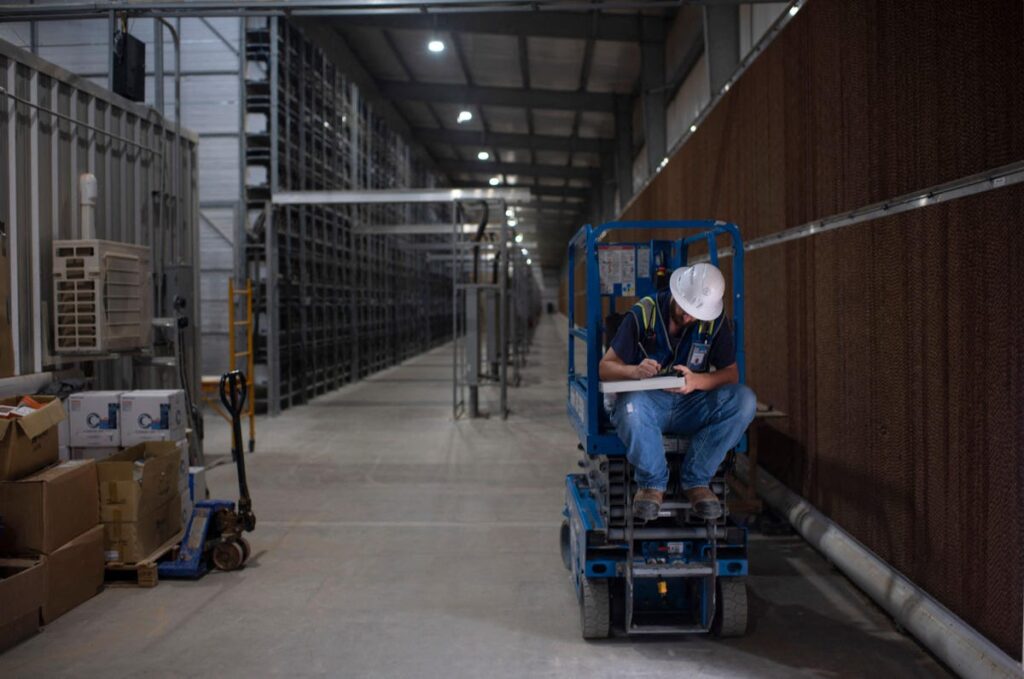