CLOSE Bitcoin slid to $10,000 on Wednesday for the first time since Dec. 1, leaving the cryptocurrency down by close to half from its peak hit last month. Newslook A man passes by a screen showing the prices of bitcoin at a virtual currency exchange office in Seoul, South Korea, Tuesday, Jan. 16, 2018. Prices…

CLOSE Bitcoin slid to $10,000 on Wednesday for the first time since Dec. 1, leaving the cryptocurrency down by close to half from its peak hit last month. Newslook
A man passes by a screen showing the prices of bitcoin at a virtual currency exchange office in Seoul, South Korea, Tuesday, Jan. 16, 2018.

Prices of bitcoin and other digital currencies have skidded after South Korea’s top financial policymaker said a crackdown on trading of crypto currencies was still possible. (Photo: Ahn Young-joon, AP)
CONNECT TWEET 9 LINKEDIN 13 COMMENT EMAIL MORE Speculators beware: The once-high-flying digital currency bitcoin is again feeling the heat from regulators in Asia, causing its price to go into a free fall.
Bitcoin, the best-known cryptocurrency whose skyrocketing price in the past year captured the imagination of speculators and skeptics alike, has come under intense selling pressure early in 2018.
Bitcoin careened 25% lower Tuesday after a startling gain of nearly 1,400% last year and peaking at roughly $19,500 per coin in late December.

The steep drop, which pushed bitcoin to a six-week low of $10,650 and 45% from its prior peak, was driven in part by news that South Korea, a country whose investor base has been at the epicenter of the bitcoin trading boom, was considering a crypto trading ban. That news collided with a Bloomberg report that Chinese authorities, which have already shut down local crypto exchanges, were also planning to block its residents from trading bitcoin on foreign exchanges.
The big fear is that hopes for widespread acceptance of the decentralized, stateless digital currency will be derailed by governments. Many countries see bitcoin as a threat to their traditional currencies and worry that mom-and-pop investors who speculate in bitcoin will lose a lot of money when the perceived speculative bubble bursts, bitcoin watchers say.

“I think regulation and interference by governments is one of the biggest challenges facing bitcoin,” Craig Erlam, a senior market analyst at currency trading firm Oanda, told USA TODAY.
” More: Dow surges past 26,000, just 12 calendar days after surpassing 25K
More: Bitcoin, other cryptocurrencies suffer big declines
More: Bitcoin Price: Digital currency had big swings in 2017
CLOSE The Bitcoin phenomena experiences both record highs and lows this week, but…uhh, what the heck is it again? USA TODAY
Cryptocurrencies such as bitcoin are powered by the technology known as blockchain, which is akin to an anonymous digital ledger.

Bitcoin is trying to distance itself from an early reputation as an anonymous currency used for nefarious purposes, such as money laundering and drug deals.

What the South Korean authorities are trying to do by shuttering crypto exchanges is to “shut down the betting shops,” says Craig Pirrong, a professor of finance at the University of Houston.

“They perceive bitcoin as a speculative frenzy that will not end well.”
As a result, they are trying to minimize the future damage to investors by making it more difficult and costly to trade.
Bitcoin bulls say this isn’t the first time bitcoin has gone through a rough patch to start the year, nor the first time it has been under regulatory pressures.
“The bitcoin story is not over; hold on to your bitcoin,” says David Mondrus, CEO of Trive, a company that counters “fake news” with the use of blockchain technology.

exchanges to start trading bitcoin futures in December. The Securities and Exchange Commission has cracked down on so-called “initial coin offerings,” or digital-coin fundraising vehicles, and has yet to approve exchange traded funds that would provide easier investor access to investing in bitcoin.
But fears of a coming regulatory crackdown aren’t the only reasons the value of bitcoin has been heading south, experts say. Bitcoin faces other challenges as well:
Speculators wonder: Is the big run over? At its peak last year, bitcoin was up nearly 1,900% and traded close to $20,000 per coin as investors cheered the creation of bitcoin futures on two major U.S. exchanges, which at the time was viewed as a step toward bitcoin gaining wider acceptance.
But it has suffered a decline of about 45% since its mid-December 2017 peak, spooking speculators who were “previously buying in fear of missing out,” Erlam says.

Unless bitcoin rebounds, speculators might not return with the same enthusiasm, he warns.
Time is ripe for profits Now that Bitcoin no longer is going up dramatically, many investors who bought it at much lower prices view it as a good time to sell and take profits, Pirrong adds.
Alternatives to Bitcoin gain fans Bitcoin was an early leader in the digital currency race.

But now there are 1,450 cyptocurrencies, according to coinmarketcap.

com. And that means many investors are looking for the next bitcoin, Pirrong says. “Almost anyone can create a cryptocurrency,” he says. “People can create substitutes.

”
And that gets people asking and thinking, “Why should bitcoin be so special?” Pirrong adds..

Bitcoin and Ethereum Have a Hidden Power Structure, and It’s Just Been Revealed

Sun Jan 21 , 2018
In cryptocurrency circles, calling something “centralized” is an insult. The epithet stems from Bitcoin creator Satoshi Nakamoto’s revelation: a monetary system doesn’t need a central authority, like a government, to work. That’s such a potent idea that it’s morphed into a battle among crypto-enthusiasts between good—that is, “decentralized”— currencies and evil ones, or anything with… 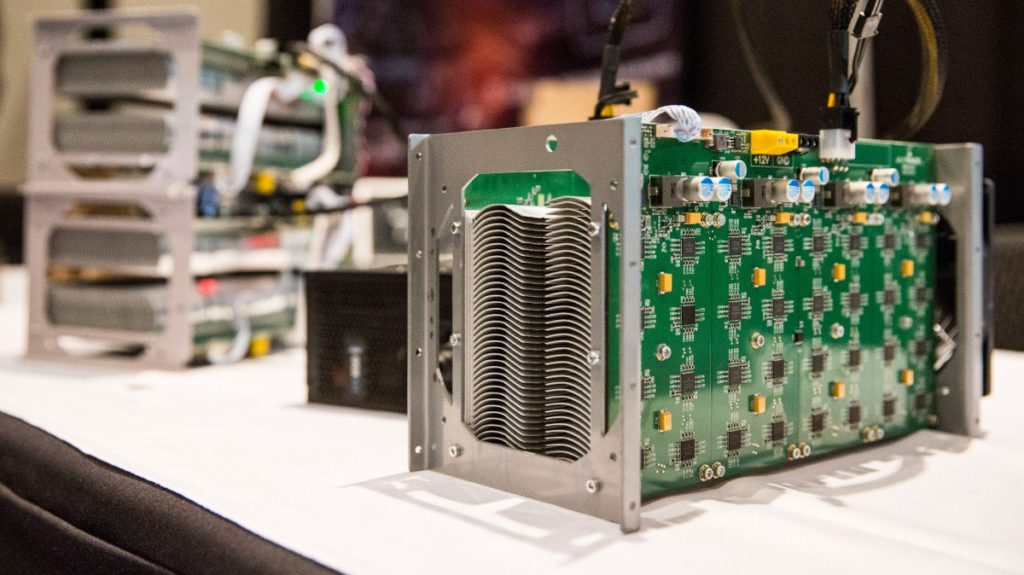