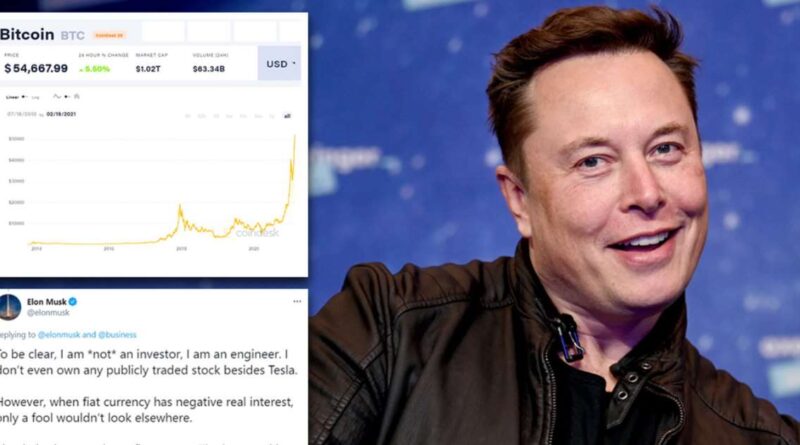 and the level of protection provided by vaccines against Covid-19 variants.He speaks on “Bloomberg Surveillance.” The Bloomberg School of Public Health is supported by Michael R.Bloomberg, founder and majority owner of Bloomberg LP, the parent company of Bloomberg News.Bloomberg GameStop Hearing Gathers Citadel, Robinhood Execs on Markets Feb.18 — Robinhood Markets Chief Executive Officer Vlad Tenev and Citadel founder Ken Griffin will face lawmakers on Capitol Hill Thursday, focused on fighting conspiracy theories about their roles in the GameStop retail trading frenzy.Bloomberg’s Dani Burger reports on “Bloomberg Surveillance Early Edition.” Bloomberg UP NEXT ‘Crypto assets continue to rank as the poorest hedge for major drawdowns in equities, with questionable diversification benefits at prices so far above production costs, while correlations with cyclical assets are rising as crypto ownership is mainstreamed,’ JP Morgan said.
© Provided by Daily Mail Analysts at JP Morgan said bitcoin’s current prices were well above estimates of fair value Bitcoin is an ‘economic side show,’ it added, calling innovation in financial technology and the growth of digital platforms into credit and payments ‘the real financial transformational story of the COVID-19 era.’
Other investors this week said bitcoin’s volatility presents a hurdle for it to become a widespread means of payment.
On Thursday, Tesla boss Elon Musk – whose tweets have fueled bitcoin’s rally – said owning the digital coin was only a little better than holding cash.
‘However, when fiat currency has negative real interest, only a fool wouldn’t look elsewhere,’ Musk said in a tweet.’Bitcoin is almost as bs as fiat money.

The key word is ‘almost’.’
He also defended Tesla’s recent purchase of $1.5 billion of bitcoin, which ignited mainstream interest in the digital currency.
‘Having some Bitcoin, which is simply a less dumb form of liquidity than cash, is adventurous enough for an S&P500 company,’ Musk tweeted.
© Provided by Daily Mail © Provided by Daily Mail Tesla’s $1.5 billion bitcoin purchase set the cryptocurrency soaring toward this week’s record peak above $50,000 while Musk’s recent promotion of dogecoin on Twitter also lifted the price of that cryptocurrency.
Bitcoin proponents argue the cryptocurrency is ‘digital gold’ that can hedge against the risk of inflation sparked by massive central bank and government stimulus packages designed to counter COVID-19.
Yet bitcoin would need to rise to $146,000 in the long-term for its market cap to equal the total private-sector investment in gold via exchange-traded funds or bars and coins, according to JP Morgan.
Rival cryptocurrency ether traded down 0.3 percent, at $1,934.67, still near a record of $1,951 reached earlier on Friday.It has been lifted by growing institutional interest, after its futures were launched on the Chicago Mercantile Exchange.
Read more Microsoft and partners may be compensated if you purchase something through recommended links in this article..