Johnson urged to ‘plunge’ sword into Northern Ireland protocol Sign up for FREE now and never miss the top politics stories again An insider declared the “sausage wars over” as they admitted Lord Frost and the EU’s Maroš Šefčovič had reached an agreement on once again delaying the introduction of customs checks.It means fears of… 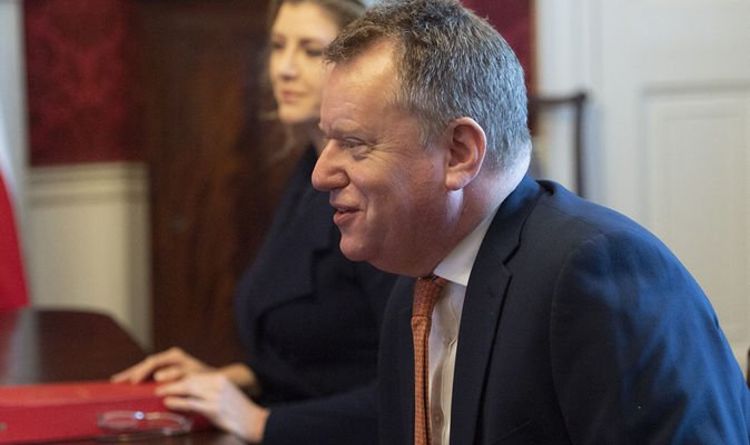 An insider declared the “sausage wars over” as they admitted Lord Frost and the EU’s Maroš Šefčovič had reached an agreement on once again delaying the introduction of customs checks.It means fears of difficulties to ship pigs in blankets and other festive favourites to Northern Ireland around Christmas have likely been avoided.

Brexit backlash: Remainer historian silenced over UK leaving EU Under the terms of the Protocol, agreed as part of the 2019 Brexit withdrawal agreement, chilled meats are banned from being shipped from Britain to Northern Ireland.

When the protocol came into force at the start of this year, a six month grace period was put in place on the introduction of the ban on chilled meats.

However, in June Britain demanded a delay to the implementation of the bureaucratic checks warning it would lead to supply shortages in Northern Ireland.

Lord Frost argued the UK’s internal market was being hampered by the Protocol and threatened to take unilateral action to suspend customs checks.

Lord Frost has agreed a deal with the EU to extend the grace periods (Image: PA) Brussels agreed to a request for a three-month delay to allow time for a more permanent solution to be found.

However, with less than four weeks until the end of the pause, no agreement has been reached.

The EU is understood to have once again suspended the introduction of the checks to provide more time for talks.

An official said the implementation of the red tape has been pushed back “quite far”.

An announcement on the new timeline is expected as soon as tomorrow.

In July Lord Frost unveiled UK proposals to reform the Protocol to make it more acceptable in the long run.

They included removing all customs checks, instead introducing light-touch checks of business supply chains and removing the role of the EU Court of Justice in overseeing the Protocol’s implementation.

The EU immediately rejected the suggestions and said the Protocol was not up for renegotiation.

Speaking this morning Irish trade minister, Leo Varadkar, said the EU’s position on the need for the full implementation of the Protocol had not changed but it was open to more negotiations.

He told Radio 4’s Today programme: “We do think that we need to create some space for further talks and further negotiations about how we can make the protocol work.

“I was in Northern Ireland last week and had a good chance to talk to the business community there.”

He added: “There are a lot of benefits from the protocol, north-south trade has increased a lot in both directions.

Northern Ireland Protocol ‘sausage wars’ explained (Image: EXPRESS) Trending “It has strengthened the Northern Ireland economy and they are reporting record levels of interest in people investing in Northern Ireland because they have this unique access both to the British market and the European single market.

“But it is also causing real problems, disruptions around some goods getting into Northern Ireland.

“There has been some additional costs and bureaucracy and that is more likely to get worse than better if we don’t negotiate some solutions.”

Tue Sep 7 , 2021
Prince Harry joins WeThe15 disability campaign Sign up for FREE now and never miss the top Royal stories again. Great Britain retained second place at the Paralympics with 124 medals, including 41 gold, 38 silver and 45 bronze.Now Harry is trying to keep the success of the games going with a new WeThe15 disability initiative… 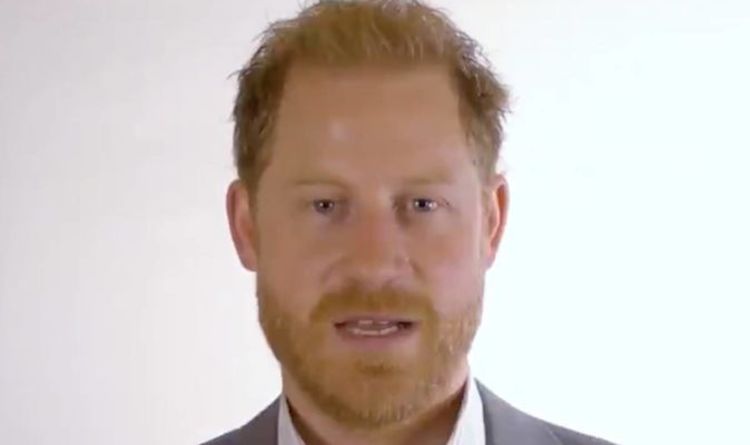