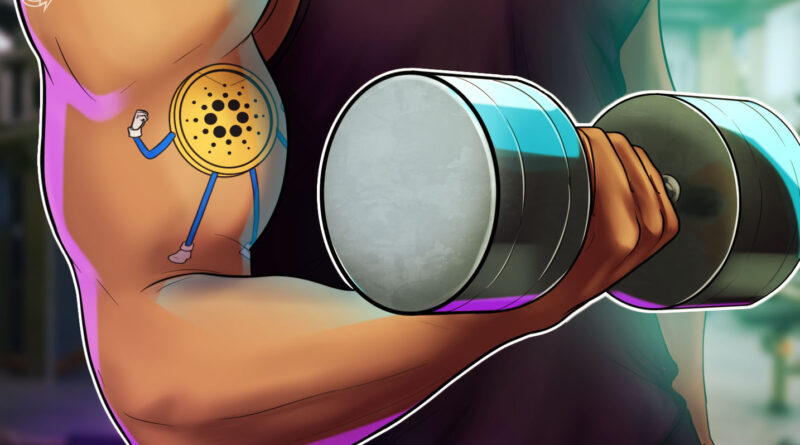 According to a leading blockchain security auditing firm, Cardano will become the second biggest proof-of-stake platform behind Ethereum, dwarfing Tezos.Quantstamp, a company that has been auditing Cardano’s (ADA) code base for the past two months, believes that after the Shelley hard fork, Cardano will trail only Ethereum (ETH) as a smart contract platform, dwarfing its arch-rival Tezos (XTZ).Cardano’s code base “one of the best”
Quantstamp CEO Richard Ma told Cointelegraph that in his opinion, Cardano has some of the best code in all of the blockchain space.He believes it is on par with ETH 2.0’s Prysm:
“It’s clear they’ve put a lot of internal effort to solidly test and properly engineer the code and it’s really shown through the smooth launch.We also recently audited prysm from eth 2.0 and we would say that in terms of quality, similar to prysm, it is one of the best codebases we have seen.”
Discussing the recent Shelley hard fork, Quantstamp communications manager, Jaye Harrill, told Cointelegraph that by the end of 2020, they expect Cardano to be second only to Ethereum in popularity as a smart contract platform.Harrill also feels that Cardano “dwarfs” Tezos as a proof-of-stake blockchain:
“The move to the Shelley era means Cardano will be the second most popular smart contract platform, second only to Ethereum by the end of the year.As a proof of stake system, it now dwarfs Tezos”.

Hoskinson: smart contracts & native assets are coming soon
Earlier today, replying to EOS (EOS) founder Daniel Larimer on Twitter, Cardano founder Charles Hoskinson stated that by the end of the year, smart contracts and native assets are coming to the platform along with low latency: Source: Twitter.
In recent years, developers have built the majority of their decentralized applications on Ethereum.However, if things go according to Hoskinson’s plan, Cardano may soon directly challenge Ethereum’s dominance in the industry.Share this: Bitcoin Price Clings to $8K as Analysts Warn Market Has Turned Bearish Bitcoin (BTC) managed to preserve support at $8,000 on Nov.20, continuing an uneasy sideways pattern since dipping to $7,990 the day before.Cryptocurrency market daily overview.Source: Coin360Bitcoin markets “more bearish than expected”Data from Coin360 showed BTC/USD ranging between just above $8,000 and a 24-hour high of $8,150, with volatility limited since Tuesday.

Previously, Bitcoin had… Italian Government Introduces Blockchain Terms in Regulation for First Time The Italian Senate committee has approved an amendment on blockchain industry regulation, Cointelegraph Italia reports on Jan.24.The amendment, known as the “Decreto semplificazioni,” has been approved by the Senate committees of Constitutional Affairs and Public Works yesterday, Jan.23, and reportedly represents the first regulatory move in the blockchain space by the Italian government.The… Yahoo! Japanese Cryptocurrency Exchange Taotao Confirms May 30 Launch Japanese cryptocurrency exchange Taotao will launch its trading service on May 30, Cointelegraph Japan reported Monday, quoting a social media update.Taotao, which is 40% owned by internet giant Yahoo! Japan’s YJFX, will initially offer trading in bitcoin (BTC) and ether (ETH).Margin trading will also be available in litecoin (LTC), XRP and bitcoin cash (BCH) in… Ripple Seems to Be Developing a Blockchain-Based Working Capital Loans Product A recent job listing at blockchain-based payments firm Ripple indicates that it is working on a working capital loan product.

The blockchain-based payment network Ripple recently added a job opening on its official website for a “Director of Product Management, Loans.”The description indicates that Ripple is working on a new loan product to help its… US Congressman Challenges Fed Chair on Threat of China’s Digital Currency United States Congressman Bill Foster (D-IL) has questioned the Chair of the Federal Reserve Jerome H.

Powell on U.S’s central bank digital currency (CBDC) progress at a hearing on monetary policy earlier today.Foster hopes for a digital dollarFoster began his questioning by asking Powell:“Do you think that establishing a digital dollar would help ensure that… Confirmed: BitPay Experienced 3-Hour Bitcoin Payment Outage Major cryptocurrency payment service provider BitPay has confirmed that its service had a temporary outage of Bitcoin (BTC) payments on Dec.22.Bitcoin payments were briefly unavailable for almost 3.5 hours on BitPay as the company was working to fix transaction issues, BitPay Support tweeted Dec.22.According to the information, the service was restored by… Binance CEO CZ Hints at Creation of Fiat-to-Crypto Exchange in Argentina CEO of cryptocurrency exchange Binance, Changpeng Zhao, has hinted at the creation of a new fiat-to-crypto exchange in Argentina in a tweet sent on March 9.The tweet was in reply to a piece published by crypto news website CoinSpice.

The article in question concerned the agreement between the government of Argentina with Binance Labs, the… Waves Platform and The Abyss to Jointly Launch Blockchain-Based Games Marketplace Open source blockchain platform Waves and blockchain game distribution platform The Abyss will jointly launch a blockchain-based marketplace of digital goods and in-game items.In a blog post published on Sept.5, The Abyss revealed its collaboration with the Waves Platform, aimed at the development of a blockchain-powered marketplace of tradable goods and in-game items.The… Gibraltar Stock Exchange’s Blockchain Platform Secures Licence From Financial Regulator The Gibraltar Blockchain Exchange (GBX) has secured a license from the Gibraltar Financial Services Commission (GFSC), according to a company blog post Nov.

22.The GBX was established in July of this year by the Gibraltar Stock Exchange (GSX).The platform first announced its blockchain trading platform in November 2017, aiming to “become the world’s first… Leave a Reply You must be logged in to post a comment.Search.