Dogecoin Most Traded Coin on Coinrule During the Last Bull Market Cryptocurrency Traders choose to trade Dogecoin due to its impressive performance in the last crypto Bull Market. LONDON, UNITED KINGDOM, August 15, 2022 / EINPresswire.com / — Dogecoin (DOGE) performed so well in 2021 that it became one of the most searched cryptocurrencies in…

Dogecoin Most Traded Coin on Coinrule During the Last Bull Market

Cryptocurrency Traders choose to trade Dogecoin due to its impressive performance in the last crypto Bull Market.

LONDON, UNITED KINGDOM, August 15, 2022 / EINPresswire.com / — Dogecoin (DOGE) performed so well in 2021 that it became one of the most searched cryptocurrencies in many parts of the world, even beating Bitcoin (BTC) and Ethereum (ETH).As a result, many investors are jumping head over heels to find out what Dogecoin does.

Cryptocurrencies are almost always designed to be free from government manipulation and control—although, as they have grown more popular, this foundational aspect of the industry has come under fire.The cryptocurrencies modelled after Bitcoin are collectively called altcoins, and have often tried to present themselves as modified or improved versions of Bitcoin.Though some of these currencies may have some impressive features that Bitcoin does not, matching the level of security that Bitcoin’s networks achieve largely has yet to be seen by an altcoin.Dogecoin (DOGE), seen by some as the original “memecoin,” caused a stir in 2021 as its price skyrocketed.The coin, which uses an image of the Shiba Inu as its avatar, is accepted as a form of payment by some major companies.As of July 8, 2022, Dogecoin’s market capitalization is $19.2 billion, and one DOGE is valued at around $0.07 making it the 10th-largest cryptocurrency.

Since the introduction of Dogecoin into the Crypto market and also taking into consideration its impressive performance during the last Bull Run, Oleg Giberstein, Co-founder and COO of Coinrule ( https://coinrule.com/crypto-trading-bots/ ) an automated crypto trading bot platform, commented on the trends they have noticed relating to the coins Coinrule users traded the most during the last Bull market.

Giberstein states: “Coinrule is a crypto trading bot that has, to a great extent, automated the process of Doge trading for its users.A major reason we introduced Coinrule to the market was to enable crypto traders to protect and grow their portfolios during any market condition without the constant need to monitor their portfolios day after day.We have observed the majority of our users trade Dogecoin during the last bull run due to the performance and increased volatility in their price movements compared to other meme coins.This great performance can allow more trades to take place when using our system and this can lead to increased profits when using the correct strategies.While using Coinrule, our users are ahead of other traders who buy and sell Dogecoin manually”.

Giberstein added: “The software can trade based on technical analysis tools; it will never make emotional decisions according to price swings; simultaneously it opens and closes more trades than when traders have to do it themselves.” Dogecoin received a lot of attention after its release, however, not everyone understood why.Even its co-founder stated that the skyrocketing price of Dogecoin was a signal that the crypto market was overheated.In 2018, Traders were blown away by the state of the cryptocurrency space in general that a currency with a dog on it which has not released a software update in over 2 years has a $1B+ market cap, and sure enough, the crypto market suffered a horrible crash a few days later but Dogecoin persevered.

Partly, most likely, due to the fact that it doesn’t require a lot of active management.Partly due to the crypto space recovering tremendously in 2020, Dogecoin has become bigger than it ever was.

The price of Doge at the time of writing was $0.26, a year ago, it was around $0.002, making this a 13,000 percent price increase.Doge took the crypto investing world by storm earlier this year, running up from half a penny all the way to around $0.70 in May.Dogecoin already has become the world’s 10th-biggest crypto by market cap and that’s just through its popularity as a meme coin and as it’s gained some traction as a payment method.For example, the NBA basketball team, the Dallas Mavericks accept Dogecoin.And most recently, AMC Entertainment Holdings said it will soon start accepting Dogecoin for payment.It’s important to note that Dogecoin has strong support from both retail investors and high net worth investors.

These use cases are essential to Dogecoin’s long term success, as high price levels cannot be sustained purely by speculation and retail buying.

The acceptance of Doge by the Dallas Mavericks and Tesla has paved the way for more companies to allow customers to purchase items using this crypto, increasing demand for Doge.Safe to say, Dogecoin has undoubtedly become one of the most popular cryptocurrencies within the broader market.

As a result of Dogecoin’s notable growth, acceptance and performance, there has been a spike in the number of crypto traders who have turned to Coinrule to trade Doge during the last bull run and make higher profits.Cryptocurrency traders have taken advantage of Coinrule’s tried-and-tested strategies to trade Doge in the current market.

These strategies have helped traders protect their profits whilst trading Doge, whilst providing cryptocurrency traders with the advantage needed to make the most of this market.

Doctor testifies Covid is a "bio-weapon" 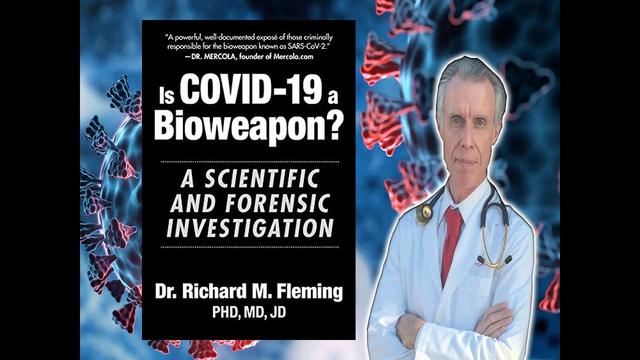