The price of ethereum classic (ETC) has retreated after reaching its highest level since late May at the start of last week.In the meantime, the price of ether (ETH) has also slipped back, pulling other altcoins lower.However, while ETH shed nearly 3% of its value last week, ETC lost more than 10%, outpacing the decline.So,…

The price of ethereum classic (ETC) has retreated after reaching its highest level since late May at the start of last week.In the meantime, the price of ether (ETH) has also slipped back, pulling other altcoins lower.However, while ETH shed nearly 3% of its value last week, ETC lost more than 10%, outpacing the decline.So, what is the difference between ETH, which runs on the Ethereum blockchain, and ETC? And what has been driving the value of ethereum classic so far in 2021? This article looks at the latest developments in the ETC cryptocurrency and the predictions for its price over the long term.Original Ethereum blockchain diverges after split The Ethereum blockchain was launched in 2015 after two years of development by co-founders Vitalik Buterin and Gavin Wood along with Charles Hoskinson and Anthony Di Iorio.Ethereum Classic was created from a hard fork, or split, in the Ethereum blockchain in July 2016 when the blockchain’s participants disagreed over how to respond to a hack of the decentralised autonomous organisation (DAO) that resulted in the theft of 3.6 million ether coins.Ethereum Classic is a continuation of the original blockchain, as it did not revert the blockchain to cancel out the impact of the hack.The participants held to the principle that “code is law”, while what is now the Ethereum blockchain was created by the split.

Miners and exchanges supported both the blockchains, allowing the Ethereum Classic legacy network to continue with ETC as its native coin.The two blockchains have diverged as the Ethereum blockchain moves towards a series of updates to create Ethereum 2.0, including a shift from the proof-of-work (PoW) algorithm to proof-of-stake (PoS) mining algorithm.There are no plans for Ethereum Classic to convert to PoS.There is also no official development team for Ethereum Classic, instead several development groups are working on updates to the open-source code.Recent attacks have affected the ecosystem, prompting blockchain infrastructure research and engineering company IOHK, which was founded by Charles Hoskinson, to launch the Mantis project to roll out upgrades and support the community.Ethereum Classic operates as a smart contract network and can host decentralised applications (dApps).

As the ETC price rises, the rewards miners receive for verifying blocks increases, incentivising more miners to join the network and increase its network security.As activity on the Ethereum Classic blockchain fell, it became more vulnerable to attack.In January 2019, there was a double spend of $1m in ETC on the Coinbase cryptocurrency exchange in a 51% attack, which can only occur if one entity or collective owns at least 51% of the network.Coinbase and several other exchanges paused ETC transactions, and the price dropped in response.ETC price hikes to fresh high in 2021 One ETC was worth $2.08 when the blockchain split in July 2016.The price had fallen to $0.75 by November 2016, where it bottomed out.It then trended higher, accelerating to reach $46 by December 2017.

[#ETC] [@InputOutputHK] [#blockchain] [pic.twitter.com/CPKtGQbFzx] [July 30, 2021] On 24 July, Ethereum Classic executed a hard fork called Magneto to implement a series of features from the Berlin hard fork on the Ethereum blockchain that happened earlier in the year, as these features offered network security enhancements.The ethereum classic price peaked at an all-time high of $176.16 on 6 May this year, then dropped back sharply as the cryptocurrency rally ran out of steam and prices crashed.As with other crypto prices, the market bottomed out on 22 June, dropping to a low of $32.51.

The ETC price rebounded to $62.01 on 30 June but dropped back to a low of $37.95 before starting a new rally.ETC reached $76.94 on 15 August, its highest level since the retreat from the May highs.The price then slipped back to trade between $60 and $70 in the past week, but remained up by more than 1,000% since the start of the year, when it was trading around $5.So, where next for the ethereum classic price? Will it retreat further or climb back to the previous heights? Ethereum classic price prediction: will the price rebound? CoinCodex ’s short-term ethereum classic price prediction suggests the price will drop to $64.66 by 28 August.On 22 August, the site’s technical analysis showed that with the ETC price trading at $67.04, there was support at $65.53 down to $62.14 and resistance at $68.92 up to $72.31.

It’s important to keep in mind that cryptocurrency markets remain extremely volatile, making it difficult to accurately predict what a coin’s price will be in a few hours, and even harder to give long-term estimates.As such, analysts and online forecasting sites can get their predictions wrong.We recommend that you always do your own research, and consider the latest market trends, news, technical and fundamental analysis, and expert opinion before making any investment decisions.And never invest more than you can afford to lose.How to buy ETC coins in 2021 If you are looking to invest in ETC now, you can buy the coin on cryptocurrency exchanges like Binance and Kraken.You can then withdraw the coins to a secure software or hardware wallet for safekeeping.

Alternatively, you can trade ETC using contracts for difference (CFDs) on Capital.com.CFDs allow you to speculate on short-term price fluctuations without having to buy the actual coin.

Trading CFDs offers the opportunity to try to benefit from both bullish and bearish price action.If you expect the ETC price to rise, you can open a long position; and if you think it will drop, you can open a short position.Trade Ethereum Classic to US Dollar – ETC/USD CFD Note that with Capital.com, you can trade ETC not only against the US dollar but also bitcoin (BTC).As a leveraged product, CFDs are designed to maximise gains, which can be large on volatile products such as cryptocurrencies.However, you should be aware that using leverage also increases the size of the loss if the price moves against your position.Make sure you understand how CFDs work and do your own research before you begin, and never invest money you cannot afford to lose.Learn more about cryptocurrency CFDs with our comprehensive guide .Create an account on Capital.com to stay on top of the latest ETC coin news, price analysis and forecasts, and start trading the coin today.

* Note that CFD trading on cryptocurrencies is currently not available in the UK under FCA regulations.FAQ The direction of the ethereum classic price will depend on the way the protocol develops and further adoption, as well as the direction of prices across cryptocurrency markets.

Cryptocurrencies are highly volatile assets, making them riskier than other forms of investment.Whether ETC is a good investment for you depends on your personal circumstances.You should evaluate the level of risk you are prepared to accept before investing and never invest money that you cannot afford to lose.Predictions for the ETC price by 2025 vary, with some forecasters indicating the price will climb above $200, while others expect it to make smaller gains.

Coin Price Forecast is bullish for the long term, predicting the price will reach $373.67 by the end of the decade.Note that forecasts can and do get their predictions wrong.

You should do your own due diligence before investing..

These Are The High-Profile Bitcoin ETF Applications Currently In Play

Sun Sep 19 , 2021
In brief - A number of hopefuls have filed proposals in the U.S.for an exchange-traded fund that would offer exposure to Bitcoin.- To date, the U.S.Securities and Exchange Commission has rejected every application for a Bitcoin ETF.Since the first application for a U.S.Bitcoin exchange-traded fund was filed in 2013, a Bitcoin ETF has become something… 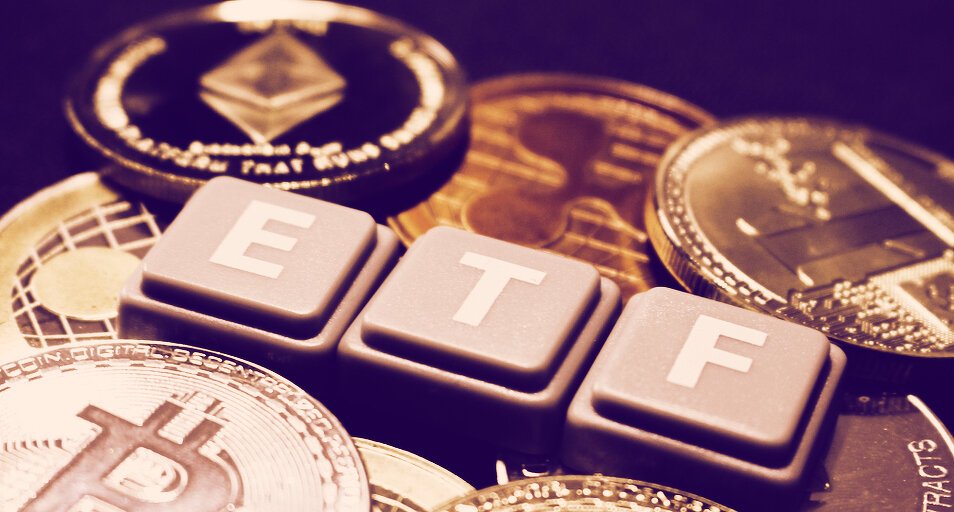