Facebook’s audacious attempt at creating a crypto payments network met an unceremonious end earlier this year when Silvergate Capital acquired the Diem technology assets for $182 million .The deal showcased how Facebook, now Meta, is left with few regulator-blessed paths forward to become a central player in the blockchain ecosystem, a realization which has also… 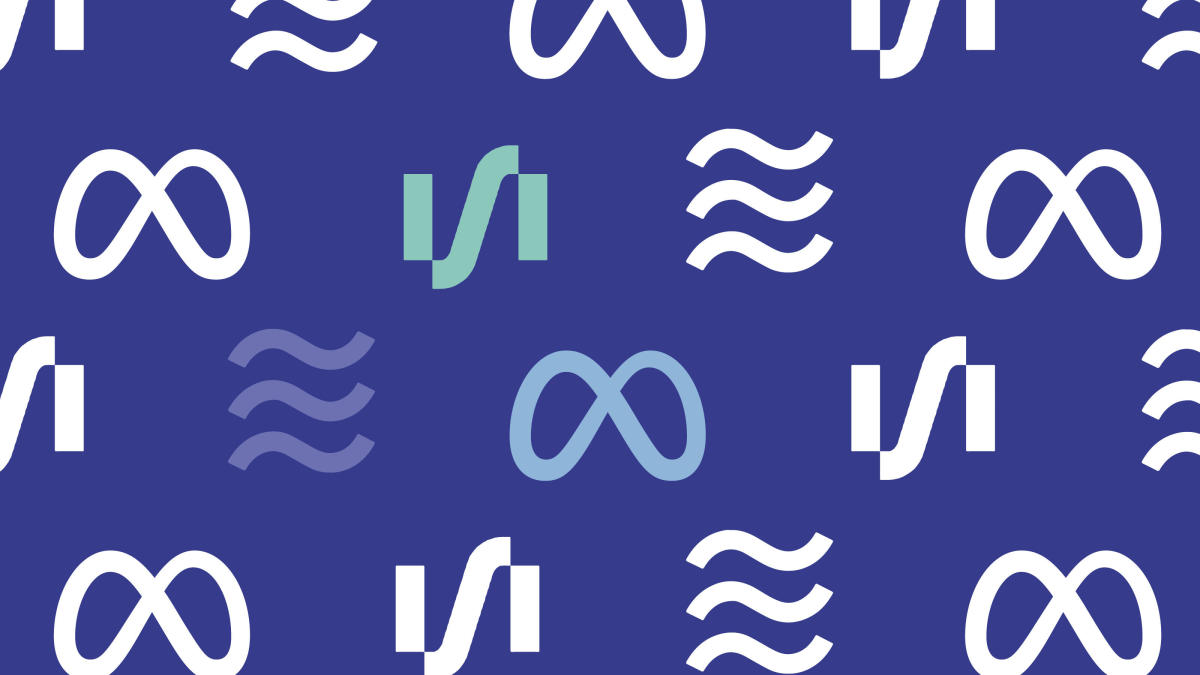 Facebook’s audacious attempt at creating a crypto payments network met an unceremonious end earlier this year when Silvergate Capital acquired the Diem technology assets for $182 million .The deal showcased how Facebook, now Meta, is left with few regulator-blessed paths forward to become a central player in the blockchain ecosystem, a realization which has also cost the company plenty of talent including crypto boss David Marcus .

Some ex-Meta employees are beginning to take up the mantle of the open source Diem blockchain in an effort to realize the vision of a decentralized network that they say is built to serve billions of users and is designed to cater to large corporate customers early-on.One such effort, called Aptos — led by ex-Meta employees who only departed the company in December — has already banked unicorn funding from Andreessen Horowitz and scores of other top web3 investors.

“We are the original creators, researchers, designers, and builders of Diem, the blockchain that was first built to serve this purpose.While the world never got to see what we built, our work is far from over,” Aptos CEO Mo Shaikh wrote in a blog post last month.

The startup tells TechCrunch that it has closed a $200 million “strategic” investment led by a16z with participation from Tiger Global, Katie Haun, Multicoin Capital, 3 Arrows Capital, FTX Ventures and Coinbase Ventures among others.

Another investor of note in the maiden round is Silvergate Capital, though the Aptos team swears they will not be licensing or utilizing any of the Diem IP that Silvergate owns as they build out their blockchain.

The founders did not disclose the valuation, but said they were “well off into the unicorn territory.” (The equity valuation of the round is $1 billion, according to an investor memo obtained by TechCrunch, but after taking into account the tokens, it’s considerably more than that.The Aptos team declined to share the exact figures.)

Story continues The Aptos blockchain will be a so-called Layer 1 system, meaning it will not be designed to sit on top of existing blockchains like Ethereum or Solana and will instead build out its own decentralized network.

Alongside the company’s funding news, Aptos also shared that it has formally launched its “devnet” which will allow developers to experiment and build on the Aptos blockchain ahead of a public release, which the team hopes will happen sometime in Q3.

The Aptos team said a number of companies including Anchorage, Binance, Coinbase, Livepeer, Moonclave, Paxos, Paymagic, Rarible and Streaming Fast are already engaging with the startup, providing feedback and contributing code on devnet.

Aptos is aiming to build a more scalable blockchain with faster transactions and lower fees than today’s mainstream networks allow.The founders’ hope is that they can design a network that is more reliable and predictable for large clients interested in embracing the blockchain.

There are only so many ways to scale blockchains.Proponents of Ethereum and its scaling solutions, for instance, are betting on using rollups and sharding — techniques that break blockchains into smaller pieces and then re-connects them — for scaling.

But some other players believe there’s a better approach to tackle this challenge.

“Current blockchains are just not as reliable as existing financial rails, we’ve seen issues of downtime and outages that last for hours,” said Aptos CTO Avery Ching in an interview with TechCrunch.

“The crypto industry frames this debate in a relatively binary way.But there is nuance.These approaches are not mutually exclusive.While most in the industry have traditionally argued in favor of breaking up the state into many pieces, we have argued in favor of optimizing a single-shard performance to optimize UX, DX, and maximize the design space for composable crypto apps.

While Diem believers like Andreessen Horowitz may rally around a team trying to pick up the mantle of what Facebook was trying to build with Diem and Libra, others in the crypto world are more skeptical about realizing a vision of web3 originally conceived by Facebook.

“To be clear, we have no formal relationship with Facebook and no investment from them,” Shaikh told TechCrunch in an interview.

“We’re certainly excited about a shared vision for the web3 world.A good thing about us being external is that we can focus on everyone now, we don’t have to just focus on Meta.Our goal is to work with some of the world’s largest brands and tech companies to really build a web3 ecosystem for the masses.”

Another challenge/opportunity lying ahead of Aptos is just how quickly it is able to attract developers.The firm is hoping to win developers in part with the use of Move, an open source programming language developed by Meta.

“Move is designed for safe resource management, it’s deterministic and metered,” said Ching, noting that the language is suited for strict auditing and verification processes.

“Second, our team has developed the lowest latency optimistically responsive Byzantine Fault Tolerance protocol that we have done extensive testing and auditing on for many years.We are actually on the fourth iteration of this protocol and we have pushed upgrades to the protocol,” he said, claiming that on private net testing over the years, the protocol has had no downtime.

In a statement to TechCrunch, Multicoin Capital’s Samani added: “The Move programming language has been thoroughly battle tested and is a great environment for building safe, production-grade contracts capable of serving billions of people.We fully expect Aptos to hit the ground running and to immediately become a viable contender in the battle for Layer 1.”

To make things more enticing for developers, Aptos is considering different paths for their Ethereum and Solidity support on its network.

“I have a very close relationship with the Ethereum community.It’s clear that it’s a multi-chained world: people have built bridges, solutions that are either solving for scalability or are able to from one L1 to another in the pursuit for the larger markets,” said Shaikh, who previously headed strategic partnerships for Meta’s wallet Novi.

“We want to be part of that ecosystem.

We’re not here to necessarily compete.We want to complement [them] and the challenges [the community faces] — whether it’s something like the wormhole event that took place — give us clear indication that things have to be built responsibly from the ground up,” Shaikh added.

“Feedback that we’ve heard from Solidity and Ethereum developers is that they are running up against limitations, they are running up against challenges where you have to spend hours on auditing your smart contracts.There’s only so much capacity that smart contract auditors have today.Those things continue to become pain points.They are looking for other L1s to build on top of natively rather than just porting over assets or going through bridges because that often compromises security.”

Facebook announces Libra cryptocurrency: All you need to know.

Wed Mar 16 , 2022
Federal Reserve to begin risky pursuit of a 'soft landing' The Federal Reserve on Wednesday will launch one of the most difficult tasks a central bank can attempt: Raise borrowing costs enough to slow growth and tame high inflation, but not so much as to topple the economy into recession By CHRISTOPHER RUGABER AP Economics… 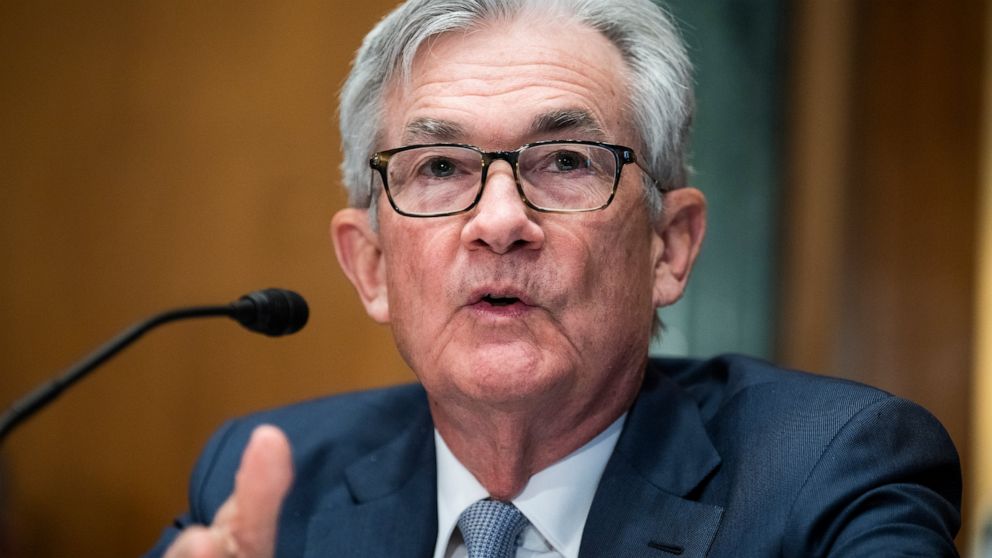