While other middle school students across North Texas were making plans for winter break, one 13-year-old was locked inside an Irving hotel room last November and repeatedly raped in exchange for cash.Now this Jane Doe’s story is at the heart of a just-announced indictment against the owner of CityXGuide, a website that the feds allege… 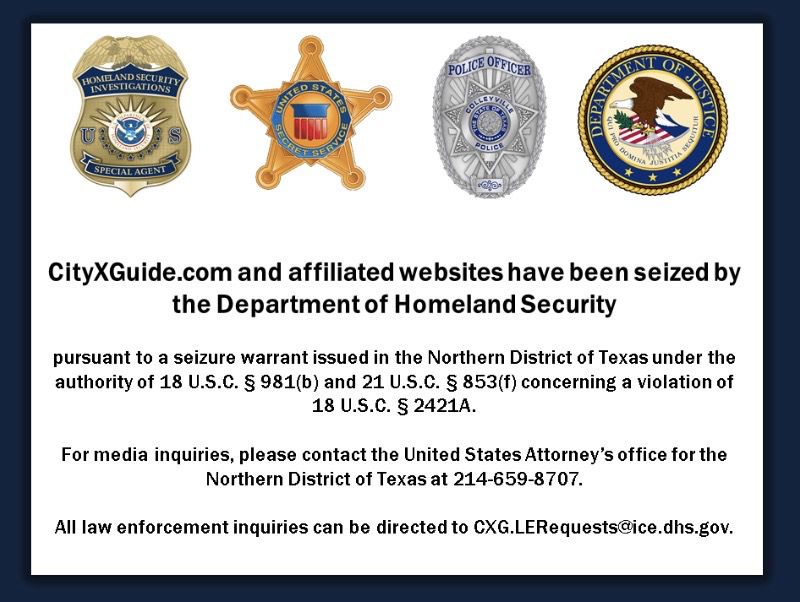 While other middle school students across North Texas were making plans for winter break, one 13-year-old was locked inside an Irving hotel room last November and repeatedly raped in exchange for cash.Now this Jane Doe’s story is at the heart of a just-announced indictment against the owner of CityXGuide, a website that the feds allege launched the day after they shut down the notorious Backpage site and quickly became the leading source of online advertisements for prostitution and sex trafficking.
The details of the young teen’s story will make you sick to your stomach, but you need to read them.Only then will you have an inkling as to why the latest move by U.S.Attorney for the Northern District of Texas Erin Nealy Cox to thwart sex trafficking matters so much.
Law enforcement agents reported that when they rescued the young teen in November 2019 from the hotel, on State Highway 183 not far from DFW International Airport, she was dressed only in a zippered hoodie.No pants or undergarments.
Agents say surveillance video obtained from the hotel, which cooperated in the investigation, indicated that earlier in the day she was subjected to so-called “quick visits” — traffickers’ slang for sex with three men in rapid succession.
The 13-year-old, who was reunited with her family at their North Texas home after her rescue, told officers that traffickers had threatened to shoot and kill her if she ever so much as talked to police.

A 34-year-old man was arrested in the case and charged with child sex trafficking; if convicted, he faces 15 years to life.
The bigger victory came Friday, when the U.S.

Attorney’s Office announced it had shut down CityXGuide.com and charged the site’s owner, Wilhan Martono, in a 28-count indictment.
U.S.Attorney for the Northern District of Texas Erin Nealy Cox says, “DOJ didn’t stop with Backpage, and we’re not going to stop with CityXGuide.” (Brian Elledge / Staff Photographer) The feds say CityXGuide, on which the North Texas 13-year-old and thousands more like her had been exploited, had operated since Martono registered it April 7, 2018.That happens to be the day after they seized Backpage, a classified advertising website that had become the world’s largest online site for buying and selling sex.
According to the indictment, users described CityXGuide as “taking over from where Backpage left off.”
Nealy Cox and her office shared with me the story of the 13-year-old’s rescue and details of Martono’s arrest during interviews this week.
“DOJ [the U.S.Department of Justice] didn’t stop with Backpage, and we’re not going to stop with CityXGuide,” Nealy Cox said as she assessed what’s in store for the North Texas Trafficking Task Force.

“If you are going to facilitate exploitation online, we’re not going to hesitate to seize your site and bring charges against you.”
Online operations like CityXGuide have made it easy for pimps to move young women off the streets and advertise them in the internet’s shadows.That 13-year-old “can’t be victimized if there’s not a pimp that recruits her and if he doesn’t have a good way to advertise her,” Nealy Cox said.That’s why her office is intent on getting rid of both the pimps and their advertising venues.
According to the federal indictment, CityXGuide was the hub of a network of connected websites that have posted hundreds of thousands of prostitution advertisements and generated tens of millions of dollars in prostitution-related revenue.
The indictment says the sites allow “promoters” — more accurately, pimps and brothels — to post and pay for prostitution ads, which generally include photos of women partially or fully nude, along with intimate physical descriptions, a list of graphic sexual services and contact information
Advocates who support the decriminalization of prostitution are correct when they point out that sex work and sex trafficking are not synonymous.The sex trade is a complicated spectrum of choice, circumstance and coercion.
The federal indictment indicates that CityXGuide’s ads veered to the extreme — sex trafficking that involved force or coercion of women.
Surveillance video from Arya Inn & Suites, the Irving hotel that cooperated in a sex trafficking investigation involving a 13-year-old, was instrumental in arresting a 34-year-old man in connection with the case.

Pool / Staff Photographer) Dallas was listed among the handful of “Favorite Cities” on the CityXGuide homepage.Reading some of the headlines — especially when I considered how many more 13-year-olds might be involved — left me wishing these perps would crawl back under their rocks and never again find their way out.
The details in the indictment indicate what a mockery CityXGuide made of its “terms of use” policy.Photographs and services were in plain view right alongside language that purported to prohibit those very things.
The feds, led by Nealy Cox’s office in partnership with Homeland Security Investigations, allege that Martono is the creator, owner, manager and operator of the websites and that ads had to be purchased with the cryptocurrency Bitcoin or gift cards from establishments such as Walmart, Target, Best Buy, Home Depot, Bed Bath & Beyond, Lowe’s, Amazon and Sephora.
The indictment maintains that Martono has earned more than $21 million from his website and used any number of cyber tricks and a third-party gift card reseller to shroud the money transfers.
When the feds went to arrest the 46-year-old Wednesday at his house in Fremont, Calif., they had to eventually breach the door when he failed to answer.

The officers reported that about six minutes elapsed between their initial knock and finding him in his third-floor home office.
When they searched the house, documents show they found two laptop computers still powered on and stashed in a box marked “wedding favors” in the attic.
As of this week, Martono was represented by assistant federal public defender Sophia Whiting in San Francisco.I left two messages for Whiting but have yet to hear back from her on Martono’s reaction to his indictment.

His extradition to Dallas is underway.
Martono is being prosecuted under a relatively new federal law, reckless disregard of sex trafficking, which was put in place after the long-running Backpage scandal and allows the federal government to prosecute websites that facilitate sex trafficking — even when their ads are posted by users.
The charges against Martono include one count of promotion of prostitution and reckless disregard of sex trafficking, one count of interstate racketeering conspiracy (facilitating prostitution), nine counts of interstate transportation in aid of racketeering (facilitating prostitution) and 17 counts of money laundering.
The CityXGuide case, which sent an unwelcome shock wave through its seedy online community, reflects almost two years of work by Nealy Cox’s office, which operates in a state that serves as a human trafficking hub.
A recent University of Texas at Austin study estimated there are more than 300,000 victims of this crime in our state; almost 79,000 of them are minors and young people under age 24.
The Dallas Morning News Editorial page deserves a lot of credit for consistently educating North Texas about the extent of this problem and advocating that law enforcement go after the traffickers and buyers, treating the sources of supply and demand most harshly.
Nealy Cox’s work reflects a similar bent.“It’s just heartbreaking when you hear the story” of the 13-year-old and realize she’s just one of so many “vulnerable victims that the bad guys hold and groom and use in this way,” Nealy Cox told me.
The young teen rescued in Irving got lucky because, like the vast majority of victims, she didn’t make the outcry that led to her freedom.Nealy Cox said each case is different but the reasons for not seeking help are generally the same: The young women feel they have no place else to go.They are ashamed.

They fear they will be arrested.
That makes Nealy Cox even more determined to get the message out that, especially with the support of local nonprofits committed to helping trafficking victims, these adolescents, teens and even adults can find a better path.
She noted that judges in Texas are increasingly amenable to approving restitution for victims in cases in which the defendant boasts significant assets.That can make all the difference in helping young women get back on their feet and cover needs such as housing, counseling and support for their families.
“I expect restitution to the victims will play out in a very interesting way in this [CityXGuide] case,” she said.
Throughout our conversation, Nealy Cox repeatedly credited her entire team for the office’s success against sex trafficking — a team willing to dig in, to look beyond the stereotypes and old ways of doing things and to understand the nuances of the victimization.
“We don’t intend to stop with CityXGuide,” she told me.“We have to keep going after these cases that have big impact.That’s how we protect our community and protect that 13-year-old girl.”.

This is one of the world's foremost virologists named Stefan Lanka. In 2011 he…

Sat Jun 27 , 2020
https://uploads.disquscdn.c... This is one of the world's foremost virologists named Stefan Lanka. In 2011 he offered a € 100,000 reward (out of his own wallet!) to EVERYONE for providing proof of existence (Real PHOTO, not some CGI graphic or computer model) and a scientific way determining the size of the measles virus, that, according to… 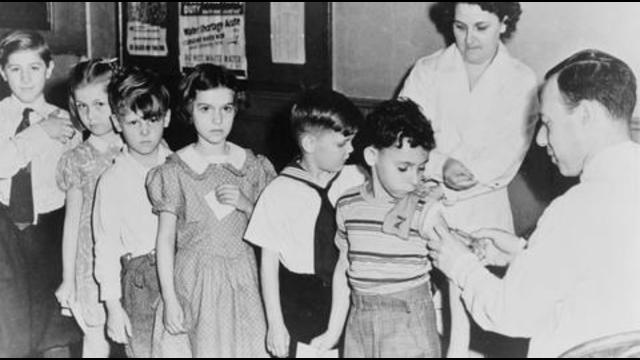