Blocked Unblock Follow Following Futurist that wrote 750 LinkedIn articles on tech, future of work and future of retail. Help me write on Medium: www.patreon.com/michaelkevinspencer Mar 12 Here’s How Litecoin overtakes Bitcoin, and Amazon is the Key Oracle Times What if Amazon and Litecoin (LTC) paired up? It would change the crypto market forever. Amazon…

Blocked Unblock Follow Following Futurist that wrote 750 LinkedIn articles on tech, future of work and future of retail. Help me write on Medium: www.patreon.com/michaelkevinspencer Mar 12 Here’s How Litecoin overtakes Bitcoin, and Amazon is the Key Oracle Times What if Amazon and Litecoin (LTC) paired up? It would change the crypto market forever. Amazon as a Tech company and everything store , is perhaps the only thing Millennials trust more than investing in cryptocurrencies. We’ve now reached a point where Big Tech will race to adopt them and it could change the future of banking and payments. KAKOA ADOPTING CRYPTO IS A HUGE SIGNAL With Kakao, South Korean’s largest messaging and fintech platform getting into cryptocurrencies and Telegram approaching an ICO at lightspeed, Amazon and Facebook have to move fast to keep up.

Kakao has market penetration rate of over 90 percent with a multi-app empire in South Korea, that’s like the WeChat (Tencent) of China. With Bitcoin plummeting and the cryptocurrency market cap eerily at almost half of what it once was , it seems as if Bitcoin’s reign as a medium of exchange appears to be coming to an end. Litecoin is most likely to take its place.

While Ethereum and Ripple allow us to see the Blockchain come to life with laser-focused proprietary blockchains, hard forks and diversification means we are seeing a bifurcation of what cryptocurrencies could become. As companies like coinbase rapidly expand and Bitcoin’s price does not seem to be rebounding easily above $10,000, there’s a tension in the air. Amazon for many analysts, still holds the key for being the platform in the best position to adopt their use in some form. Amazon after all has demonstrated foresight in tech with Alexa smart speakers, ebooks, kindle and convenience like same-day delivery. Litecoin is the more agile Bitcoin, without the weird karma, and it’s the cryptocurrency that makes the most sense for Amazon to adopt along with Stellar.

Bitcoin is not scalable and as a first-move will not likely be ever more than a kind of digital gold. 2018 should therefore be the year for Ripple and Litecoin to both make significant progress. LITECOIN WILL OVERTAKE BITCOIN SOONER THAN YOU THINK Litecoin overtaking Bitcoin is now inevitable, and no longer a question of how, but just a matter of when. Amazon adopting Litecoin would immediately legitimize cryptocurrency as a valid means of transactions. Bitcoin was born out of the ashes of 2008, and was the first cryptocurrency to be traded a full eight years ago in March 2010, and while it’s often credited with bringing blockchain technology into the spotlight it’s now widely understood more sophisticated cryptocurrencies are slowly untethering themselves from BTC’s volatility and as a speculative digital asset of value. CRYPTOCURRENCIES SET TO BECOME PART OF CHAT-APPS As more Technology companies and payment apps adopt crypto integrations, cryptocurrencies such as Litecoin have the most potential to start to have mainstream implications as a digital means of exchange and enter our lives as ubiquitous (if digital) forms of payment.

Litecoin among all the cryptocurrencies might have the most potential to become a simplistic form of digital exchange. AMAZON IS LIKELY GEARING UP FOR CRYPTO INTEGRATION INTO ITS WALLET AND AMAZON PAY Litecoin should stay in the conversation as being the cryptocurrency most likely to be picked up by Amazon. Adopting Litecoin would provide an added customer experience to Prime members and as Amazon has embarked on partnerships with Wall Street banks to open an alleged checking account with its branding, adopting an established cryptocurrency such as Litecoin could legitimize the future of the cryptocurrency market like never before.

Amazon could integrate Litecoin exchanges with QR codes just like WeChat made payments so common in China they ended the reign of cash. With the advent of LitePay in 2018 , this would be the right time for Amazon to adopt it on its platform in some form of beta. LitePay is basically a Litecoin payment system that became available in 41 countries on Monday, February 26, 2018. LITE PAY MAKES LITECOIN MORE APPEALING TO RETAIL ADOPTION LitePay is basically the proof of concept that without intervening transfer to fiat, cryptocurrencies could be adopted faster than we previously imagined they would. If smaller merchants start to adopt LitePay, Amazon could very well swoop in and either acquire Litecoin or fully integrate it into its own wallet. What if AmazonPay had a LitePay option? This would help it compete with the likes of WalmartPay and compete directly with Apple Pay and GooglePay. GooglePay is basically the new version of Android Pay and Google Wallet. LitePay is basically a crypto to fiat intermediary that could protect tech companies who decide to adopt a cryptocurrency to add customer experiences and help onboard crypto enamored Millennials on to their platforms and services.

If Amazon doesn’t go the crypto route soon, there is some chance Facebook and others will. However only Amazon’s adoption of a cryptocurrency or its own altcoin would truly legitimize the Crypto Singularity since the Bitcoin hype of 2017 has died down somewhat in the first half of 2018. ASIA MORE HONEST ABOUT CRYPTO SINGULARITY The Chinese central bank’s governor, Zhou Xiaochuan, in his recent press conference basically admitted cryptocurrency not only could , but will eventually overtake fiat currencies , in terms of usage and importance.

P. Morgan calling crypto a “risk factor” look pretty subdued. The Crypto price depression of early 2018 is due to regulation and a rise in fraud activities, but cannot last forever. Amazon integrating the use of cryptocurrency payments into its platform seems almost inevitable given their rise in popularity and blockchain’s more significant manifestations.

The most simple, seamless, most secure and cheapest forms of exchange will win. Litecoin’s founder Charlie Lee last in 2017 has to quell rumors of Amazon integration once already.

Litecoin obviously has many advantages over Bitcoin ever being adopted, with nows appears low to nil. Litecoin is the silver Bitcoin, with a simpler algo and 4-times the lifetime cap with faster block gen. A typical bitcoin transaction takes longer than an hour to process, with fees of around $28, that’s just not going to fly on chat-apps and for digital exchanges. LITECOIN MOST LIKELY TO BE INTEGRATED INTO AMAZON In terms of processing times Litecoin can do around 56 per second. Litecoin also has implemented an upgrade to its blockchain known as Segregated Witness, or “SegWit” for short. This means Litecoin can now with SegWit added, handle more merchants and transactions, as well as improved processing speeds and lowered transaction fees.

Litecoin appears to have a clear path to becoming the go-to medium of exchange over time, and Amazon’s adoption of it would completely break open crypto into the Western psyche of retail transactions and utility. While Western audiences are well behind Chinese consumers in mobile commerce and mobile payments, Amazon needs to radically alter its payments to create differentiation between the fragmented payments and mobile payments market in the U.S. and Canada. Amazon adopting a some form of cryptocurrency seems highly probable. Where we stand now in 2018, Litecoin just makes the most sense.

What are ERC-20 Tokens? A Beginner’s Explanation

Sun Apr 8 , 2018
2 Comments Last updated on March 14th, 2018 at 10:53 am Initial Coin Offerings (ICOs) have become extremely popular ways to raise funds while avoiding the regulatory restrictions of fiat financing. In 2017, ICOs raised around $6.5 billion. And as of March 2018, they’d already raised $2 billion this year. The majority of ICOs are… 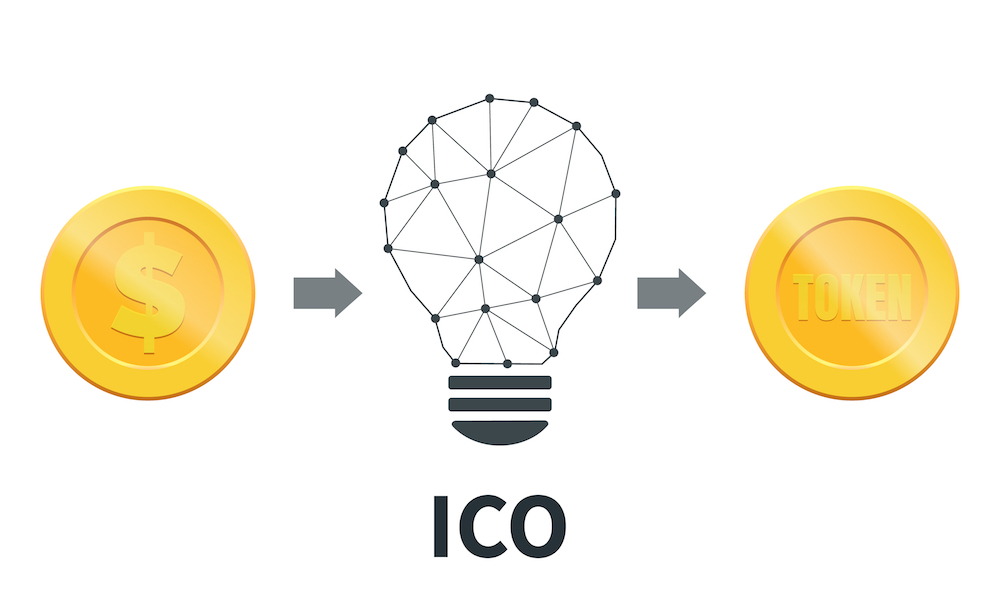