Although China remains, by far, the leading region for bitcoin mining, the coronavirus downturn is changing the picture in other geographies. According to Thomas Heller, business director of one of the world’s largest bitcoin mining operations, F2Pool, market dips have made it unprofitable for some bitcoin (BTC) miners with older machines to operate. “We lost… 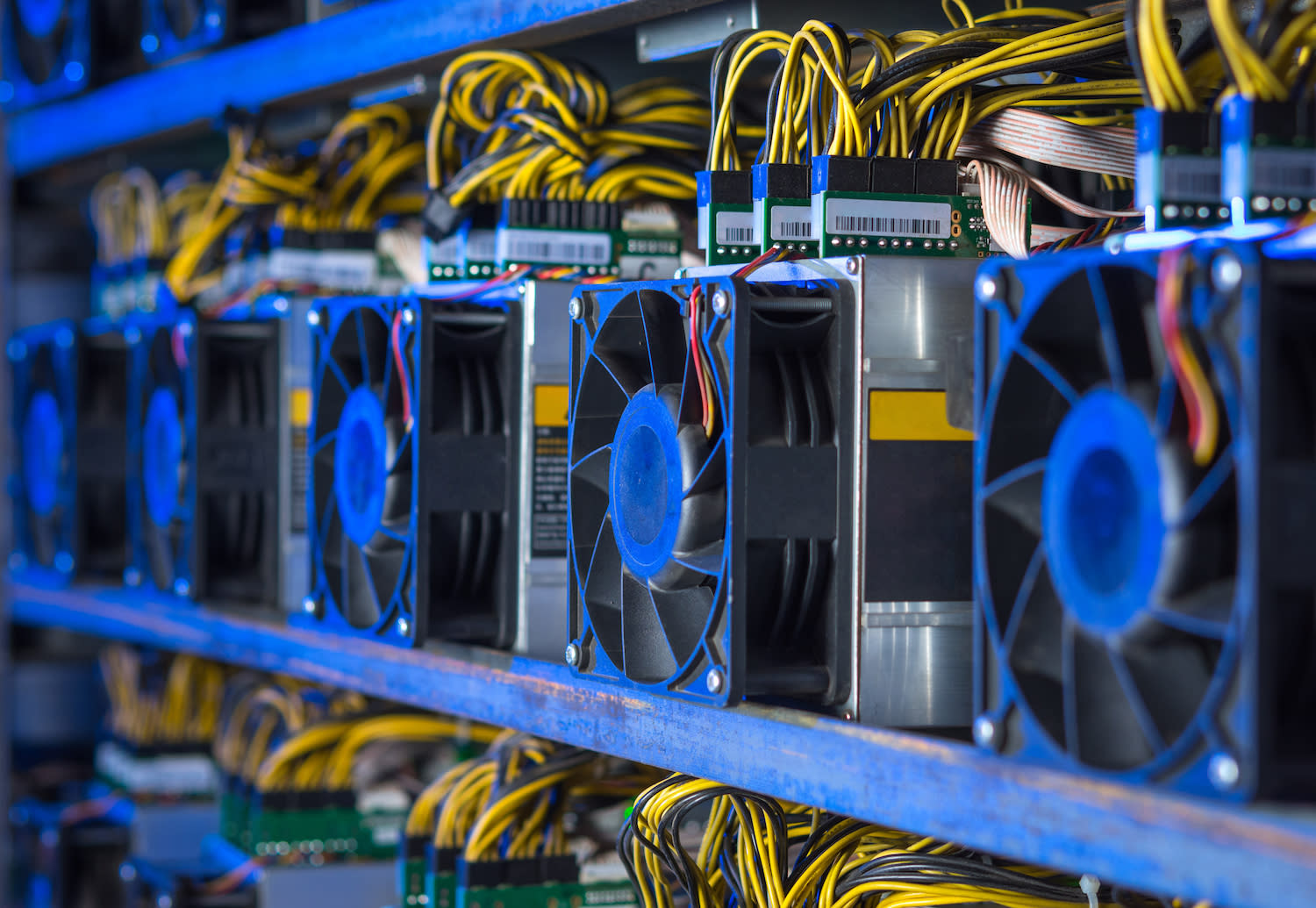 Although China remains, by far, the leading region for bitcoin mining, the coronavirus downturn is changing the picture in other geographies.
According to Thomas Heller, business director of one of the world’s largest bitcoin mining operations, F2Pool, market dips have made it unprofitable for some bitcoin (BTC) miners with older machines to operate.
“We lost 10 percent of our bitcoin hashrate from our clients, for some of our competitors it was closer to 30 percent,” Heller said, referring predominately to miners across Asia and Europe.
Related: Bitcoin’s Lightning Becomes Latest Protocol to Court Publishers With Micropayments
Mining operations in North America have also been impacted.Upstream Data founder Steve Barbour, who operates bitcoin mines on oil fields in Canada, said fewer companies are allocating resources to experiment with bitcoin, at least so far.
“Pretty much every Canadian oil producer is basically telling their staff to do nothing and spend no money, and we’re a service provider for those companies,” Barbour said.“We were growing, month by month.This month is flat and I’m expecting next month to be down.”
Likewise, the California-based Digital Farms is closing up shop until the price of bitcoin resurges and makes mining more profitable.
See also: Bitcoin Halving, Explained
Related: Bitcoin’s Recent Recovery Won’t Salvage a Terrible Month for Prices
Meanwhile, the coronavirus crisis is hindering the global hardware supply chain.
One anonymous bitcoin miner in Iran said his operations stalled because the sector hasn’t been able to get new equipment into the country.

Leading bitcoin miner manufacturers in China started reporting coronavirus-related delays in late January .Although some global shipments have resumed, other supply chains remain backed up.
Plus, due to the upcoming decrease in mining rewards called the halving , some mining operations are shutting off, at least temporarily until prices make their efforts lucrative again.
Heller estimated Chinese miners still contribute roughly 60 percent of the global hashrate, followed by Russia with 15 to 20 percent and North America with roughly 15 percent.Iran’s hashrate share is difficult to quantify due to a lack of official statistics.
Russian miners haven’t been hit as hard by the coronavirus market dip, partially because the Russian ruble was already in dire straits.
The Russian mining operation Bitriver said at least one client moved operations from China to Bitriver’s Siberian facilities earlier this month.A second Iranian bitcoin miner, whose operations are stalled due to tax conflicts, hypothesized many Iranian mining operations will eventually follow suit and move to Russia if the regulatory climate doesn’t improve in Iran.
See also: Can Bitcoin Survive the Climate Change Revolution?
Perhaps ironically, the bitcoin mining industry in Iran is dwindling despite domestic demand from retail users .

Sources on the ground in Iran, once home to a thriving mining industry, say the Middle Eastern nation is no longer hospitable to crypto entrepreneurs.
An anonymous mining pool manager in Southeast Asia said many Iranian miners are looking to move their operations to Russia or “other places with cheap power” since the Iranian government is now proactively focused on taxing mining operations.
As well-resourced Chinese companies build new setups ahead of the bitcoin halving in May, certain geographies could see an uptick in hashrate share.
“Chinese miners are trying to sell large quantities of older S9s [mining machines],” Heller said.“With potential buyers particularly in Russia, the Commonwealth of Independent States region [post-Soviet republics in Eurasia] and the Middle East.”
Anna Baydakova contributed reporting.
Related Stories Mt.Gox Deadline Extended Again After Creditors Criticize Refund Proposal Bitcoin Follows Stock Markets Higher; How Long Will They Move in Lockstep?.

Wed Apr 1 , 2020
As economists scramble to assess the devastating impact of the coronavirus, they’re homing in on an unexpected hero that’s mitigating the damage in the U.S.: remote working. With offices across the country closed and people stuck in their homes, many professional workers have accomplished a not-seamless but ultimately successful transition to online workplaces — allowing… 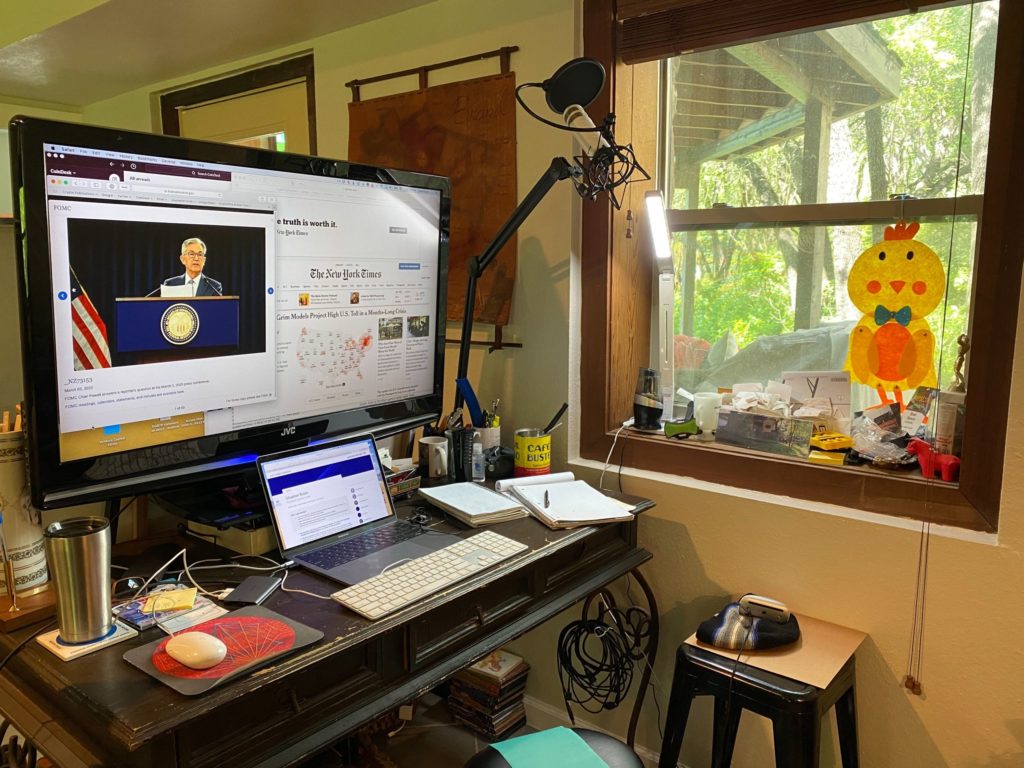