Submit Blog Israeli Draft Bill Would Nix Hefty Capital Gains Taxes on Bitcoin Israeli Draft Bill Would Nix Hefty Capital Gains Taxes on Bitcoin
Sep 24, 2020 at 21:21 UTC
Israeli bitcoiners take note: a handful of Knesset members are seeking to ease Israel’s hefty taxation of cryptocurrencies.
Four Knesset members from the nationalist Yisrael Beiteinu party on Tuesday introduced a draft bill that would effectively end Israel’s 25% capital gains tax on bitcoin by redefining certain “distributed digital currencies” as currency, instead of a taxable asset.The proposed re-designation applies to cryptocurrencies with: a distributed issuance network, a 1 billion shekel ($288 million) market cap or more, a general use purpose and an independent origin story.Bitcoin and certain other cryptocurrencies meet these criteria, according to the bill authors: Oded Forer, Evgeny Sova, Yulia Malinovsky and Alex Kushnir.“This regulatory clarity will create commercial certainty and allow more digital currencies to enter the Israeli market,” the lawmakers wrote in their proposal.Defining cryptos as currency would simplify Israeli bitcoiners’ tax burden and make qualifying coins a more attractive payment mechanism, according to the measure.The Yisrael Beiteinu party is part of Israel’s parliamentary opposition, making passage unlikely without backing from members of the majority.Forer did not respond to a request for additional comment.

central bank on Wednesday.Federal Reserve Chairman Jerome Powell, speaking before the House Financial Services Committee, said the idea of a digital… Bitcoin Slides Back Below $10K Amid Quick Bearish Sell-Off Feb 19, 2020 at 23:52 UTCUpdated Feb 20, 2020 at 00:29 UTCBitcoin has dipped back below the psychological area of support near the $10,000 level amid a 20-minute bearish sell-off that took the markets by surprise.At around 21:30 UTC on Feb.19, the price of bitcoin (BTC) fell more than 4.5 percent from $10,086 to… Ripple Could Invest Up to $50 Million in MoneyGram in XRP Boosting Deal news Blockchain payments startup Ripple has struck a deal to buy a stake in money transfer giant MoneyGram, the companies announced Monday.Under the deal, according to the Wall Street Journal and Fortune, Ripple will spend $30 million to buy shares at a price of $4.10 apiece.

And in the next two years, MoneyGram has the… Facebook’s Libra Cryptocurrency: A Technical Deep Dive news Facebook announced Tuesday that its highly anticipated cryptocurrency, Libra, will run on a blockchain network secured at launch by 100 distributed computer servers, or nodes.Twenty-eight node-running members are currently on board.

The Libra blockchain will go live in 2020, with the Libra Association – a Switzerland-based non-profit – tasked with leading the cryptocurrency’s… Tether Says Its Newest Stablecoin Is Backed by Gold in Swiss Vault Jan 23, 2020 at 16:25 UTCUpdated Jan 23, 2020 at 16:53 UTCTether says its new gold-backed stablecoin will be pegged to one ounce of fine gold held in a Swiss vault.(Image via Shutterstock)Stablecoin issuer Tether is launching a new token backed by physical gold.Tether Gold “represents ownership of one troy fine ounce of physical…. 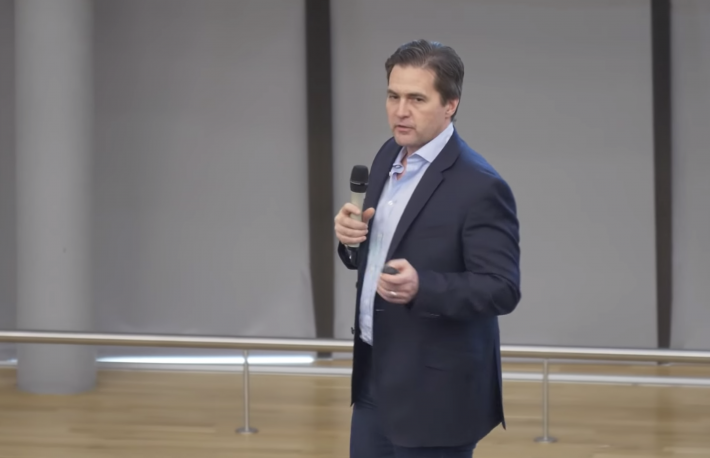