Democrats and Republicans both see the wage boom as a positive development from the labor shortage.Record-high quits and slow hiring forced businesses to raise wages at the fastest pace in decades.While members of both parties back the gains, some have concerns around inflation and productivity.Get a daily selection of our top stories based on your…

Democrats and Republicans both see the wage boom as a positive development from the labor shortage.Record-high quits and slow hiring forced businesses to raise wages at the fastest pace in decades.While members of both parties back the gains, some have concerns around inflation and productivity.Get a daily selection of our top stories based on your reading preferences.

Email address By clicking ‘Sign up’, you agree to receive marketing emails from Insider as well as other partner offers and accept our Terms of Service and Privacy Policy .The labor shortage has, for the most part, been another source of partisan disagreement.

Democrats say it gives workers much-needed bargaining power, while Republicans have raised concerns around small businesses struggling to get back on their feet.

Yet members of both parties agree on one thing: Wage gains made during the shortage have been welcome and long overdue.

In a year filled with new COVID-19 variants and historic inflation, wage growth through 2021 was surprisingly strong.

The Employment Cost Index — a broad measure of US wages — rose 1.3% for all workers in the third quarter, the largest three-month jump in data going back to 2001.The December jobs report suggested the hot streak lasted through the end of the year, with average hourly earnings climbing 0.6% last month and roughly doubling the monthly gains made before the pandemic.

Democrats were quick to cheer the trend when it emerged in early 2021.President Joe Biden urged employers seeking scarce workers to ” pay them more ” if they wanted to hire faster.

The president reiterated his stance on January 7, saying recent wage gains and record-high worker quits were signs of a strong labor market, not a faltering recovery.

“They’re moving up to better jobs, with better pay, with better benefits,” Biden said.”This isn’t about workers walking away and refusing to work.It’s about workers able to take a step up to provide for themselves and their families.”

Many Republicans agree, albeit with slightly different verbiage.For Rep.

James Comer of Kentucky’s 1st Congressional District, the rally in wages is simply the free market sorting things out.

“We’ve seen low-wage appreciation without the government having to come in and raise the minimum wage through more rules and regulations by sector,” he told Insider .

Comer’s state is among those hit hardest by the shortage.Data out Friday showed Kentucky had a job-opening rate of 6.8%, one of the highest in the country.

The state is also struggling with an unusually high quit rate of 4.2%.

Rep.John Yarmuth, another Kentucky representative and the state’s only Democrat in Congress, echoed Comer’s comments in an interview with Insider’s Joseph Zeballos-Roig.While Yarmuth said he still supported a higher minimum wage, he said the labor shortage was “taking care of a lot of that.” It’s hard for employers in Kentucky’s 3rd Congressional District to hire anybody for $11 or $12 an hour, he said, adding: “It’s now very much a pro-worker environment.”

Still, some Republicans aren’t convinced the free-market explanation is so clear-cut.Wages have risen to decade-high rates but so has inflation .The majority of workers are “still losing money every time” they go to the grocery store because of higher prices, Sen.

“I don’t think it’s just the free market at work.You can’t have a shock to your economy like we have had with the pandemic and not have it change things,” Kennedy said.”And we don’t even know yet ultimately what those changes are going to be.”

Ron Wyden of Oregon told Insider on Wednesday.Raises look good on paper, but they can play a role in driving inflation higher if the rest of the economy isn’t keeping up.So long as wage gains are linked to higher productivity, “that’s a very good thing,” Wyden said, adding that factoring in productivity “is what I’ve been trying to do” when monitoring the labor shortage.

Productivity — as measured by output per hour — soared through the pandemic as businesses learned how to operate with fewer workers.

Wage growth and productivity are, so far, moving in harmony , according to Federal Reserve Chair Jerome Powell.Those developments helped keep rising wages from being “a big part of the high inflation story,” he said in a December 16 press conference.If productivity stays strong, the wage boom can continue without plunging the US into a new inflation nightmare, he added.

“If you had something where real wages were persistently above productivity growth, that puts upward pressure on firms and they raise prices,” he said.”It would take something that was persistent and material for that to happen, and we don’t see that yet.”

Inflation is wiping out pay increases for most Americans

Mon Jan 24 , 2022
Ty Stehlik, who works the front desk at a hotel in Milwaukee, pleaded for a raise all through the pandemic - and finally got an extra $1-an-hour in the fall to make $15. But higher prices for rent and food have completely negated that 7% bump.Stehlik, who identifies as nonbinary, says they're still relying on… 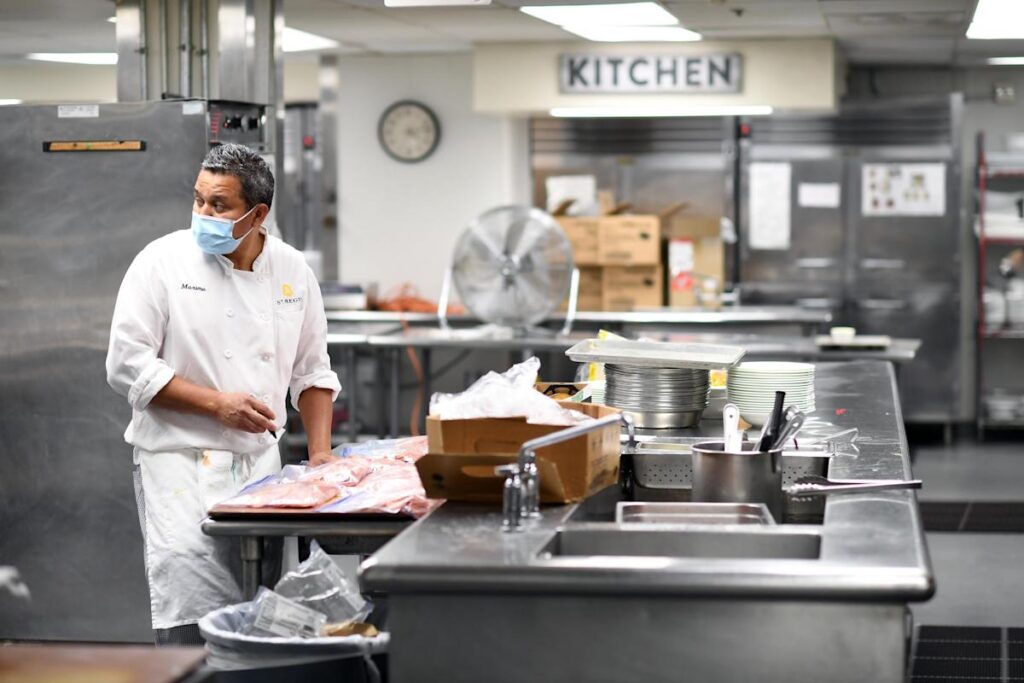