It sounds like something out of a sci-fi movie — metallic orbs that scan people’s eyes to pay them in digital currency.That’s what tech investor Sam Altman has been working on for his new start-up, a company called Worldcoin.Launched out of “stealth” on Thursday, Worldcoin promises to hand out free cryptocurrency to people who verify… 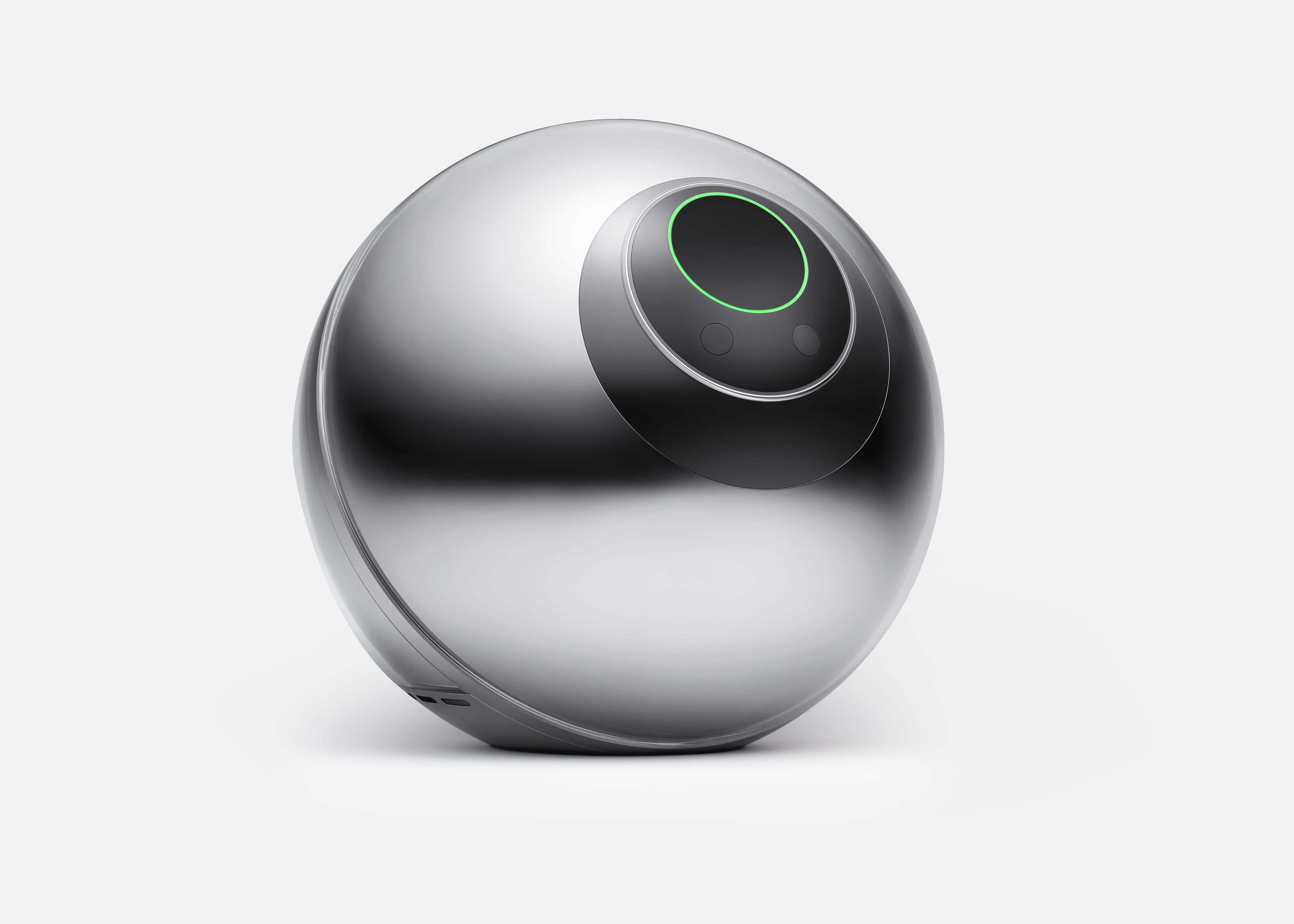 It sounds like something out of a sci-fi movie — metallic orbs that scan people’s eyes to pay them in digital currency.That’s what tech investor Sam Altman has been working on for his new start-up, a company called Worldcoin.Launched out of “stealth” on Thursday, Worldcoin promises to hand out free cryptocurrency to people who verify their accounts by taking an iris scan.Worldcoin says it’s already attracted $25 million in funding from Silicon Valley investors including Andreessen Horowitz, Coinbase and billionaire LinkedIn co-founder Reid Hoffman, giving the firm a $1 billion valuation.Altman, CEO of artificial intelligence group OpenAI and former president of start-up accelerator Y Combinator, co-founded the company with theoretical physics student Alex Blania and Max Novendstern, a former investment associate at Bridgewater Associates.The idea seems outlandish at first.

Free money? And all I need to do is have my eyes scanned? It sounds too good to be true.However, Worldcoin’s founders say it’s about expanding the reach of cryptocurrencies — and financial services more broadly — to the masses.Less than 3% of the global population are crypto users, according to virtual currency exchange Crypto.com .”Cryptocurrency is a very powerful thing,” Blania, Worldcoin’s CEO, told CNBC.”It will widen the boundaries of the economy in general and give many people access.” Worldcoin has already shipped its orb-shaped devices to people in 12 countries.Testers get users to sign up by having their iris scanned.

The image is then encrypted and becomes a unique code, while the original data is deleted to protect users’ privacy.Following that, users are given a free share of Worldcoin’s cryptocurrency.”We designed the whole system to be fundamentally privacy-preserving,” Blania said.”The iris code itself is the only thing leaving the orb.

There’s no big database of biometric data.” The company has so far amassed over 100,000 users globally already, and is onboarding 700 more each week.Worldcoin aims to hit 1 billion users by 2023.

Which raises a big question — how exactly is Worldcoin meant to be used? Well, one early feature of the project will be a digital wallet that lets users store their crypto and make payments.But more broadly, Blania hopes to attract developers who can build apps on top of its system; apps “that we don’t see today and that are really hard to build today because very few people hold crypto.” “Network effects are these very coveted things that are incredibly big,” Blania said.

As soon as you suddenly have a billion people and everyday people holding something like that and using something like that, you as an entrepreneur can build completely new things.” One issue Worldcoin encountered early on, Blania says, is ensuring that people aren’t able to cheat the system.He calls this problem “proof of person.” “The only solution for that problem, we found, was to build an orb,” Worldcoin’s boss said.”It’s the most secure and privacy-preserving way we found to prove everyone in the world is unique.” It’s a concept that has parallels to a universal basic income, or UBI, which has been promoted by Altman and several other high-profile figures in tech.

The idea is that, by handing out cash regularly to citizens for free, governments can mitigate the impacts of artificial intelligence and automation on workers.Blania hinted that Worldcoin could be used as the “infrastructure” to carry out UBI at some point in the future.” “I’m personally very excited about UBI over the long term,” Blania said.”I think it’s a very hard thing to implement right now.” “We see ourselves as building this huge network of people where entrepreneurs can jump in and build applications like this.UBI is one of those, but building big financial, global companies is another big one.” Worldcoin isn’t the only far-out project Altman has thrown his weight behind.

In 2018, the millionaire tech entrepreneur paid $10,000 to a start-up called Nectome to have his brain preserved, scanned and uploaded into a computer simulation.Worldcoin has built its system on Ethereum, the blockchain network behind the world’s second-largest cryptocurrency.Blania hopes to tap into a fast-growing trend in crypto known as decentralized finance, or DeFi, which seeks to cut the middlemen out of traditional financial processes like lending and investing.Worldcoin’s launch comes at a time of renewed interest in cryptocurrencies as the prices of bitcoin and other digital coins have surged lately.

Bitcoin, the world’s largest virtual currency, notched a fresh record high above $66,000 on Wednesday, while ether, XRP and other tokens also climbed sharply.Cryptocurrencies have gained a reputation for their involvement in fraudulent activity, with various pump-and-dump schemes duping amateur investors into buying tokens, only for the creators and insiders to make off with millions .But Blania insists Worldcoin isn’t a scam.”We are extremely transparent about everything we do,” he said.

Sat Oct 23 , 2021
Shiraz Ali Khan with his family KOLKATA: Sarod player Shiraz Ali Khan, who is the grandson of legendary musician Ustad Ali Akbar Khan , shut up trolls who took a dig at him for posting photos of Lakshmi Puja celebrations at his residence.Shiraz had married Atrayee Sengupta in January 2020.This is the first year that… 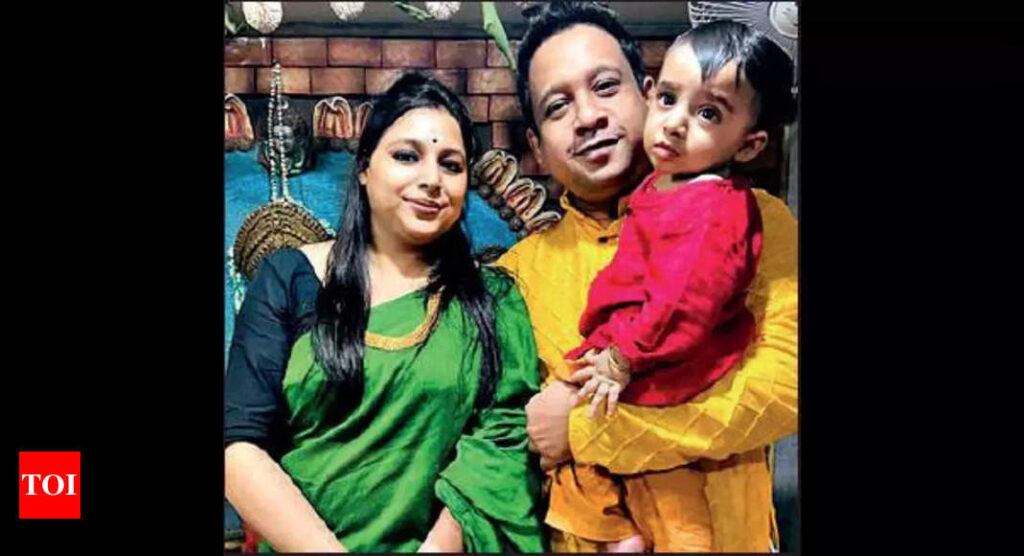