Competition is very high in the cryptocurrency space, with every project or token fighting to take the top position.Among the two competing projects in the crypto space are Solana and Cardano .The two projects have made significant developments over the past few months, and they have each gained a significant number of followers and support…

Competition is very high in the cryptocurrency space, with every project or token fighting to take the top position.Among the two competing projects in the crypto space are Solana and Cardano .The two projects have made significant developments over the past few months, and they have each gained a significant number of followers and support from decentralized finance projects.

Solana and Cardano have different attributes that make them top choices for their respective audiences.

The Solana network is believed to be one of the best performing networks in the crypto market .The network has been working to bring scalability into the cryptocurrency sector.It works using a proof-of-history (PoH) framework integrated into an underlying proof-of-stake (PoS) consensus.

The Solana network was founded by Anatoly Yakovenko, who first started working on a blockchain project in 2017.However, it was not until 2020 that his research and work led to the creation of the Solana network.

A PoS consensus is then added into the framework to leverage for confirmation of the sequence generated from the PoH.

Solana’s network also uses the PoS consensus for voting processes when choosing the next PoH generator code.Moreover, it is also used to penalize the validators that work against the objectives of the network.

As aforementioned, the high speeds and low transaction fees offered by the Solana network is among the factors that make this network highly favourable to many developers.

There are a significant number of projects already operating on the Solana network, and in just a few months, the total value locked on the network has surpassed $12 billion.

The Solana network was launched just last year, but it has made major gains in such a short time.However, the largest percentage of these gains happened between August and September following an NFT boom in this sector.

The Degenerate Ape NFT was among the reasons why the Solana network and SOL tokens enjoyed major gains.

The Solana blockchain is highly scalable and fast.It is believed that the network can process up to 50,000 transactions per second.

This is significantly higher than what Bitcoin and Ethereum can process.In terms of security, Solana also scores highly because it uses the same security measures used by Ripple and Stellar.

With Ethereum still dealing with a major scalability issue, Solana has the opportunity of tapping a high percentage of the DeFi space as developers start looking for projects that will help them gain more value.Following the network’s scalability, it has been labelled among the “Ethereum killers”, which has made some projects such as Power Ledger shift from Ethereum to Solana.

Cardano is a decentralized public blockchain that also runs as an open-source crypto project.Early last month, Cardano launched smart contracts in a bid to make the project capable of supporting DeFi applications and NFTs .

The launch of smart contracts on the Cardano network was a major advancement because it became the first blockchain platform to shift to a research-driven approach.

Cardano implemented the hard fork upgrade to bring smart contracts to the network, which saw it gain in popularity, and the ADA token made major gains.

Cardano, like Solana, has also been referred to as the “ Ethereum killer .” Cardano uses smart contracts, and it is referred to as a third-generation blockchain, as it has implemented certain features that are meant to b improvements of the Ethereum blockchain.

The Cardano network also scores high on scalability, and the ADA token makes transacti9ons on the network cheap.Cardano also claims to be big on environment-friendliness, compared to earlier blockchains.

The Cardano network was developed by Charles Hoskinson, one of the co-founders of the Ethereum network.Hoskinson has been very vocal about the Cardano blockchain, and he has been among the reasons why the network has become one of the popular ones in the market and why ADA now ranks third by market capitalization.

The gains made by the Cardano network are expected to increase over the coming years, given that the network expects to achieve full functionality by 2024.With the upgrades that will be done on the network to achieve this, it could live up to its label of being an “Ethereum killer.”

Despite Cardano’s efforts to make the launch of smart contracts successful, some critics have stated that the network has still failed to become as scalable as it had promised.After the smart contracts testnet was launched, it suffered from concurrency issues that affected Minswap, one of the first projects to launch on the testnet.

However, Cardano fixed this issue as Hoskinson lashed out at the critics.

The other criticism of the Cardano network is that some believe that the speed at which the network is being developed is slow.Given the fast rate at which the blockchain sector evolves, the network could fail to meet future demands if the upgrades it intends to implement take too long.

Each of the two networks has something special that they bring to the table.Solana offers high transaction speeds and has even been labelled to be the fastest blockchain network.This speed is why the network has gained a lot of attention despite only launching last year.

On the other hand, Cardano’s advantages lie in the network being among the oldest in the blockchains and using a research-driven approach.Cardano’s founder, Hoskinson, is also a major asset to the project because he has created a lot of hype and has always been at the front line to ensure that the network can achieve the recognition it deserves.

Both networks are also fairly new to the DeFi space.While Solana launched last year, its popularity in DeFi only started a few months back.On the other hand, Cardano only recently launched smart contracts .

Therefore, the two networks have some form of a level playing field where they can battle to achieve growth.

Looking at the SOL and the ADA tokens, they have both performed well over the past year.However, Solana takes the lead in terms of gains.In late July, Solana was trading at around $28 before making an almost ten-fold gain in three months to reach highs of $219.ADA’s gains over the recent months do not come anywhere close to Solana’s gains.

When Cardano launched the Alonzo hard fork upgrade, ADA’s value shot to an all-time high of $3.09.Therefore, there is a high chance that if other upgrades are implemented, such highs could be achieved again.

How Sweden became the Silicon Valley of Europe

Fri Nov 26 , 2021
[Change Suite] How Sweden became the Silicon Valley of Europe STOCKHOLM, Aug 11 (Reuters) - As Klarna's billionaire founder Sebastian Siemiatkowski prepares to stage one of the biggest-ever European fintech company listings, a feast of capitalism, he credits an unlikely backer for his runaway success: the Swedish welfare state. In particular, the 39-year-old pinpoints a… 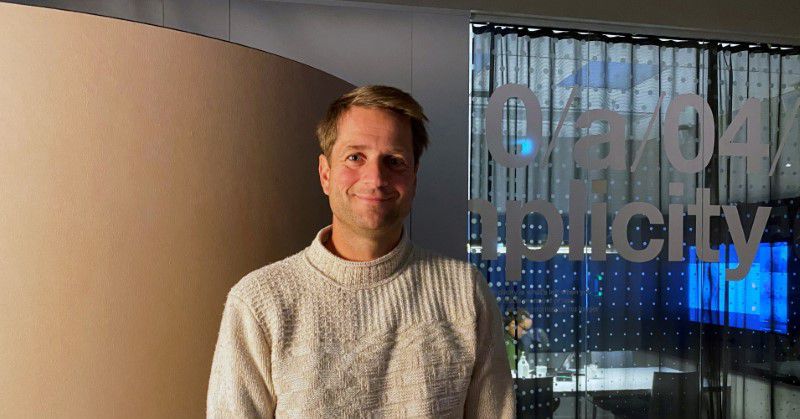