Stocks jumped on Monday, with the three major indexes recovering some of last week’s steep losses as an initial jolt following the Federal Reserve’s updated outlook for rates subsided. The Dow added nearly 600 points, or 1.8%, and had its best day since March.Last week, the index logged a weekly loss of more than 3%…

Stocks jumped on Monday, with the three major indexes recovering some of last week’s steep losses as an initial jolt following the Federal Reserve’s updated outlook for rates subsided.
The Dow added nearly 600 points, or 1.8%, and had its best day since March.Last week, the index logged a weekly loss of more than 3% in its worst showing since October.The S&P 500 and Nasdaq were also each higher on the day.
Treasury yields on the long end of the curve ticked up to recover after a downward slide late last week , and the benchmark 10-year yield ticked back above 1.49% after reaching as high as 1.59% last week.Still, the yield curve has flattened in the wake of the Fed’s latest policy update, and the spread between the five and 30-year Treasury yield narrowed to the smallest margin since August Monday morning, according to Bloomberg data.
Traders this week are continuing to reconsider their investments in light of the Federal Reserve’s new guidance delivered after policymakers’ June meeting last week .In these, Fed officials suggested a higher inflationary path this year and a potentially quicker path to higher interest rates over the next two years.And later in the week, St.Louis Fed President James Bullard — typically known for maintaining a “dovish” tilt among his colleagues at the central bank — compounded concerns after suggesting inflation risks could warrant a rate hike as soon as next year.
“The Fed has started the countdown clock to a rate ‘liftoff.’ Given the pace of the U.S.economic reopening, that’s the only reasonable stance for the central bank to take but it is creating a classic growth scare,” Nicolas Colas, DataTrek co-founder, wrote in a note Monday morning.

“This is why 10-year Treasury yields are pulling back.”
Later this week, investors will receive the latest update on core personal consumption expenditures (PCE), which serves as the Fed’s preferred gauge of inflation.The report due for release on Friday is expected to register a 3.4% year-on-year increase for May, marking the fastest jump since 1992, albeit while still reflecting “base effects” as prices rebound from last year’s pandemic-depressed levels.
Story continues Despite the monetary policy-driven pullback last week, some strategists remained optimistic about the path forward for U.S.stocks, citing a still-improving economic backdrop.
“The Fed gave a little bit of a reason for people to kind of take some gains,” Ross Mayfield, Baird Investment Strategy analyst, told Yahoo Finance.”But this kind of action is in the midst of a structural bull market, a reopening, an economy to really get excited about.

And we think that hasn’t been fully priced into the market yet.[There are] opportunities to add to cyclical sectors, to add to economically sensitive sectors, especially since they’ve been taking it on the chin.”
—
4:06 p.m.ET: Stocks post rebound rally: Dow gains 587 points, or 1.8%, to end five-session losing streak Here were the main moves in markets as of 4:06 p.m.

ET: Households were the biggest source of demand for US stocks in Q1: Goldman Sachs Retail investor participation has continued to be a key driver of equity markets, according to data from Goldman Sachs.The firm said in a note Monday that households were the largest source of equity demand in the first quarter of 2021 after generating net purchases of $172 billion.
“We estimate that households currently allocate 44% of their assets to equities, slightly below the all-time high allocation of 46% in 2000,” Goldman Sachs’ David Kostin said in a note.”But high cash balances and continued retail participation in equity markets should bolster household equity demand.”
Kostin added that he expects households and corporations together will buy an additional $500 billion of U.S.equities through year-end, comprising the two major “incremental buyers” of stocks.
—
11:50 a.m.

ET: Stocks add to gains, Dow outperforms The three major indexes extended earlier advances to trade sharply higher, with both the S&P 500 and Dow up by more than 1.2% heading into the afternoon session.
Shares of American Express, The Travelers Companies and Chevron outperformed in the 30-stock index, which has also served as a gauge of cyclical stock performance.Likewise, the energy, financials and industrials sectors outperformed in the S&P 500, whereas consumer discretionary, communication services and information technology lagged.All 11 major sectors were in positive territory on the day, however.
—
10:00 a.m.ET: VIX shows traders are ‘pricing a fair amount of risk both today and over the next three to six months,’ analyst says The VIX, or so-called “fear gauge” tracking volatility expectations over the short- to medium-term, fell mid-morning on Monday after jumping to reach a one-month high of more than 21.

According to some analysts, elevated volatility may persist as traders ascertain the markets’ moves over the next six months.
“Where we sit today is, the VIX has come off a little bit of where we got last week after the FOMC.It’s pricing a fair amount of risk both today and over the next three to six months.And I think from our perspective it’s that next three to six months part that’s probably the most important,” Stuart Kaiser, UBS head of equity derivatives research, told Yahoo Finance on Monday.
“The front of the curve, the spot VIX, is going to move based on what the S&P is doing on a given day, but those longer-term VIX futures are giving you some sense of how much uncertainty the market expects over the medium term,” he added.”If there was one takeaway from the Fed, it was that there is a lot more uncertainty about what that base case is three to six months out, and we would expect that part of the curve, that part of the uncertainty pricing to be a little more elevated as the market tries to digest exactly what they heard last week.”
—
9:30 a.m.ET: Stocks open higher, recovering some of last week’s losses Here’s where markets were trading shortly after the opening bell:
S&P 500 ( ^GSPC ) : +20.28 (+0.49%) to 4,186.73
Dow ( ^DJI ) : +219.66 (+0.66%) to 33,509.74
Nasdaq ( ^IXIC ) : +29.82 (+0.2%) to 14,060.19
Crude ( CL=F ) : +$0.22 (+0.31%) to $71.86 a barrel
Gold ( GC=F ) : +$9.20 (+0.52%) to $1,778.20 per ounce
10-year Treasury ( ^TNX ) : +2 bps to yield 1.47%
—
9:08 a.m.ET: Crypto-linked stocks fall amid further crackdown on Bitcoin mining, transactions in China Shares of stocks closely tied to cryptocurrencies sank on Monday following signs that China was intensifying its crackdown on the mining and services linked to Bitcoin.
The People’s Bank of China, or China’s central bank, said it convened a meeting with some of the country’s largest banks to urge the firms to enforce bans on cryptocurrency trading and other services.

Follow her on Twitter: @emily_mcck
Read more from Emily:
Inflation: Is it transitory or not?
May jobs report: Economy adds back 559,000 jobs, unemployment rate fell to 5.8%
Charlie Munger on Robinhood and GameStop frenzy: ‘It’s a dirty way to make money’
Charlie Munger says Costco ‘has one thing that Amazon does not have’. 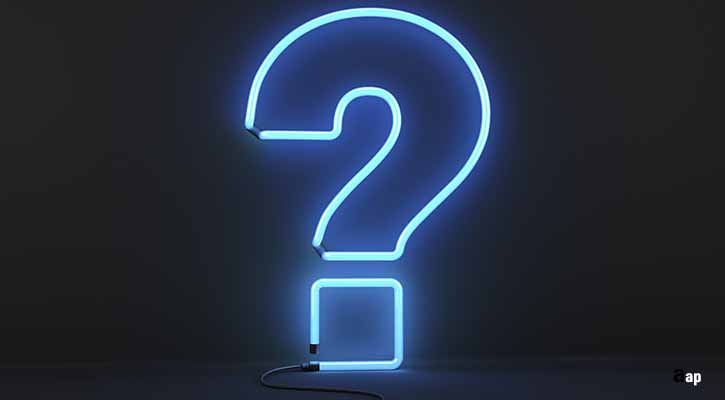